Vice-presidential historian on "Veep": "This is nothing like reality"

As the comedy about a bumbling, inconsequential pol returns, one historian says Selina Meyer is a real joke 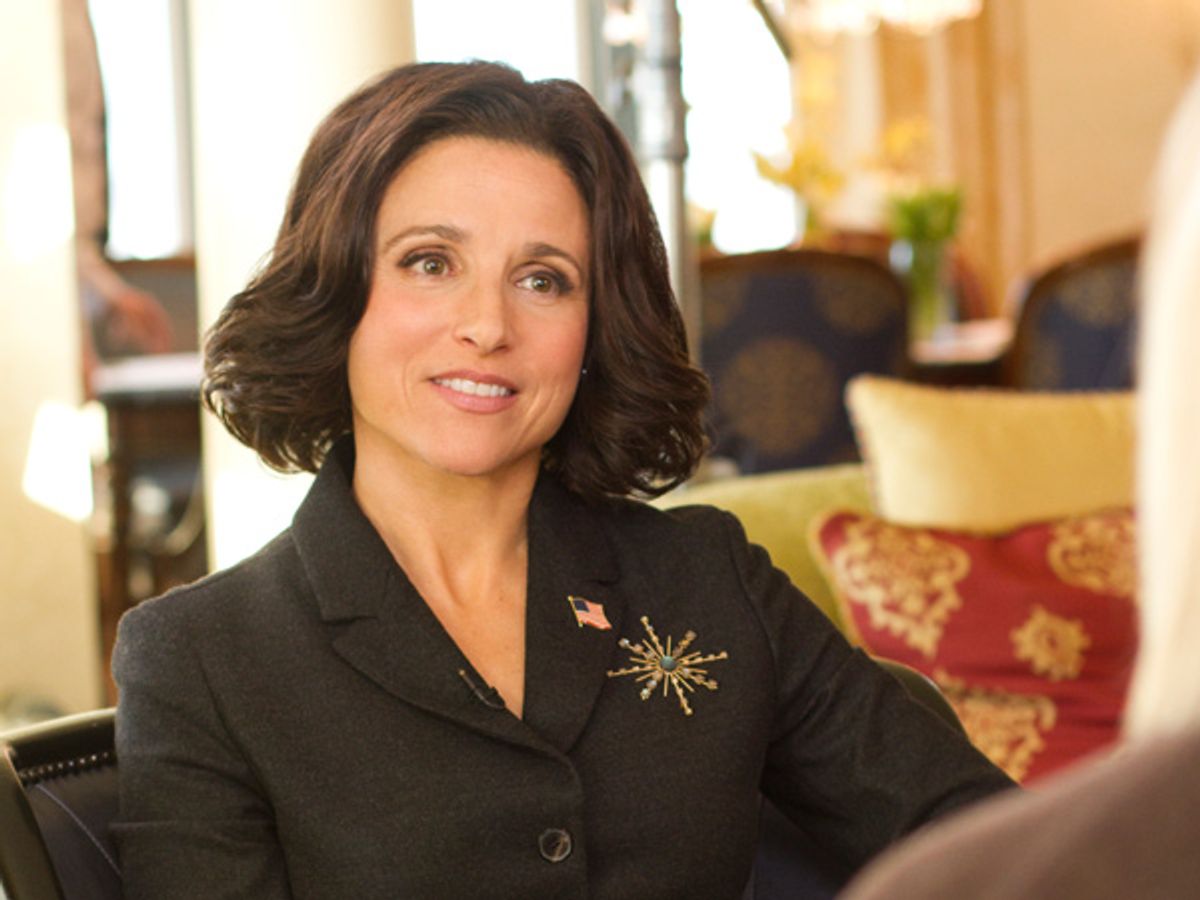 Before the first season of "Veep" premiered last year, star Julia Louis-Dreyfus was sure to stipulate just how much work she'd done to ensure her performance as a disempowered vice president was realistic. She told an assembled group of critics:

“What was most interesting to hear was what was it like living at vice president’s residence. What’s the reality of that? It’s surprisingly small. Where does the secret service go? What happens if you have to get up at midnight to go to bathroom? I was interested not in the grandeur of it, but the real nitty gritty of it. Certain questions were not answered directly and I thought that was interesting.”

While Louis-Dreyfus may have nailed the questions about the security detail on "Veep," the show's second season (beginning Sunday) has a long way to go on the broader strokes, said vice-presidential historian Joel Goldstein, of Saint Louis University, who watched some but not all of season 1.

"I really like Julia Louis-Dreyfus, and I think she's terrific, but when I saw the show, my reaction was -- this is nothing like reality. Since Mondale, the vice president has really been a big deal."

But the inaccessibility of the president -- who's never seen on-screen and with whom the fictional Vice President Selina Meyer never interacts -- is unrealistic, said Goldstein. And her attempts to consolidate power, not unlike more nefarious veeps' plots on "Scandal" or "Homeland," also rang false for Goldstein, who argued that vice presidents are privy to the decision-making processes. They don't have to plot in order to be in the room, he said, citing the unrealistic example of "The West Wing's" V.P.: "If something important is happening, the vice president is in the room. Hoynes [played by Tim Matheson] was a rival. Hoynes was someone to be managed.

"Mondale's successors have all taken on some portfolios. Presidents have come to see vice presidents are someone who can help them. Biden can help with the fiscal cliff or the START treaty. Bush looked at Cheney as someone who could manage things after 9/11." (Not that Biden receives much respect from an Onion-reading populace that's seen him as something of a joke since he was elected -- perhaps it's easier to view the man or woman who's just short of being president as a big dope, due to the impossible nature of their just-short-of-absolute power.)

We informed Goldstein that in the new season, Selina Meyer has received a portfolio -- working in international diplomacy. He was enthusiastic. "Foreign leaders might want to tell something to a vice president that they might be reluctant to tell the State Department. Perhaps she becomes an important courier of info back to the president that contributes to national security."

Hopefully there are jokes there, too.