Save your cash -- forget OFA!

The president’s outside group won’t help his agenda in Congress, or affect the course of the Democratic Party 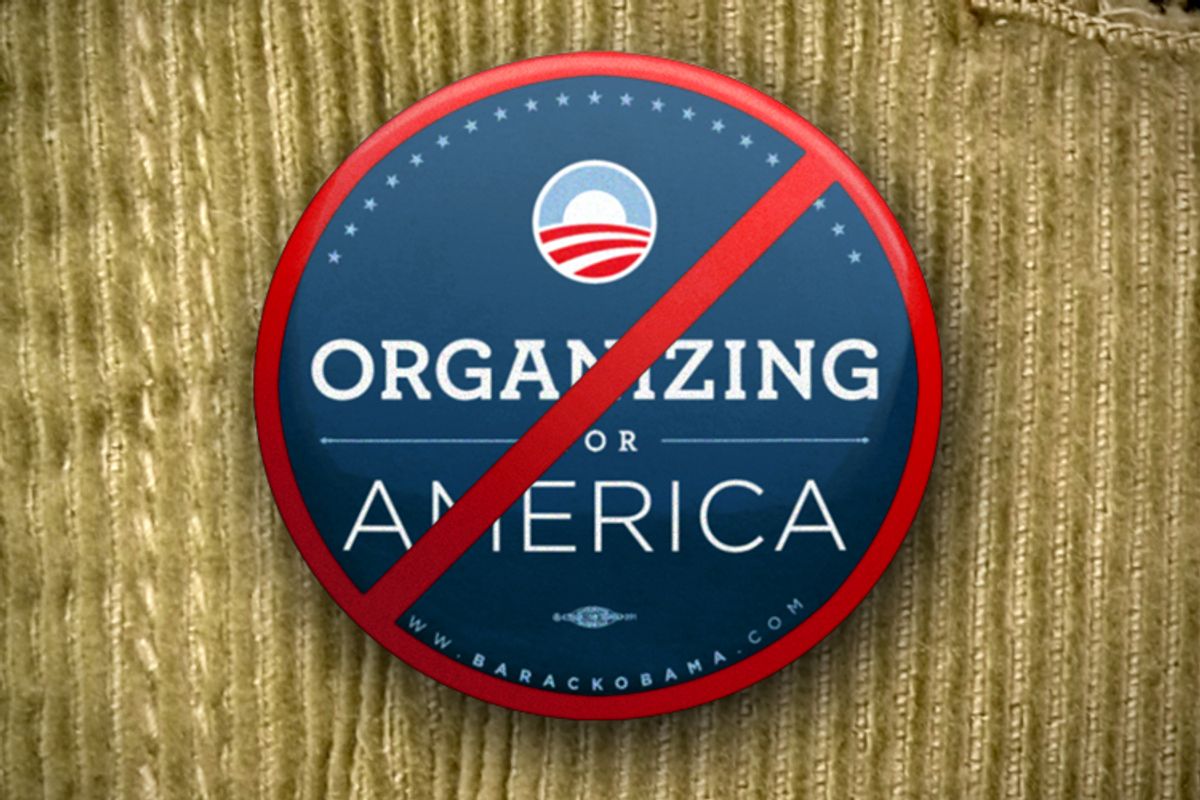 Organizing for Action, the Obama campaign successor organization that is supposed to generate grass-roots support for the president’s agenda, released its first financial report late this week. It raised close to $5 million, money that is being spent to support such Obama initiatives as the gun bill currently in the Senate and the upcoming immigration bill.

So, if you want to support Obama’s agenda, and you want to make the most efficient donation you can, should you send money?

Nope. Here’s the thing. There are basically two reasons to support OFA, and both of them, I’d argue, can be better accomplished by putting your money elsewhere.

The first purpose of OFA would be to directly help the president’s agenda in Congress. It’s not particularly likely, however, that OFA, no matter how much money it can raise, could do that. Political scientists have found very little success for the presidential strategy of going over the heads of Congress in hopes that voters can pressure their representatives to do what the president wants.

Could an organized outside group change that? It’s unlikely. Presidents already have the ability to change the agenda; they already have a loud enough megaphone that any additional advertisement or organized action is unlikely to make much of a difference. It is true that members of Congress tend to respond to constituent pressure, and it’s certainly possible that OFA could act as sort of a force multiplier leading to somewhat more constituent pressure … but to the extent that members will identify that pressure as organized partisan pressure, they’ll probably discount it. Why? Because it’s giving them relatively little new information. Every member of Congress already knows about organized party activists in his or her district, and therefore tends to discount it (as opposed to the rare sudden surges of interest in an issue by ordinary citizens, or the ability of interest groups to remind members of their local clout).

A second reason to donate to OFA might be to affect the course of the Democratic Party. That’s a very worthwhile goal, but it’s hard to see how action within OFA is an efficient way to do it, even if as the group evolves it does a good job of responding to grass-roots actors.

The truth is that for both of these purposes, there are better uses for your money. One possibility is giving directly to the interest groups involved. But perhaps the best option is to start giving, now, to candidates for Congress in the 2014 election cycle.

To put pressure on Republicans in swing districts and states to support popular items that their conservative intense supporters don’t like, the best thing that anyone can do is to convince them that their primary electoral incentive lies in winning general elections, rather than being scared of primary challenges. How to do that? Fund their challengers! Seriously, which do you think Republicans in marginal seats are worried about: some ads more than 18 months from the election urging votes for an issue – or a well-funded war chest for a serious challenger? Without the latter, the former is just window dressing.

Meanwhile, to influence the Democratic Party, the best way is through activism in 2014 primary elections. The point here is just the mirror image of the previous one; the way to convince reluctant Democratic incumbents that they should side with liberals is to threaten their renomination. That’s for those senators and members of the House who are to the right of where a Democrat from their districts “should” be. At the same time, perhaps the easiest way to influence Democrats in Congress is by affecting nominations in open seats in good Democratic districts. Indeed, even in statewide Senate contests but especially for House seats, these elections are small-scale enough that small groups of activists (or individuals with big checkbooks) really can make a difference.

Indeed, in these nomination contests, more is at stake than simply the positions the candidates take on public policy issues. Winning candidates try to carry out what they’ve promised, and that includes which issues to spend time on in Washington. It also can include their relationship with the president, if that was a part of the campaign: get Democratic candidates to run on going to Washington to help Barack Obama, and if they win they really will be more likely to support the president.

Now, I should add one important caveat. As a quasi-party organization formed from the Obama campaign, OFA is something new. And in politics, there’s always the chance of something new happening. But then again, I’m not saying that OFA is a waste of money – I’m just saying that there are better uses of resources.

If you can make a difference on that scale, that’s where real change happens.