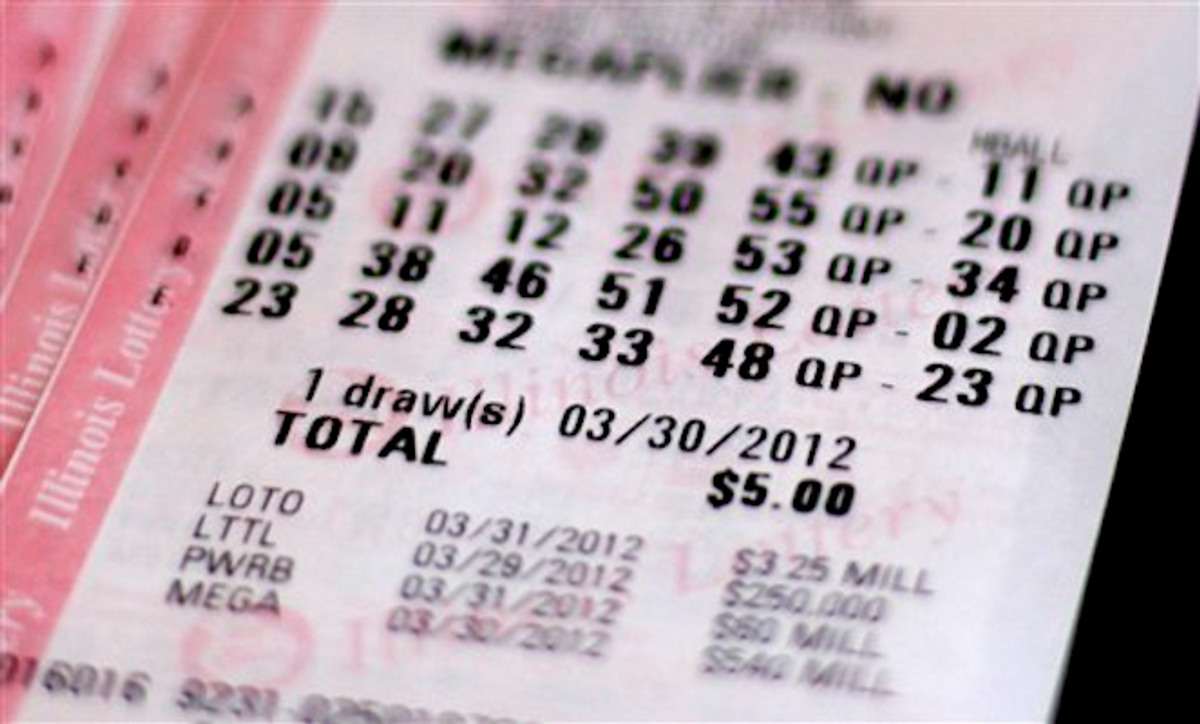 State lotteries amount to a hidden tax on the poor. They eat up about 9 percent of take-home incomes from households making less than $13,000 a year. They siphon $50 billion a year away from local businesses—besides stores where they’re sold. And they are encouraged by state-sponsored ads suggesting everyone can win, win, win!

State lotteries, which once were illegal, now exist in most states. What many people don’t know about lotteries is that they prey on those who can least afford it; most people never win anything big; and 11 states raise more money from lotteries than from corporate taxes. Beyond the moral, mental health or religious debates over gambling, lotteries are another example of how society preys on the poor and the working-class.

Let’s look at why state lotteries do far more harm than good—especially at the bottom of the economic ladder.

1. Legalized gambling is almost everywhere. Legalized gambling is available in every state except for Utah and Hawaii. This includes state lotteries, which are in 42 states, Puerto Rico and Washington DC. Lotteries were illegal for most of the 20th century, but that changed in 1964 when New Hampshire—a state without an income tax—reinstituted a state lottery. The first lotteries predate the American Revolution, but those mostly privately run efforts were so corrupt they were completely prohibited by every state in 1894.

2. They suck billions out of the economy. In 2009, $50.4 billon was spent on state lottery tickets and video kiosks. The government pocketed $17.9 billion of this total in 2010, which breaks down to 30 percent in profits and 8 percent in administrative costs, including advertising. The rest went to prizes and commissions to stores selling the tickets. Many corner stores could not remain open without the income from lottery sales.

3. They are a tax from anti-tax politicans. Tax-averse Democrats and Republicans have increasingly been relying on state lotteries to subsidize basic public programs like schools instead of raising taxes for that purpose. In 11 states—Delaware, West Virginia, Rhode Island, Oregon, South Dakota, Georgia, Michigan, Ohio, South Carolina, Texas and Washington—the lottery raised more per person than corporate income taxes. “The long-term shift in tax burdens from capital and corporations to individuals and their activities is perhaps best illustrated by the rise of state lotteries,” wrote tax expert David Cay Johnston, calling lotteries “the most heavily taxed consumer product in America.”

4. They hit the poorest the hardest. “Simply put, lotteries take the most from those who can least afford it,” wrote economist Richard Wolff. “Instead of taking those most able to pay (the principle of federal income tax in the U.S.), state leaders use lotteries to disguise a regressive tax that falls on the middle and even more on the poor.” A 2010 study found that households with take-home incomes of less than $13,000 spent on average $645 a year on lottery tickets, which is about 9 percent of their income. The reason people play lotteries varies, but it mixes hopes and dreams with desperation: poorer people see it as a slim chance to radically improve their standard of living.

5. Communities of color, less-educated spend the most. Numerous academic studies have found that non-whites spend much more on lotteries than whites, with one study putting the figure at $998 for African Americans and $210 for whites. Household with incomes under $25,000 spent an average of about $600 a year, while $100,000-plus earners spent about $300 year. People who never graduated from college spent the most, about $700 a year, while graduates spent under $200.

6. They redistribute money up the economic ladder. Most people buy tickets and win little or nothing. This is taking more money from the poor, working and lower middle-classes than from those most able to pay taxes. These billions also are diverted away from local businesses—with the exception of the stores where tickets are sold. “This is exacty the opposite of the kind of economic stimulus a depressed economy needs,” wrote economist Wolff.

7. They give the wrong message about solving poverty. Lotteries reinforce libertarian political messages, suggesting that everyone needs to take individual action in response to socirty’s inequities, even though the government has helped well-connected individuals, businesses and industries become rich for decades. This easy money for states diverts political debate away from society-wide analyses and solutions to what prevents people from moving up the economic ladder. Instead, it pushes individuals in marginal circumstances toward gambling as their hope for gain.

8. They amount to one of the highest investment tax rates. Another way to look at the social policy hypocrisy surrounding state lotteries is to skip the moral dimension—the religious objections to gambling, the mental health costs of gambling addition, the hidden state income tax—and just compare the tax rates on this form of investment with tax rates on other types of inventments, such as stocks. State lotteries impose a 38 percent tax rate on buying tickets, according to Johnston. No taxes are paid when a person buys a stock or bond, a more preferred investment vehicle for wealthier households. Moreover, the current federal tax rate for earnings from short-term investments—held less than a year—ranges from 10 to 35 percent.

9. Hypocritical when compared to state drug laws. One of the rationales for criminalizing drugs is that abuse leads to addiction, which harms individuals, families and society at large. But state-sponsored gambling also feeds addictive behavior—people who are addicted to gaming, including lotteries. “I work in a convenience store and the way some people are addicted to the lottery is downright sickening,” wrote toddpugz, responding to a DailyFinance.com report on the topic. “I see people every day who scrape together their last few pennies to play the lottery. Even worse are the ones who claim the lottery is ‘fixed’ but continue to play it on a daily basis. And let’s not forget those who actually ‘study’ past numbers thinking it will give them some insight into the next day’s numbers.”

10. Big winners often see their lives unravel. One of the surprises that comes with winning the lottery—for the rare few who win big—is how a fast infusion of money can wreck families, disrupt friendships and even invite violent crime, con-men, and targeting by jealous family members. Some winners spend all their winnings in no time. Others just use it to fuel more gambling binges.

Revenue-strapped state legislatures may see state lotteries as an easy way to bring in the hundreds of millions that they need for basic government services—schools, police, roads and social safety nets. But state lotteries have become an easy way to take from the least wealthy Americans and avoid the harder task of making everyone pay their fair share. State lotteries may be as old as America, but so is the country’s history of economic exploitation.