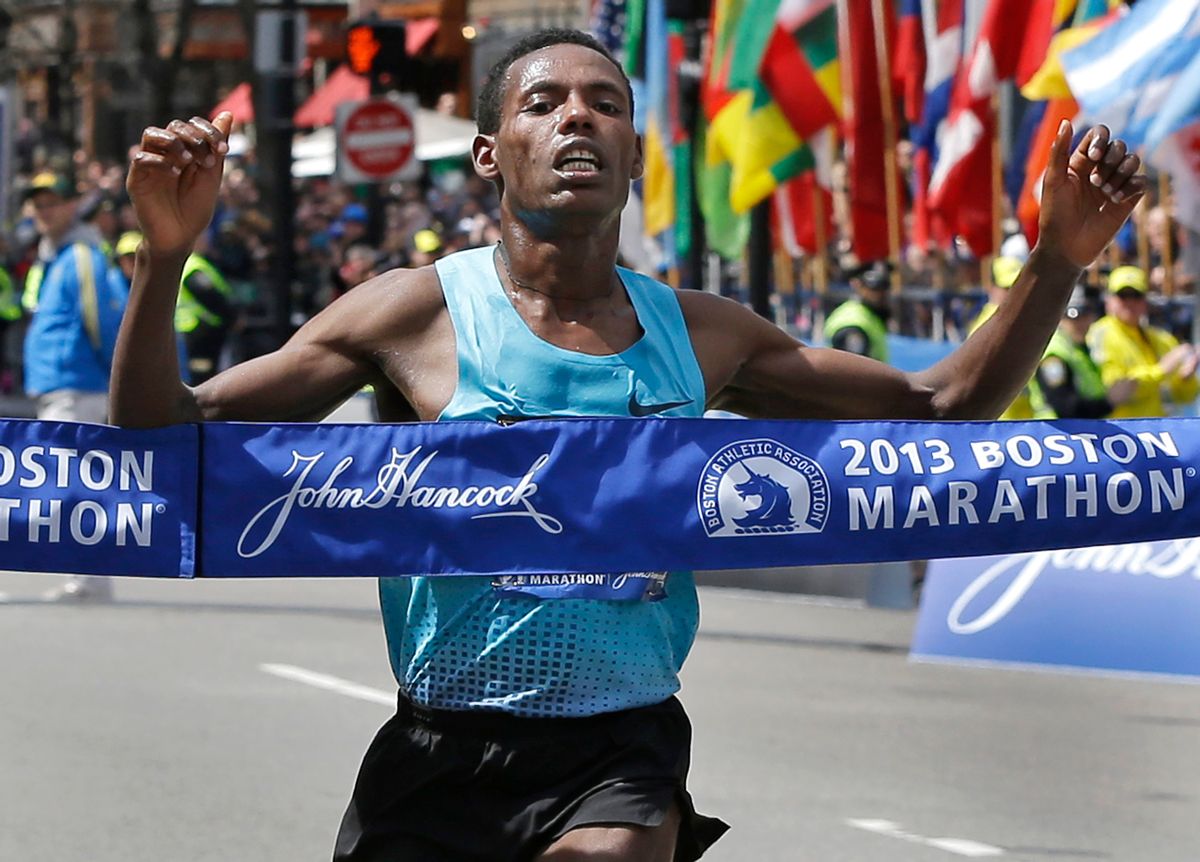 Lelisa Desisa of Ethiopia crosses the finish line to win the men's division of the 2013 Boston Marathon in Boston Monday, April 15, 2013. (AP/Elise Amendola)
--

BOSTON (AP) — Lelisa Desisa of Ethiopia has won the 117th edition of the Boston Marathon.

It's just his second race at the 26.2-mile distance. Desisa outsprinted two other East Africans down Boylston Street to win in 2 hours, 10 minutes, 23 seconds.

Rita Jeptoo won the women's race earlier Monday. It was her second victory in Boston, and her first win in a major race since taking two years off to have a baby.

Shalane Flanagan of nearby Marblehead was fourth in the women's division.