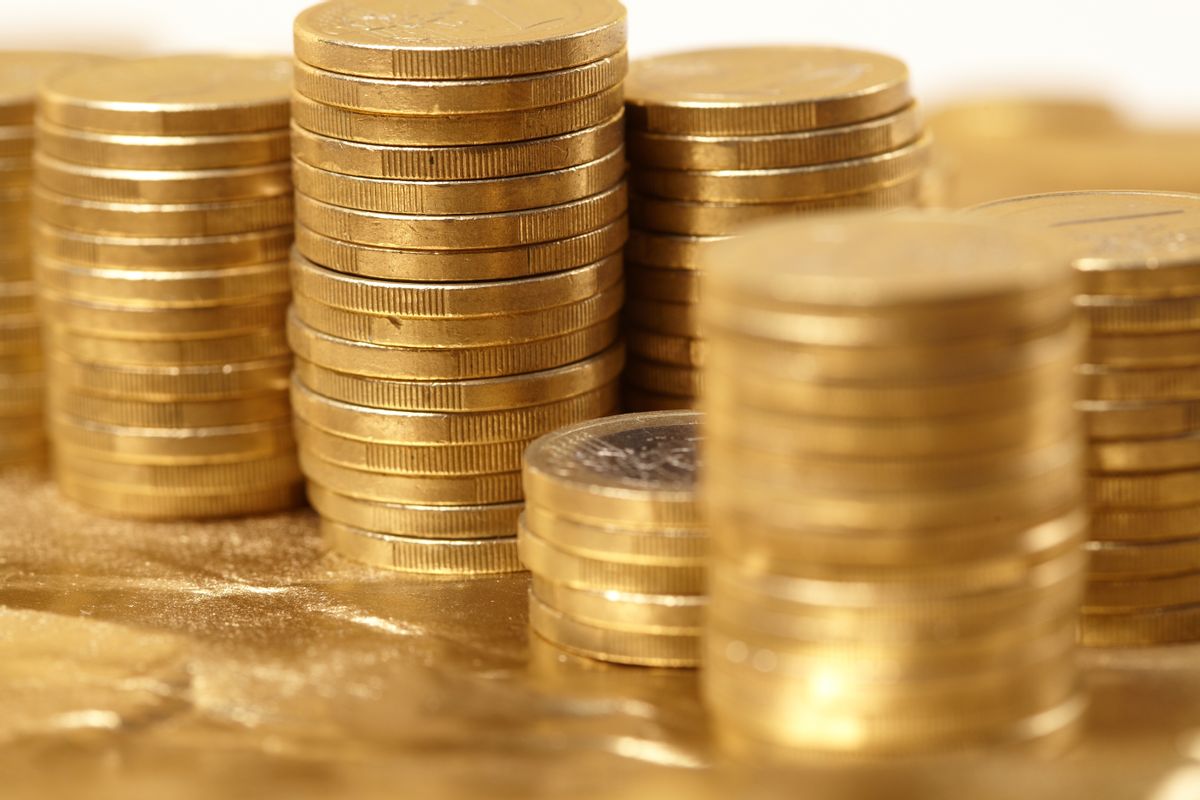 BRUSSELS, Belgium — Gold is usually seen as a safe haven for investors in times of trouble, but it seems the euro crisis may have turned financial wisdom on its head again.

The price of gold dropped as low as $1,384.60 an ounce on Monday, its lowest level in more than two years.

The news comes after leaked documents last week revealed that the European Commission advised Cyprus to sell off 400 million euro ($524 million) from its gold reserves, which spooked markets big time, triggering fears that other, bigger euro-zone debtors could also be pressured to dump their bullion on the market.

Stan Shamu, market strategist at IG Markets in Melbourne, said that gold's losing value can largely be blamed on fears stemming from that news.

“This is after ECB President Mario Draghi put pressure on Cyprus to sell its excess gold reserves to help fund the bailout and plug a 6 billion euro gap," he wrote in a note to investors that the Wall Street Journal obtained.

"Although Cyprus is yet to decide how it’ll fund the gap, these comments have rattled investors and caused the selloff," Shamu added.

Putting some of that on the market could put a sizeable hole in their debts, but fear of a fire sale would also push down prices which is why, until last week's leaked EU plan for Cyprus, no one has been planning to sell.

The euro zone impact on the gold crisis has been compounded by other factors — fears of a Chinese economic slow down have hit a range of commodities, including gold.

There is also a growing view that the gold had risen to unrealistic levels, especially due to the lack of inflation risks in the world economy. Conversely increased confidence in the US economy many have persuaded some investors to switch from metal to shares.

Silver, platinum and copper prices have also tumbled. Of course, investors have predicted the economic collapse of gold for years, and many investors had long given up on gold and other precious metals, ABC News reported. Last week, Goldman Sachs also predicted gold prices would tumble.

Though Cyprus' gold sale by itself would not be significant, the potential sale has created fears that other indebted euro zone nations could also be under pressure to sell their reserves.

"If Cyprus can break the gold market, then [there are] many reasons to be worried, with Slovenia, Hungary, Portugal, Spain and Italy in line," Milko Markov, an investment analyst at SK Hart Management, told the Guardian.