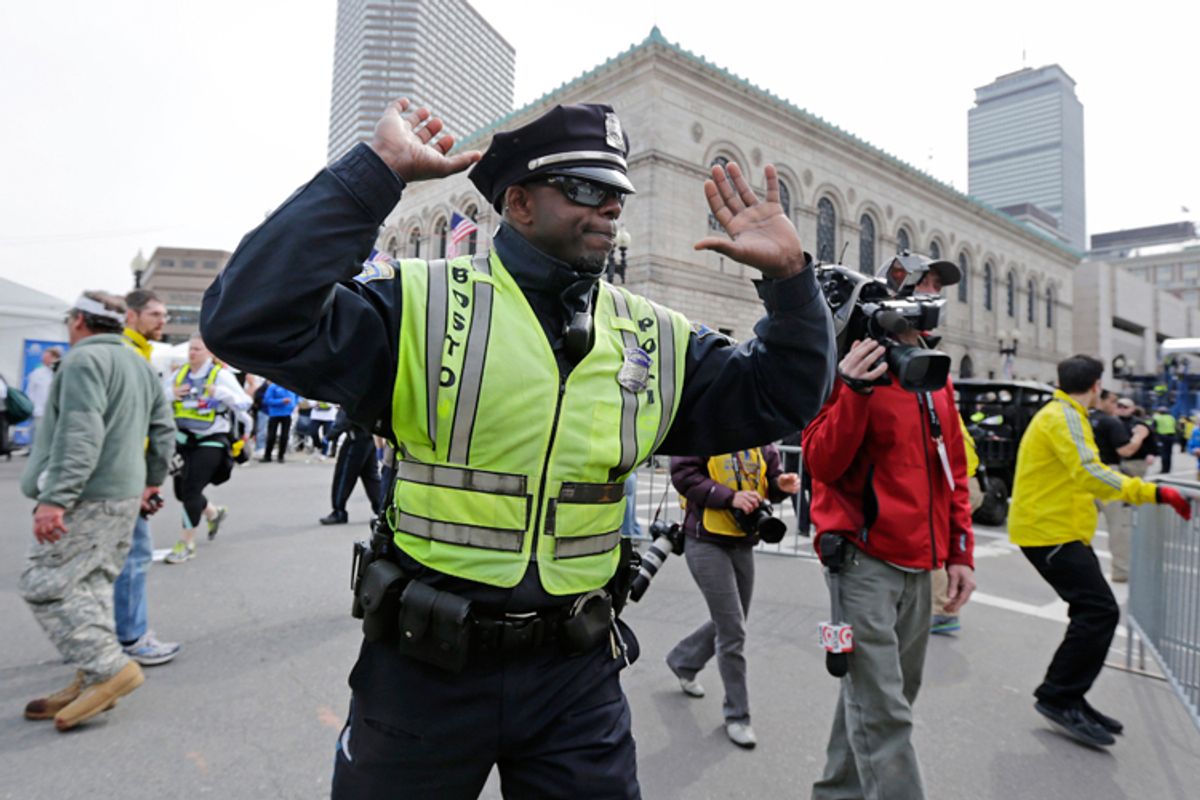 Following the explosions at the Boston Marathon this afternoon, conservative Washington Post blogger Jennifer Rubin tweeted that she wasn't going to write about the issue, because, "It is a local crime story for now."

The comment is a sarcastic reference to the Kermit Gosnell controversy, in which conservatives claim that the mainstream media has been covering up the horrific crimes of the Philadelphia doctor accused of performing illegal abortions. Her colleague at the Post, health policy reporter Sarah Kliff, tweeted last week that she wasn't writing about the case because, "I cover policy for the Washington Post, not local crime." The tweet prompted outrage among pro-lifers.

Responding to Rubin on Twitter, numerous people criticized her for politicizing the tragedy in Boston and dismissing its importance, even sarcastically. "Pathetic," conservative writer Justin Green responded.