At least 5 people have been killed, and the seism was powerful enough to be felt in Karachi, Pakistan 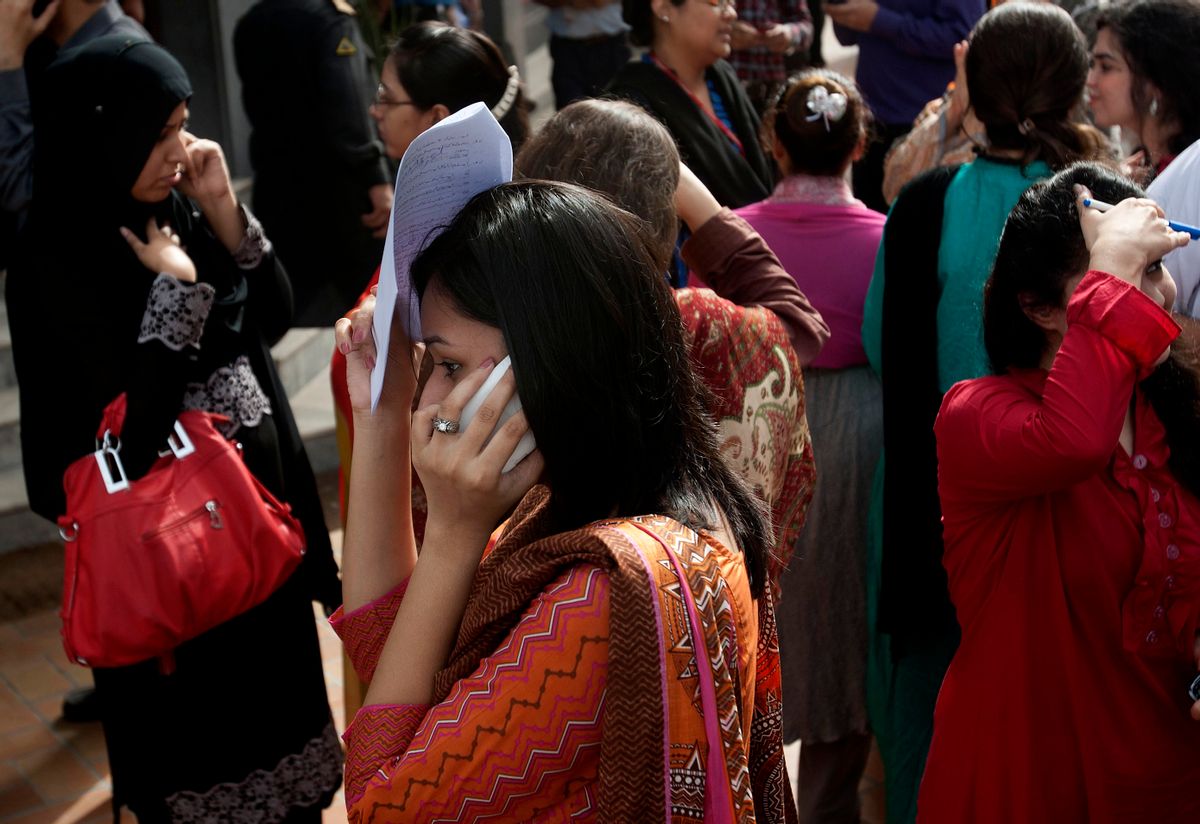 A powerful earthquake struck the southeast of Iran on Tuesday, causing tremors across the Middle East.

State-run Press TV is reporting that at least 40 people were killed in the quake, which hit in Sistan and Baluchistan province on the border with Pakistan.

Pakistani officials told Reuters that at least five people died in Pakistan, reportedly a family whose house collapsed on top of them, while hundreds of buildings were damaged.

One Iranian official said it was the biggest tremor to hit the country in 40 years, and "we are expecting hundreds of dead."

Iran's Seismological Center measured the quake at 7.5 on the Richter scale, though the US Geological Survey put it higher, at 7.8. It struck at a depth of 9.4 miles, according to the USGS.

The seism was powerful enough to be felt in Karachi on Pakistan's east coast, in Dubai and other Gulf cities and even as far away as Delhi in northern India.

The area of Iran surrounding the epicenter is mountainous and sparsely populated, though the cities of Saravan, Khash and Zahedan lie nearby.

According to Iran's Fars news agency, most rural houses in the province are made of mud brick and are likely to have suffered severe damage.

All communications in the area are reportedly cut off, making it difficult to assess the full extent of the destruction. A spokesman for the Iranian Red Crescent said five rescue teamshad been dispatched to survey the situation.

The tremor comes a week after a 6.3-magnitude earthquake hit Bushehr province in southwest Iran, killing 37 people and injuring 850.

The country sits on major faultlines and has experienced several devastating earthquakes.