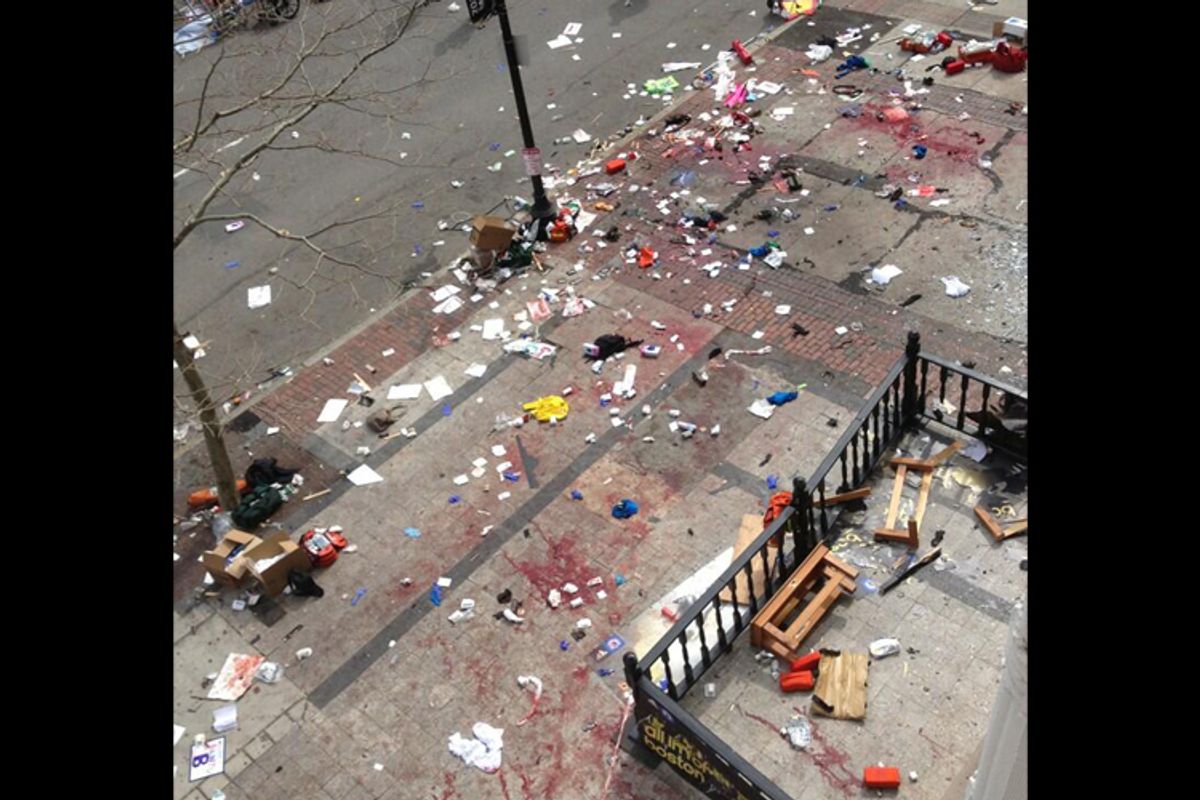 BOSTON (AP) — Police say at least three people have been killed in the explosions near the finish line of the Boston Marathon.

The explosions Monday also injured more than 130 people, knocking spectators and at least one runner off their feet.

Some of the victims lost arms and legs. Other injuries included broken bones, shrapnel wounds and ruptured eardrums.