The school said it was not releasing any additional information, pending permission from the student's family 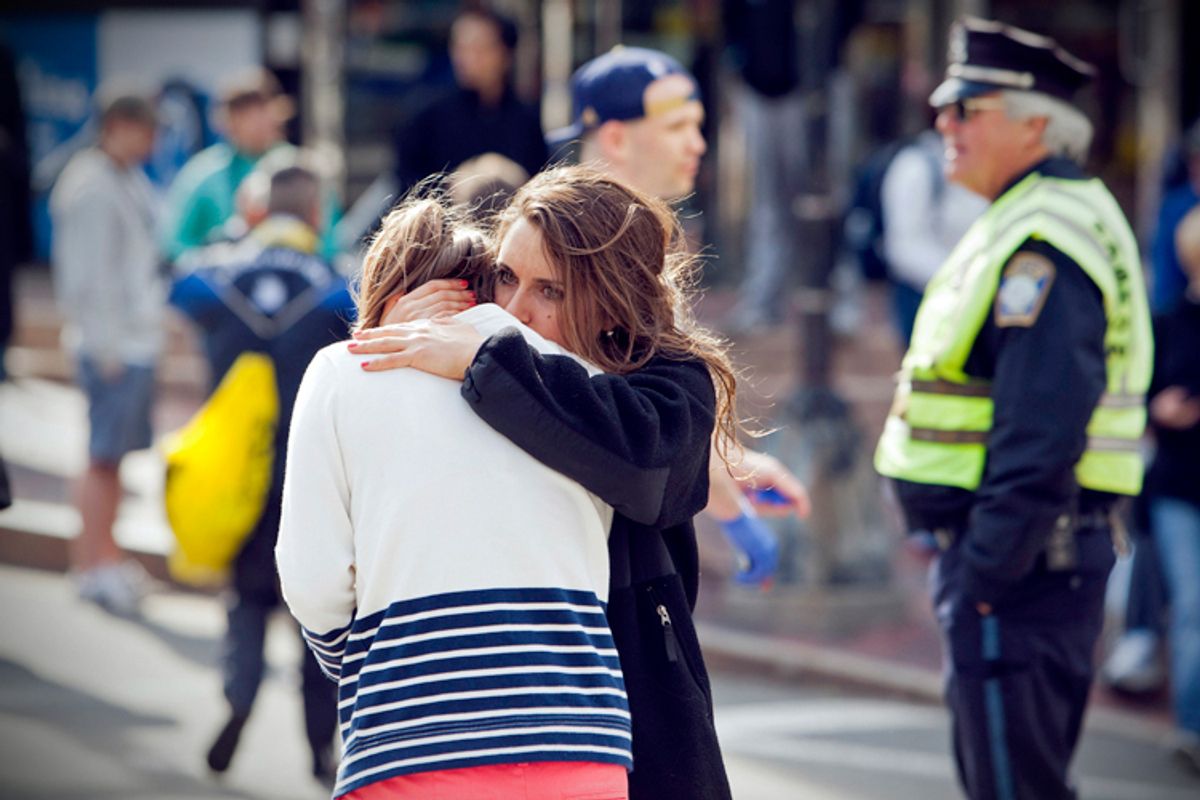 BOSTON (AP) — Boston University says a graduate student at the school was one of the three people killed in the bombings at the Boston Marathon.

In a statement late Tuesday afternoon, the school said it was not releasing the name or any other information about the student, pending permission from the family.

The statement says the student was with two friends who were watching the race at the finish line, not far from the university's campus. One of the friends, also a grad student at the university, was injured and is at Boston Medical Center in stable condition.

The two other victims who died have been identified as 8-year-old Martin Richard, of Boston, and 29-year-old Krystle Campbell, of Medford.

More than 170 people were injured.