Marathon victims had "variety of sharp objects" in wounds 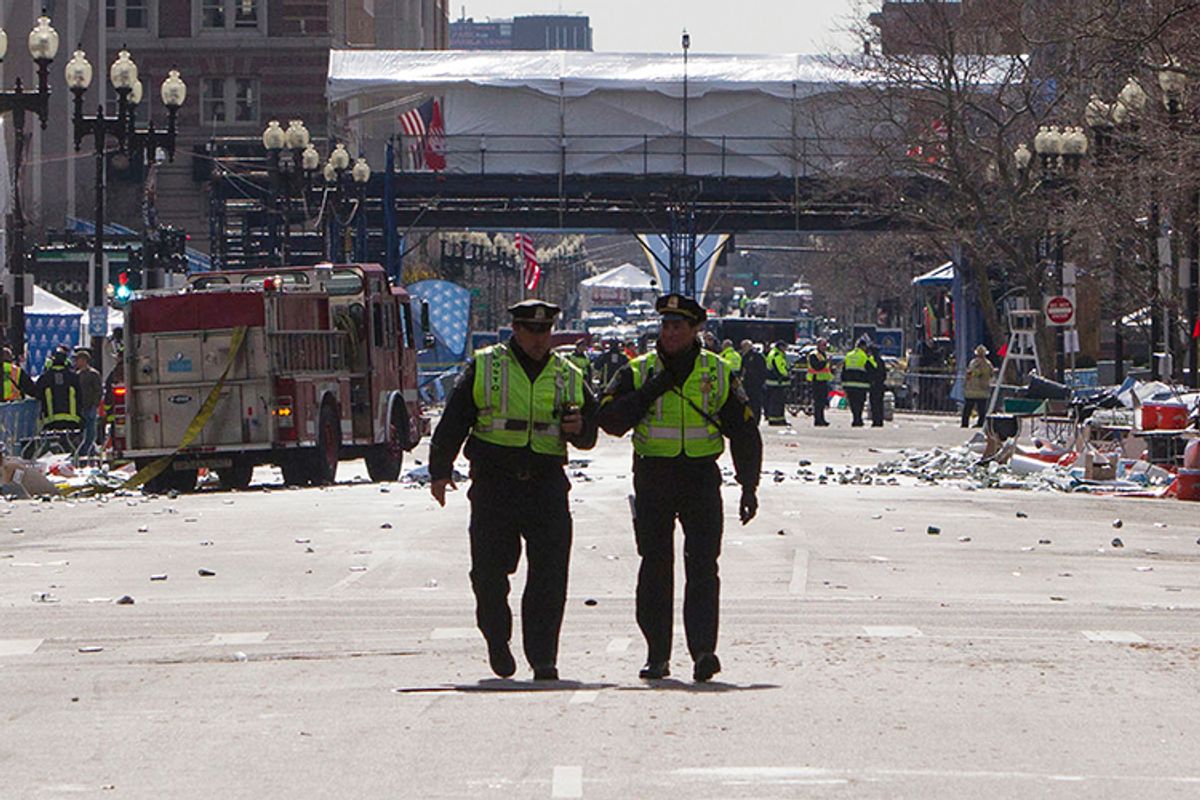 Boston police officers patrol down Boylston Street near the scene of multiple explosions near the end of the Boston Marathon finish line in Boston, Massachusetts April 15, 2013. (Reuters/Scott Eisen)
--

BOSTON (AP) — Massachusetts General Hospital's chief of trauma surgery says doctors removed "a variety of sharp objects," including pellets and nails, from the wounds of victims of the Boston Marathon explosions.

Dr. George Velmahos said Tuesday that in his opinion the metal fragments came from the bomb and not from the environment.

Velmahos says MGH treated 31 victims of the bombs that exploded in quick succession on Monday. The hospital performed four amputations and he said at least two more patients have legs that are still at risk of amputation.

Dr. Stephen Epstein of the emergency medicine department at Beth Israel Deaconess Medical Center says he saw an X-ray of one victim's leg that had "what appears to be small, uniform, round objects throughout it — similar in the appearance to BBs."