Conan, Craig Ferguson and Jimmy Kimmel took a break from entertainment to address the bombing 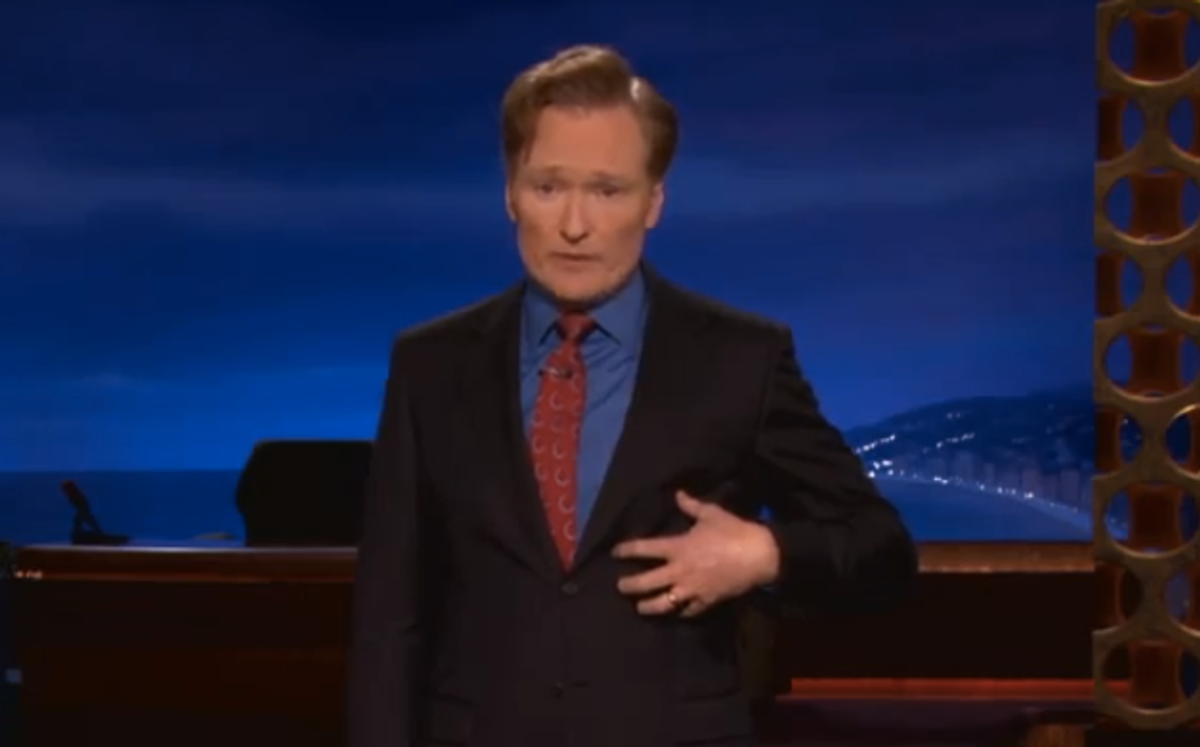 The Boston Marathon explosion, which has been described like "a war zone" by the media, continues to weigh on the minds of Americans as officials search for answers. Last night, late night show hosts faced the unenviable challenge of attempting to distract Americans from the tragedy while still remaining sensitive to the horrific events that transpired only hours earlier.

Conan O'Brien, who is from Boston, reacted to the news by expressing his heartfelt concern, saying, "Boston's my hometown. It's where I grew up. It's where my family lives."

"Late Late Show" host Craig Ferguson delivered an emotional rant at the opening of his show, saying, "Is anybody else sick of this [bleep]? I seem to have to say that too often."

Jimmy Kimmel also addressed the tragedy with a touch of self-deprecating humor: "It's a disgusting thing, I don't understand it, but my job is to make you laugh and so I will try to make you do that. I will probably fail. I am failing already."