Patton Oswalt helps save the day

A pitch-perfect piece spreads on social media -- even when we don't want to laugh, we need comics to tell the truth 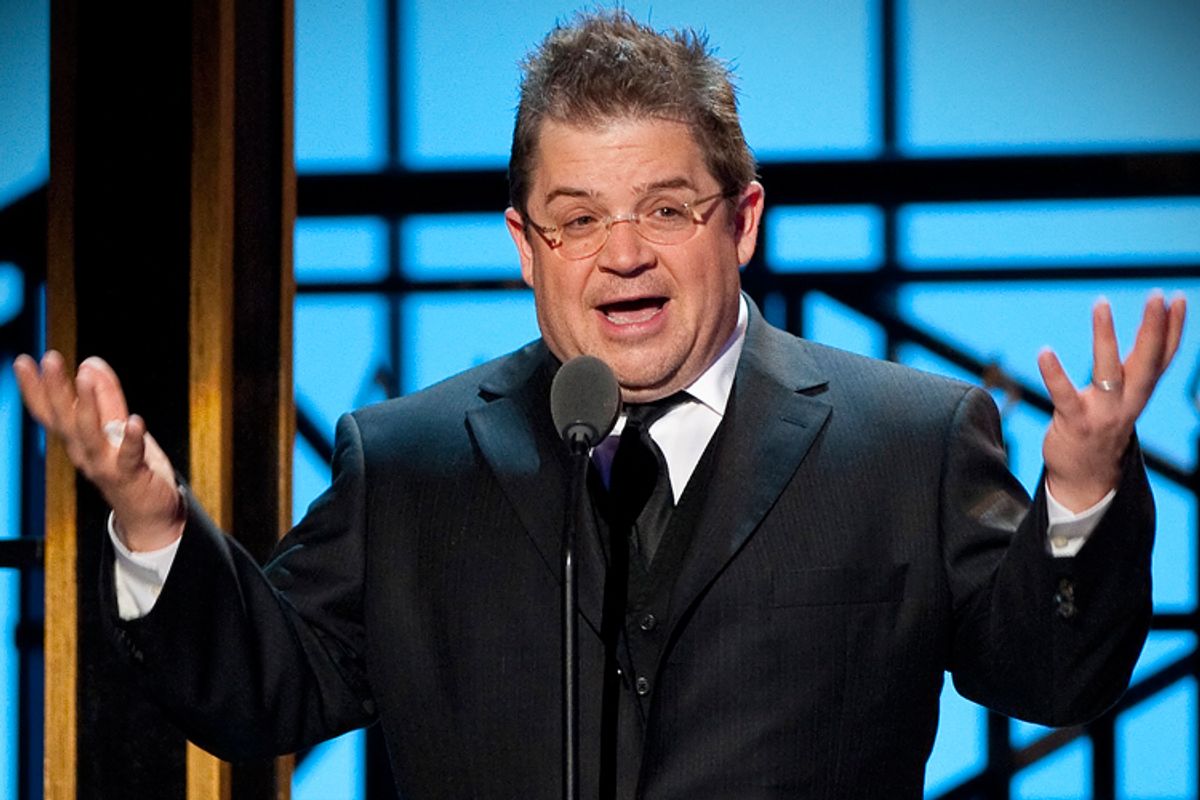 We crave catharsis after trauma — think of the Onion’s brilliant 9/11 issue, or its weary, pitch-perfect “Fuck Everything, Nation Reports” response to the horrific Newtown shootings last year. Feelings of helplessness can pile up only so far before despair sets in, and despair is a formidable enemy. Sometimes we need to be shocked out of it, and comedians are our best public friends in those times, unfettered by the ties of propriety and message that bind political and religious leaders.

The old chestnut “comedy is tragedy, plus time” still holds true — really, there is such a thing as “too soon” — but in dark times, we still need comedians to tell the truth. Patton Oswalt’s Facebook post in response to the Boston Marathon bombing shows us why comedians can offer the best response to tragedy, even when they’re not being funny.

Now that we’re trained to follow events online as they develop and respond communally in real time, the sheer amount of raw information and emotion in times of disaster can be overwhelming. We feel the need for some kind of healing perspective faster, more keenly than ever as we refresh our feeds over and over, waiting to get closer to the truth. But when we’re still reacting to blood on the ground, when it all feels very close, the renewal we’re to feel after that purifying laughter feels very distant, the shock too jarring and close. In the meantime, where do we put our rage and our grief?

Every time I see the late, sweet Mister Rogers’ advice on how to help children deal with tragedy (“Look for the helpers”) shared online, I think, yes, that’s an appropriate thing to tell a child. Now, can anyone alive share anything that will make an adult feel less bewildered by willful mayhem? Journalists are working. Poets are slow.

As early reports were still flying about the crime scene at the marathon, Oswalt took to Facebook to share his reaction. We might not be used to this level of sincerity from the self-deprecating stand-up who coined “Bowls of Shame,” but somehow it feels more appropriate to seek comfort in the fumbling words of a guy we trust to not ever try to shovel-feed us platitudes.

“But here's what I DO know. If it's one person or a HUNDRED people, that number is not even a fraction of a fraction of a fraction of a percent of the population on this planet. You watch the videos of the carnage and there are people running TOWARDS the destruction to help out. (Thanks FAKE Gallery founder and owner Paul Kozlowski for pointing this out to me). This is a giant planet and we're lucky to live on it but there are prices and penalties incurred for the daily miracle of existence. One of them is, every once in awhile, the wiring of a tiny sliver of the species gets snarled and they're pointed towards darkness.

But the vast majority stands against that darkness and, like white blood cells attacking a virus, they dilute and weaken and eventually wash away the evil doers and, more importantly, the damage they wreak. This is beyond religion or creed or nation. We would not be here if humanity were inherently evil. We'd have eaten ourselves alive long ago.”

One thing that is amazing about good comedians is how skilled they are at condensing our messy, human reactions to trauma and tragedy. They do it on a small scale every day, rising to the occasion when we lose our individual capacities to process the terror and banality of senseless violence. They can name the absurdity we feel in the face of horror — our utter smallness, so sharp in contrast to how large we normally feel in our own minds — and help us defy it. Great comedians like Oswalt help us do so even when it’s still too early for laughs.