Adam Johnson's "The Orphan Master's Son" was in the top 10 on Amazon.com as of midday Tuesday 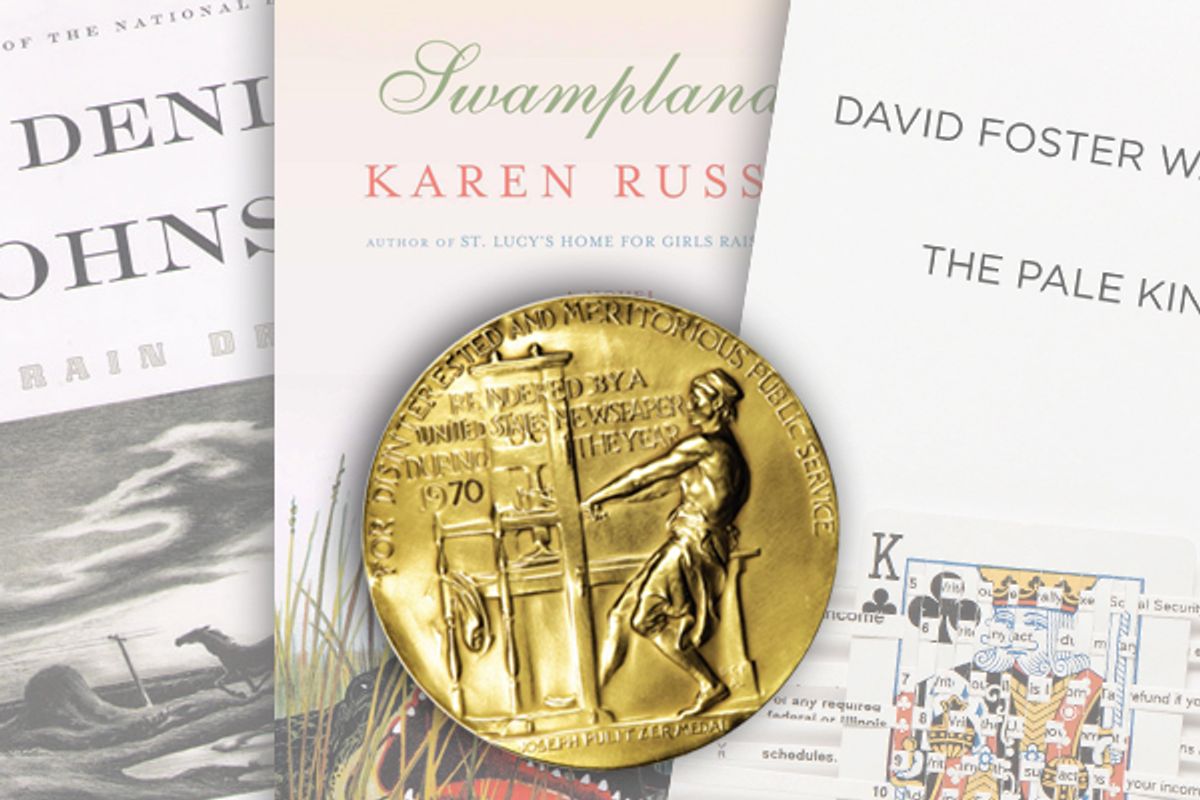 Details from the covers of "Train Dreams," "Swamplandia!" and "The Pale King"
--

Adam Johnson's "The Orphan Master's Son" was in the top 10 on Amazon.com as of midday Tuesday, a day after the novel received the Pulitzer. The paperback edition was out of stock for one to three weeks, although the book remains available in electronic format.

No fiction prize was awarded in 2012, a decision which angered publishers and booksellers who count on the Pulitzer as a sure way of increasing sales.

Paper editions of other winners announced Monday also were out of stock on Amazon.com, including Sharon Olds' poetry collection "Stag's Leap" and Tom Reiss' biography "The Black Count."