Read our salon on gun violence and the Boston investigation 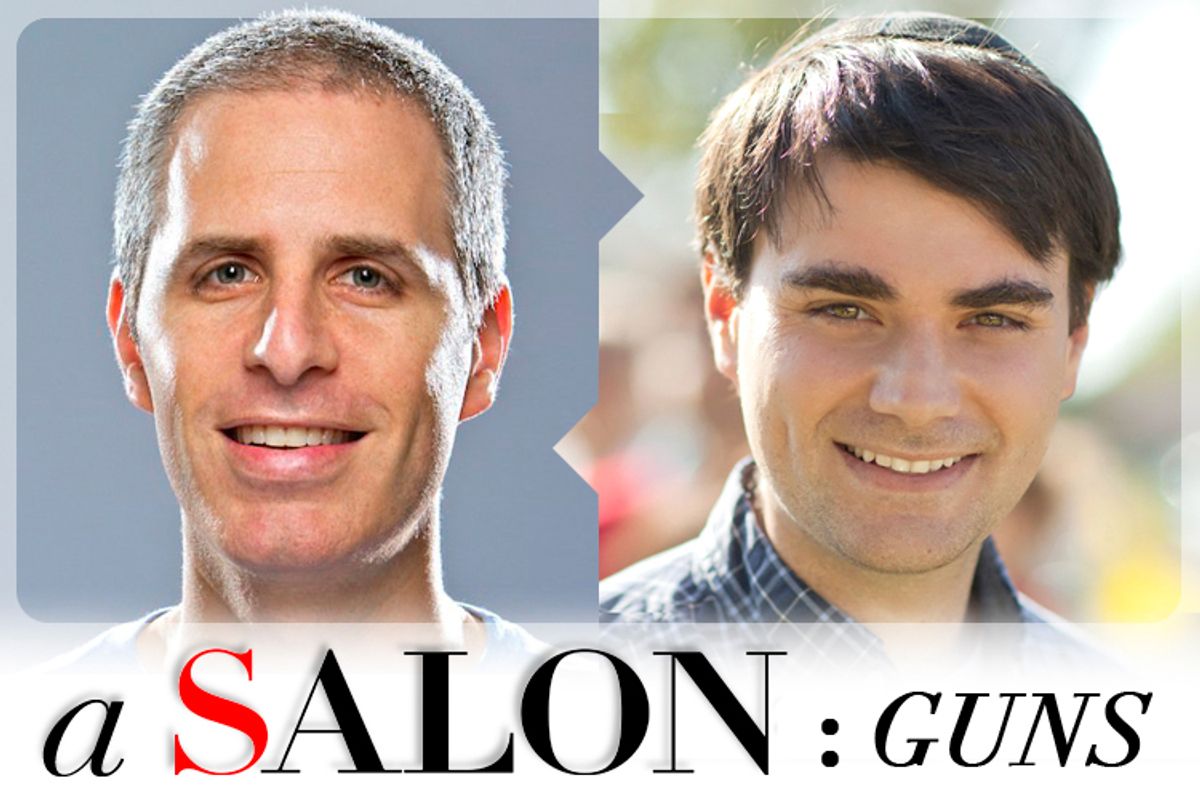 Update (3:30 EDT): As we follow this story out of Boston, this chat has been postponed for now. Please stay tuned for the new start time. Thank you.

Original post: The gun reform bill currently being discussed in Congress faces an uncertain fate. And while few on either side of the issue are pleased with the "compromise," which focuses on background checks with some exemptions, the question remains: What is the best way to make Americans more safe from gun violence? As we watch the political drama play out, we asked two commentators with divergent views (and a zeal for debating) to discuss the issue with us — and you.

David Sirota is a columnist for Salon and frequent cable TV guest who has written frequently on the politics and importance of gun reform. Ben Shapiro is the editor-in-chief of Breitbart.com, who famously took on Piers Morgan and opposed an assault weapons ban, among other measures. At 3:30 p.m. EDT, they’ll engage in a back-and-forth right here in a real-time Salon. Submit your own thoughts in the comments section, and we’ll do our best to bring you in on the discussion, too.