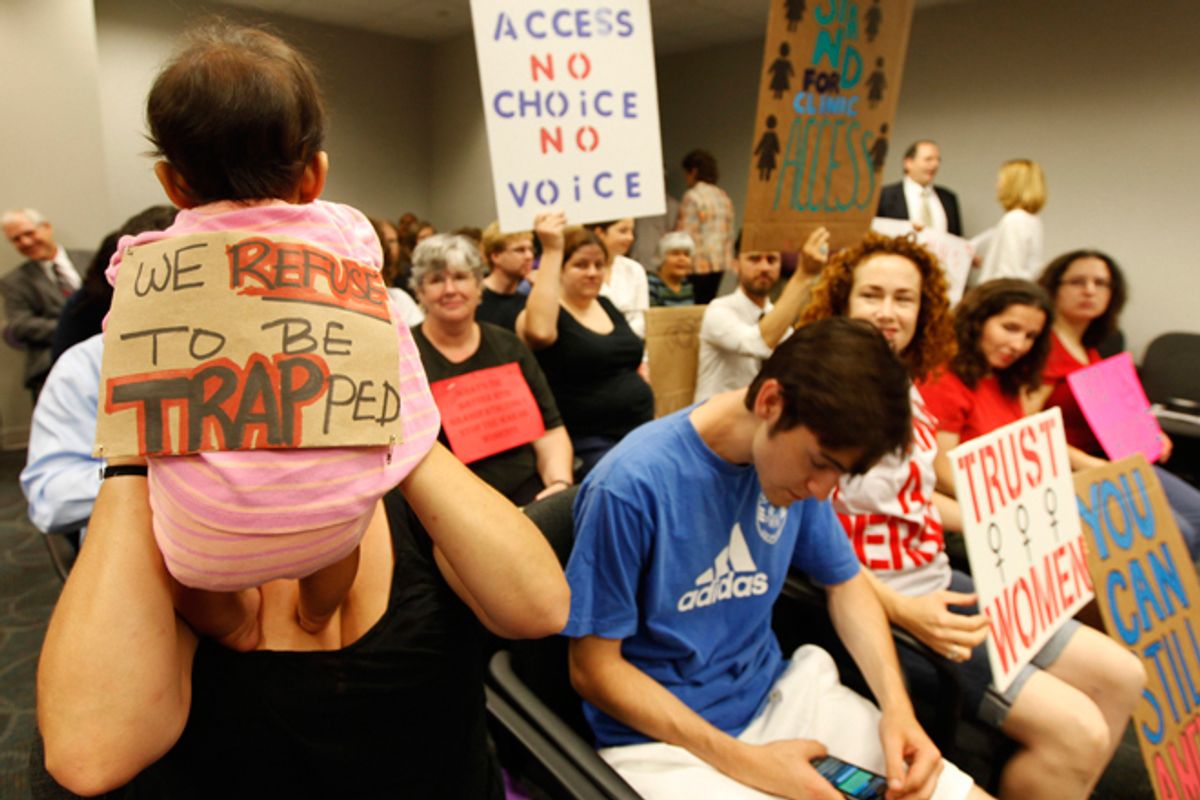 The American Civil Liberties Union and the Center for Reproductive Rights have filed a lawsuit to block an Arkansas law banning abortion care after 12 weeks from going into effect.

Arkansas Gov. Mike Beebe had vetoed the extreme measure in March, citing concerns that it violated Roe v. Wade and that subsequent legal challenges would prove "very costly to the taxpayers of our state" as the "costs and fees [of defending an unconstitutional law] can be significant." The Legislature overrode Beebe's veto in March.

The suit seeks a preliminary injunction against the law, which is set to take effect in July.

“This law is one of the most dangerous assaults on women’s health that we’ve seen in decades,” said Rita Sklar, executive director of the ACLU of Arkansas. “We may not all agree about abortion, but we can all agree that this complex and personal decision should be made by a woman, her family, and her doctor, not politicians.”

Talcott Camp, deputy director of the ACLU Reproductive Freedom Project, sees the legal challenge as a signal to elected officials that women "won’t stand for this political intrusion into our personal and private decisions.” Camp told Salon that the Arkansas ban is a "blatant violation of a protection that has been in place for 40 years and reaffirmed for 40 years" and expects a positive ruling from the court.

As does constitutional law professor and associate dean at the University of Arkansas Stephen Sheppard, who told Bloomberg News that the ban “has no chance of surviving a careful constitutional challenge,” adding: “You have to protect the rights of women, and this does not."