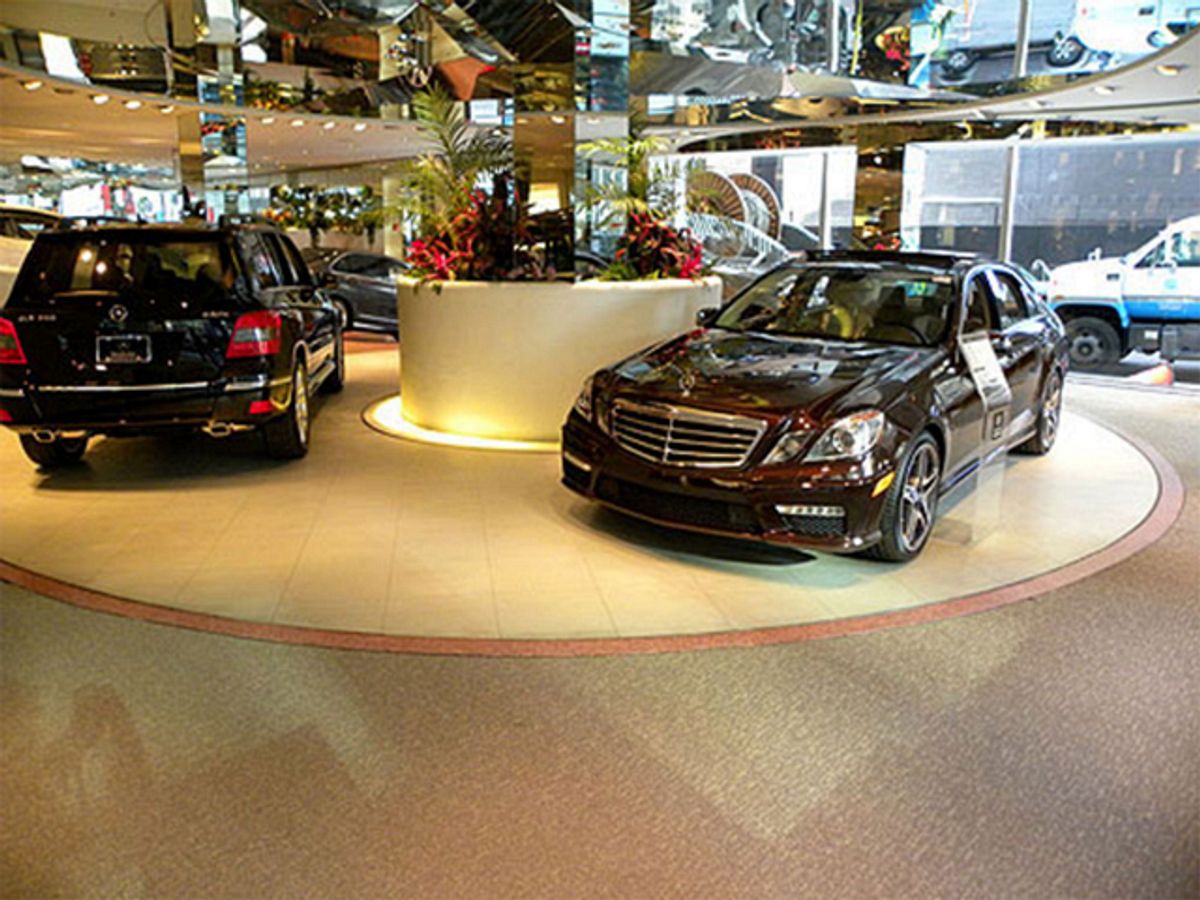 It’s shocking that a building designed by one of the biggest architects of the past century could disappear so quickly and quietly, but last month Frank Lloyd Wright’s auto showroom on Park Avenue was demolished and the architectural world is just now feeling the reverberations.

“It’s a national tragedy simply because there are not that many Frank Lloyd Wright design commissions left in America — and truly not that many in New York City,” Simeon Bankoff, the executive director of the Historic Districts Council in New York, explained over email. “There were three, now there are two. Frank Lloyd Wright is arguably America’s greatest architect — he’s definitely our country’s most famous one. Even given a question of the individual significance of the showroom within Wright’s extant oeuvre, it should not have been casually thrown away, but rather studied and discussed.”

Mercedes, which had used the showroom since 1957, vacated the space at the end of 2012 when their lease expired, and the showroom was demolished sometime between March 28 and April 3 of this year. As Crain’s New York reported, on March 22 the new owners were called by the Landmarks Preservation Commission to convey the city’s consideration of designating the showroom a landmark. Just after this on March 28 is when the owners of the building, Midwood Investment & Management and Oestreicher Properties, reportedly contacted the Department of Buildings for a demolition permit, which was approved that day. As Matt Chaban with Crain’s wrote: “Ironically, it was the Landmarks Commission’s good intentions, and a disconnect between it and the Department of Buildings, that doomed the dealership.”

The remaining Frank Lloyd Wright structures left in New York City are the Crimson Beech, or Cass, house on Staten Island, and his icon, the Guggenheim Museum. The sleek showroom on Park Avenue and 56th Street was completed in 1955 as the Hoffman Auto Showroom. Max Hoffman is a legend with the auto set, having been one of the first to import cars from Europe to the United States, including those from Porsche, BMW, Jaguar, and Mercedes. Wright, who would also work on a house for Hoffman on the Long Island Sound, had designed the 3,600 square feet of the showroom for Hoffman to sell Jaguars, complete with a gleaming jaguar statue leaping from the planter at the center of a rotating display platform wrapped by the curve of a ramp where additional cars could be shown. However, by the time it opened, Hoffman had moved to selling Mercedes instead, and the jaguar never got its place of honor in the center of Wright’s “machine age” design.

If the spiraling ramp seems rather familiar, it’s likely Wright was influenced by the over a decade he had been spending on the design for the Guggenheim, which started construction in 1956. In 1982, the showroom got a gleaming makeover with mirrors all over the place, including the ceiling, and in 2002 more modern metallic and glass touches, as well as an expansion, altered the original architecture. The turntable platform by that time was also sadly long dead, along with much of the automobile glamor that Hoffman and Wright had instilled in the space. However, although obscure among even architecture buffs, it was still at its core a Frank Lloyd Wright building, which is what makes its demolition so surprising.

A representative with the Frank Lloyd Wright Building Conservancy directed me to their online statement, where their executive director Janet Halstead stated:

An interior leased space presents some special challenges in terms of preservation. It is not common but it is possible to landmark such spaces. There are 115 interior landmarks in New York such as the Rainbow Room at Rockefeller Plaza, which was designated in 2012, and the lobby of the Chrysler Building. We wanted the Hoffman Auto Showroom, even in its altered state, to join that great New York list.

As for what could be done to prevent further destruction of architecture history like this in the city? Bankoff responded:

That’s an enormous question and one which we, as a preservation organization, have struggled with. Obviously architectural surveys are a start but this was an instance where the site had been identified and it didn’t help. Several years ago, my organization proposed legislation to delay demolition of significant structures in order to properly assess whether they were worthy of preservation, but it was killed by the political forces of the real estate industry. The city agency responsible for identifying and protecting historic buildings, the Landmarks Commission, needs to be strengthened and more empowered to do its job, but as long as the real estate lobby continues to wield as large a stick as it does, there is not much chance for lasting reform.

Now walking down Park Avenue where Wright’s modernist showroom once stood, you will see this: signs that a TD Bank is coming soon.