Marco Rubio is giving away free phones too? 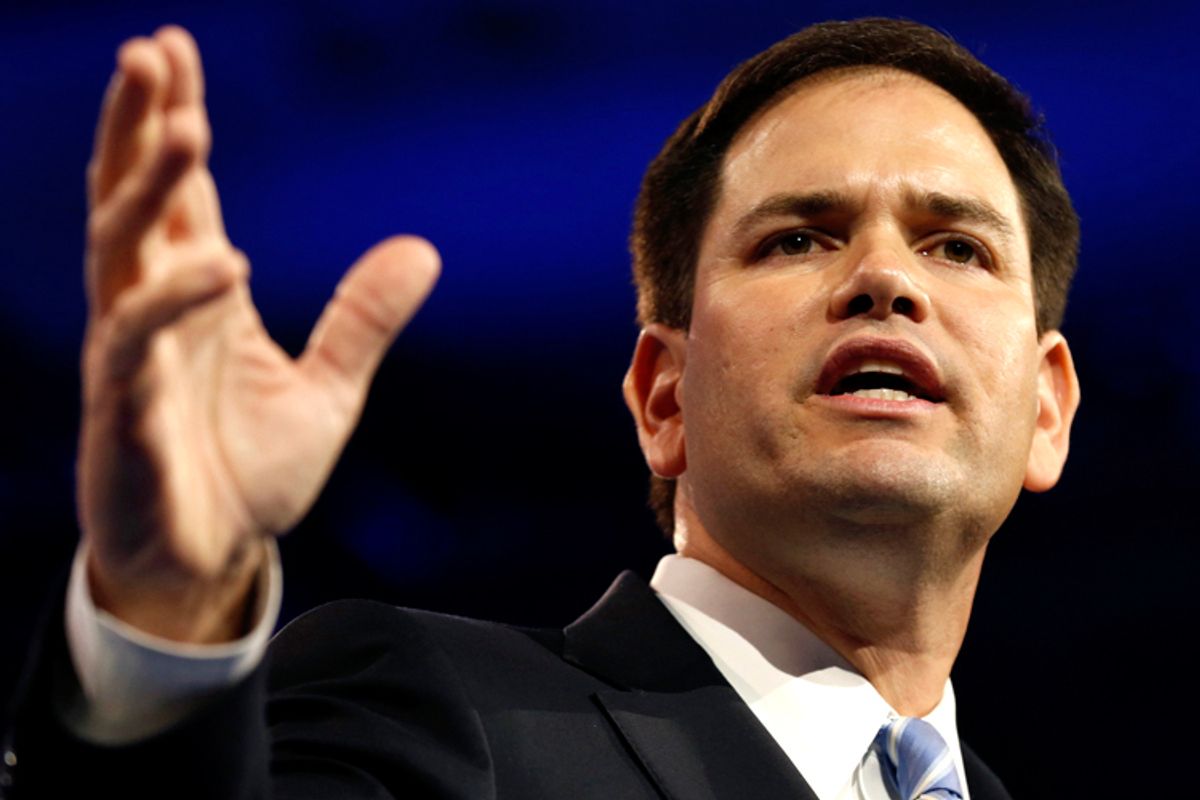 Hey, at least wacky conservative rumor-mongers are fair, in their own peculiar way. They seem just as willing to fire their brain-dead artillery at members of their own party as they are at Obama.

Remember the "Obama phone" -- the completely ridiculous right-wing obsession on the idea that the Obama administration was handing out free phones to welfare recipients? Which turned out actually to be a Reagan-era program that provided discounts to low-income phone users?

Well, now there's a "Marco phone" -- as in Sen. Marco Rubio, proponent of a new immigration bill filed this week.

According to the newly filed bill, immigrants who are allowed to enter the United States under a work visa, will be "granted" a taxpayer funded cellular phone. Move over “Obama phone,” we present the new ‘Hola, Como Estas?!’ MarcoPhone.

Pretty much every word in that paragraph is incorrect, as Rubio hastened to explain during an interview with conservative radio talk show host Laura Ingraham on Wednesday.

The actual language of the bill refers to a program for subsidizing the purchase of satellite phones for U.S. citizens who live in border regions without cellphone coverage. The purpose of the program is to enable those citizens to report suspicious border activity to law enforcement authorities. It is, as Rubio tried to explain to a remarkably obtuse Ingraham, part of the border security package in the immigration bill, and not any kind of handout to immigrants.

Poor Rubio. His national political aspirations are going to come under more than enough heavy fire from the left for any potential presidential candidate to handle. But when your own side tries to drown you in half-baked conspiracy theories ... well, it just goes to show, as Josh Barro tweeted, that "no argument is too dumb for the conservative echo chamber."