State Rep. Peter Hansen defended his use of synecdoche in subsequent messages 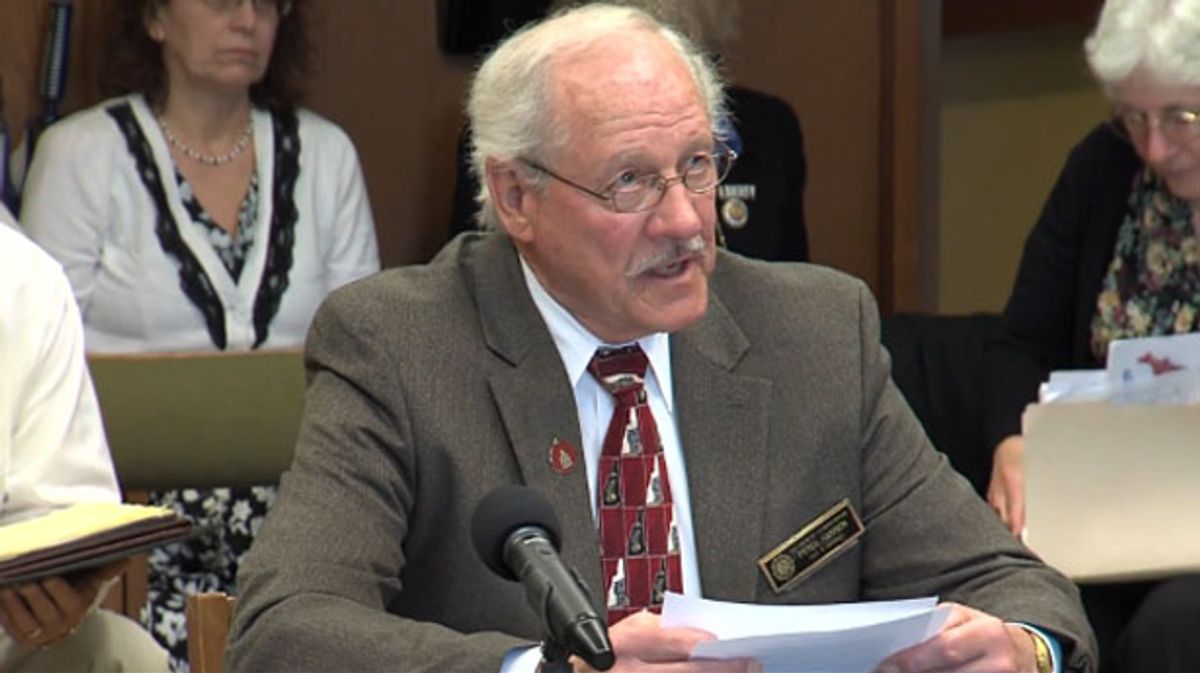 New Hampshire state Rep. Peter Hansen referred to women as "vaginas" in an email to colleagues sent on the Legislature's official internal listserv. In response to a message debating a "stand your ground" measure being considered by the State House, the Republican lawmaker wrote:

What could possibly be missing from those factual tales of successful retreat in VT, Germany, and the bowels of Amsterdam? Why children and vagina's of course. While the tales relate the actions of a solitary male the outcome cannot relate to similar situations where children and women and mothers are the potential victims.

"Children and vagina's"??!! Are you really using "vaginas" as a crude catch-all for women? Really? Please think before you send out such offensive language on the legislative listserve.

Shame on Representative Hansen — we will do everything in our power to ensure voters in his district know about his demeaning rhetoric. Women are more than their reproductive organs. We are daughters, sisters, mothers, students, professionals, and community leaders. We deserve more than being referenced by our body parts.

Hansen initially remained defiant in response to criticism, explaining that he had a "fairly well educated mind" and did not need his colleagues to act as "self-appointed wardens" to his speech. He went on to suggest that anyone offended by his use of female genitalia to describe women everywhere should "re-examine [their] psyche."

But his critics persisted and Hansen relented over his figure of speech, at least a little:

It was not, and is not, my intention to demean women at any time. It is apparent that the intent of my remarks has been misinterpreted, the true goal of the message lost and for that I apologize to those who took offense.

Hansen's voting record on reproductive rights can be found here and here. (Spoiler: He is not very pro-vagina.)