Boston's ugly truth: Social media plus ubiquitous video coverage makes everyone a sleuth, and a suspect 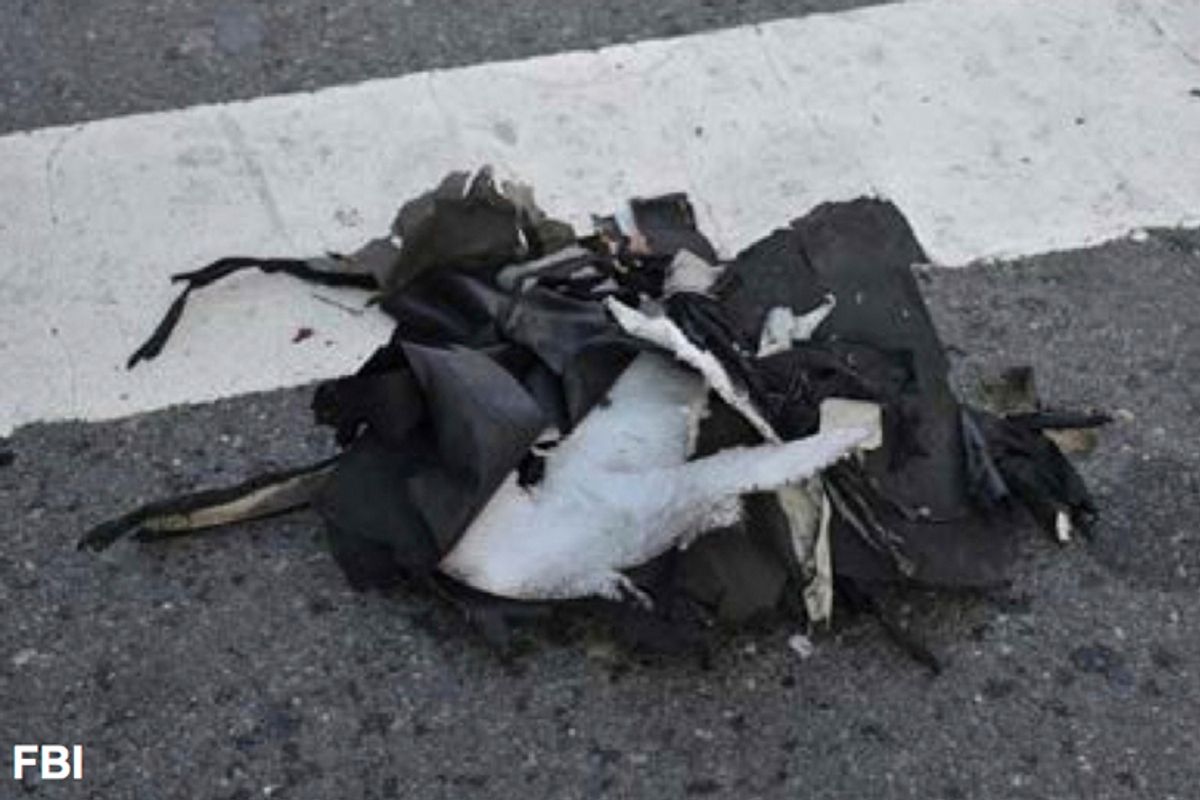 This image from a Federal Bureau of Investigation and Department of Homeland Security joint bulletin issued to law enforcement and obtained by The Associated Press, shows the remains of a black backpack that the FBI says contained one of the bombs that exploded during the Boston Marathon. (AP/FBI)
--

You can almost feel the restless energy surging through the Web, oozing out of every computer, charging up a million smartphones with prosecutorial static electricity. A legion of Internet investigators are scrutinizing every available photo of the Boston Marathon finish line, searching for clues that will help nab a killer. At Reddit, Imgur and a zillion blogs, notes are being shared, theories propounded -- and, without question, innocent people are getting slandered.

Get used to it. This is the future. It's not pretty, but it's also not going away.

I won't deny it: The notion that we might be able to mobilize the awesome power of our social media networked hive mind to find the Boston bomber is seductive and compelling. It gets at the heart of one of the truths  we think we know about our networked age: Many eyes are better than one. Together we are strong. This is especially true in the Age of Ubiquitous Surveillance. The only machine capable of intelligently processing all the available photographs and video footage of any major public event these days is the networked human machine.

And it's simply amazing watching the hive mind in action. The pictures come from a dizzying variety of sources -- Flickr feeds, screen captures from television broadcasts, the FBI, bystanders snapping shots seemingly at random. Viewed en masse, it's difficult to tell what time these pictures were taken or what their proper sourcing is, but that isn't stopping the sleuths.

A black-and-white strap visible in an FBI-provided picture of a blown-up backpack turns out to look a lot like something you can see draped over the arm of a man in the crowd. Hey, why is the guy who is wearing a heavy-looking backpack  (clearly large enough to fit a pressure cooker) in this picture not wearing it in another picture? And what about this guy over here, who seems to be looking in a sharply different direction than everyone else standing around him? Crucify him!

I'm not linking to any of these photos directly for a simple reason. Unless there is an unthinkably large conspiracy behind the Boston bombings, it's pretty much impossible for every suspect identified by the mob to be guilty. Which means, sadly, that a bunch of amateurs playing with photographs on their computer are tarring innocent people with potential responsibility for a horrible crime. There's no way that could go horribly wrong, is there?

Our worst selves get revealed at these moments. One photo of two men with black backpacks is annotated with a note remarking that both men have the same "skin tone." That skin tone is, of course, dark. The lesson here: do not be brown and attend a public event where there's a chance that something will go wrong. Because you will be on camera and somebody will vent their racist spleen on you.

In an eloquent meditation at the Atlantic on why law enforcement should best be left up to law enforcement, and not a pack of online vigilantes who have more bandwidth than forensic training, Alexis Madrigal puts it best:

So, vigilantes have organized themselves on Reddit for a manhunt. They want justice served. And they're openly debating suspects on the site. They're gonna solve the case! Like real cops on television.

But they are not real cops. They are well-meaning people who have not considered the moral weight of what they're doing. This is vigilantism, and it's only the illusion that what we do online is not as significant as what we do offline that allows this to go on...

This is not how civil society works. There is a reason that police have procedures around investigations and evidence. Due process is important. It exists to systematize justice, and in doing so prevent the sort of excesses common when people take justice into their own hands. And if anything, we don't have enough due process in this country.

I agree with every word that Madrigal wrote.

And then, at the same time, I think: Critiquing this behavior is a little like critiquing people for sharing music online, or watching Bittorrents of "Game of Thrones" or just being unforgivably nasty in Internet comments. In other words: It's beside the point. Online vigilantism is a consequence of the medium. When history-changing events are combined with ubiquitous video and photographic coverage and social media we will inevitably see the crowd-mob mobilize into frenzy. They can't be helped!

And it's certainly not impossible, by the way, that the hive mind will spot something that even 2,000 FBI investigators might miss. You've got to believe that the FBI is monitoring those Reddit forums, on the off-chance of unearthing some vital clue. The FBI has been begging the general public for tips, for video, for anything that anyone might have seen. They know the power of the many outweighs the efforts of the few. They've always known that.

The difference now is that everything is happening in public. All our suspicions get shared with each other as well as with the cops. And we're never going to know what crazy thing will  go viral and destroy someone's life. In this new world, we all run the risk of becoming Richard Jewell, as well as the risk of being the person who unfairly pinned the blame on Richard Jewell.

We can condemn it. We can try to raise our children not to become online vigilantes. We can urge prudence and best practices at every juncture. But we're not going to stop it.