You don't know anything about the Osbournes marriage

Reality TV has skewed celeb marriage. If the Osbournes or Will and Jada Smith make the unconventional work, great 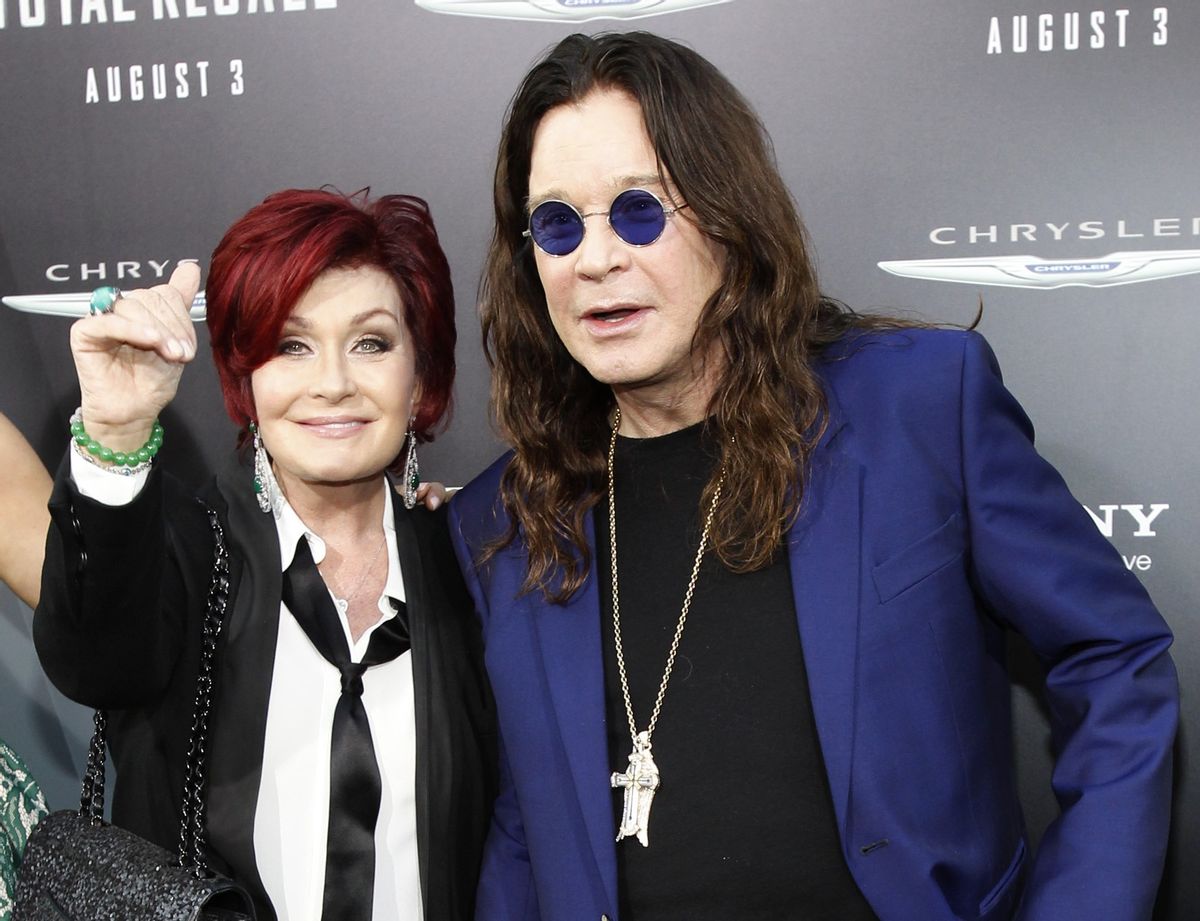 Ozzy Osbourne and his wife Sharon pose at the premiere of "Total Recall" at the Grauman's Chinese theatre in Hollywood, California August 1, 2012. The movie opens in the U.S. on August 3. REUTERS/Mario Anzuoni (UNITED STATES - Tags: ENTERTAINMENT) - RTR35W70 (Reuters)
--

Divorce rates may be on the rise for baby boomers, but 64-year-old Ozzy Osbourne says he and wife Sharon aren’t jumping on the bandwagon. The Black Sabbath frontman took to his Facebook page this week to clear up the gossip on why Sharon moved out of the home they shared and traveled alone to Mexico, prompting speculation on the demise of their 31-year-old marriage:

For the last year and a half I have been drinking and taking drugs. I was in a very dark place and was an asshole to the people I love most, my family. However, I am happy to say that I am now 44 days sober.

Just to set the record straight, Sharon and I are not divorcing. I’m just trying to be a better person.

My own boomer parents kick each other into separate bedrooms when one of them snores too loudly; it’s not a stretch to imagine that separate quarters could do both Ozzy and Sharon some good during a time of great stress, though he and Sharon have weathered his addictions in the past, and she has often said that he’s the only guy she could stand being with. Neither of them owe the public or the tabloids explanations, and it’s brave of Ozzy to speak up candidly about his struggle with drugs and alcohol — 44 days sober is still very much in the thick of recovery — and how it has affected his family.

It is a truth often repeated when a couple divorces that nobody ever really knows what happens inside a marriage except the two parties involved. People see what they want to see; couples control, to some extent, the image they present. So why can’t we accept that famous marriages can be as interior and complicated as those carried out in relative obscurity?

Celebrity culture has conditioned us to look for just two kinds of public marriages — flimsy, drama-filled unions headed for divorce court the second the press helicopters finish circling the lavish receptions (have you calculated how many Kardashians your own relationship has lasted?) and the real deals, those stalwart role models like Joanne Woodward and Paul Newman, in whose romances we could collectively believe even if we weren’t so sure about our own.

This week, Jada Pinkett Smith had to clarify remarks she made about her marriage to Will Smith. When she said that, "I've always told Will, 'You can do whatever you want as long as you can look at yourself in the mirror and be okay,'" Pinkett Smith says, she did not mean that the couple have an open marriage. But if they did and they made it work with dignity for all parties involved, why should that change anything about how we perceive the little we really know about their private lives? There are as many different marriages as there are couples in the world, even in the pages of Us Weekly.

Sharon and Ozzy have also enacted an odd yet endearing storybook romance for us — she his knight in shining armor, saving his career after Black Sabbath sacked him in 1979 and continuing to champion their family’s media empire to this day; he a daft sort of Prince Charming, shambling through their mansion in his underwear, muttering non-sequiturs at the dogs — so the public wants this marriage to work out. There wouldn’t be any schadenfreude if the Osbournes split.

But the truth of their marriage, which we’ll never know, is, of course, more nuanced, messy, ordinary than the roles they’ve played in public. Sometimes you have to get the hell out of town to preserve yourself — and maybe, ultimately, the marriage itself — even when your husband is in a very dark place. Sometimes it takes a lot of work to become a better person. There’s the awful, boring, comforting, wonderful truth, too, that marriage takes work, and sometimes the effort shows.