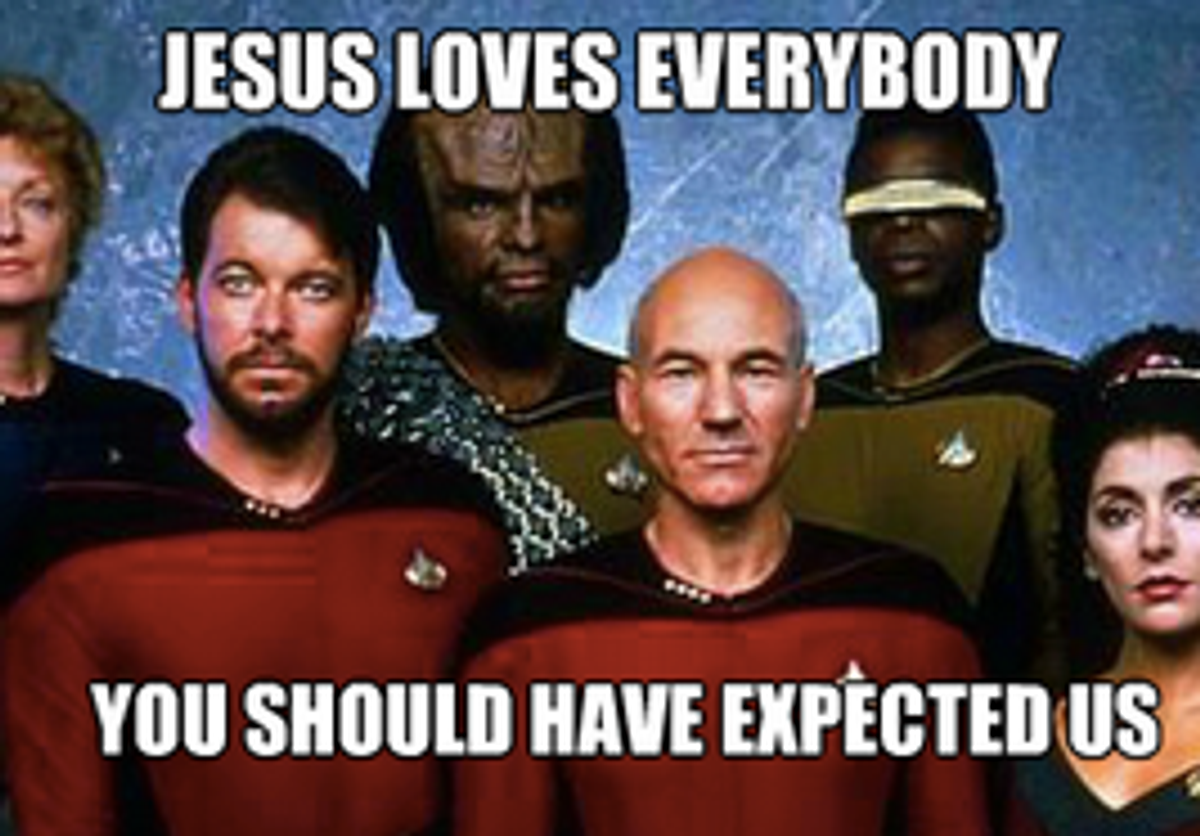 In what was first believed to be a hack but was later revealed to be a hoax, hacker collective Anonymous created a faux-official Facebook page for hate group Westboro Baptist Church.

In place of Westboro's standard issue rainbow-colored "God hates fags" signs, the Facebook page featured quotes from Martin Luther King Jr. and the Dalai Lama, cute pictures of animals captioned in LOL speak and nerd culture ephemera, like a "Star Trek" meme that caught the attention of Hikaru Sulu himself.

"Star Trek" actor and gold star photo-sharer George Takei picked up an Enterprise-themed hoax image captioned "JESUS LOVES EVERYBODY. YOU SHOULD HAVE EXPECTED US," giving it a viral boost.

"Brandjacking," an activity "whereby someone acquires or otherwise assumes the online identity of another entity for the purposes of acquiring that person's or business's brand equity," as defined by Wikipedia, is easier, and far more elegant.

What's more, "satire" falls under fair use, which is why that faux Westboro Baptist Facebook page is still there for all to enjoy — and enjoying it many are. This morning, the page had less than 6,000 votes. Now it's closing in on 12,000.

Will it come down anytime soon? "It will depend on the content, admins, and the reports we receive, there's no simple answer for the time being and the decision will be based on multiple factors," Facebook's Wolens told NBC News.

You can view the rest of the page here.