Obama: "There is a piece of Boston in me"

During an interfaith ceremony, the president honored the victims of the marathon bombings 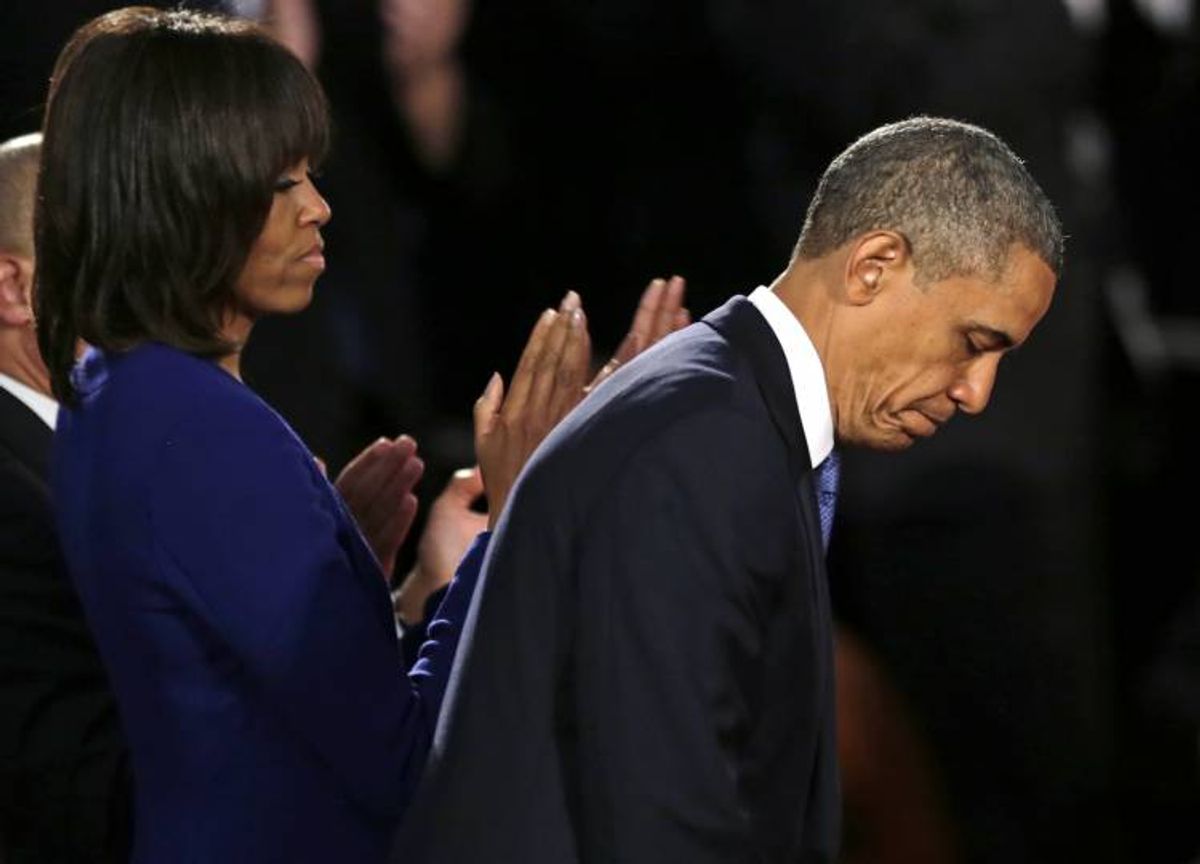 BOSTON (AP) — President Barack Obama declared "there is a piece of Boston in me" as he paid tribute to a city shaken by what he has called an act of terror. He said: "Every one of us stands with you."

Obama addressed an interfaith service in the aftermath of Monday's twin blasts that killed three and injured more 170 people at the finish line of the Boston Marathon.

Obama said a day of beauty was shattered when a celebration became a tragedy.

He said Boston gathered Tuesday, quote, "to reaffirm that the spirit of this city is undaunted."

He declared: "You will run again!"

Of the perpetrator, he said: "We will find you."