What happened last night: A timeline

What happened last night in Boston? Reporters on the scene and police scanners broke down the crazy timeline 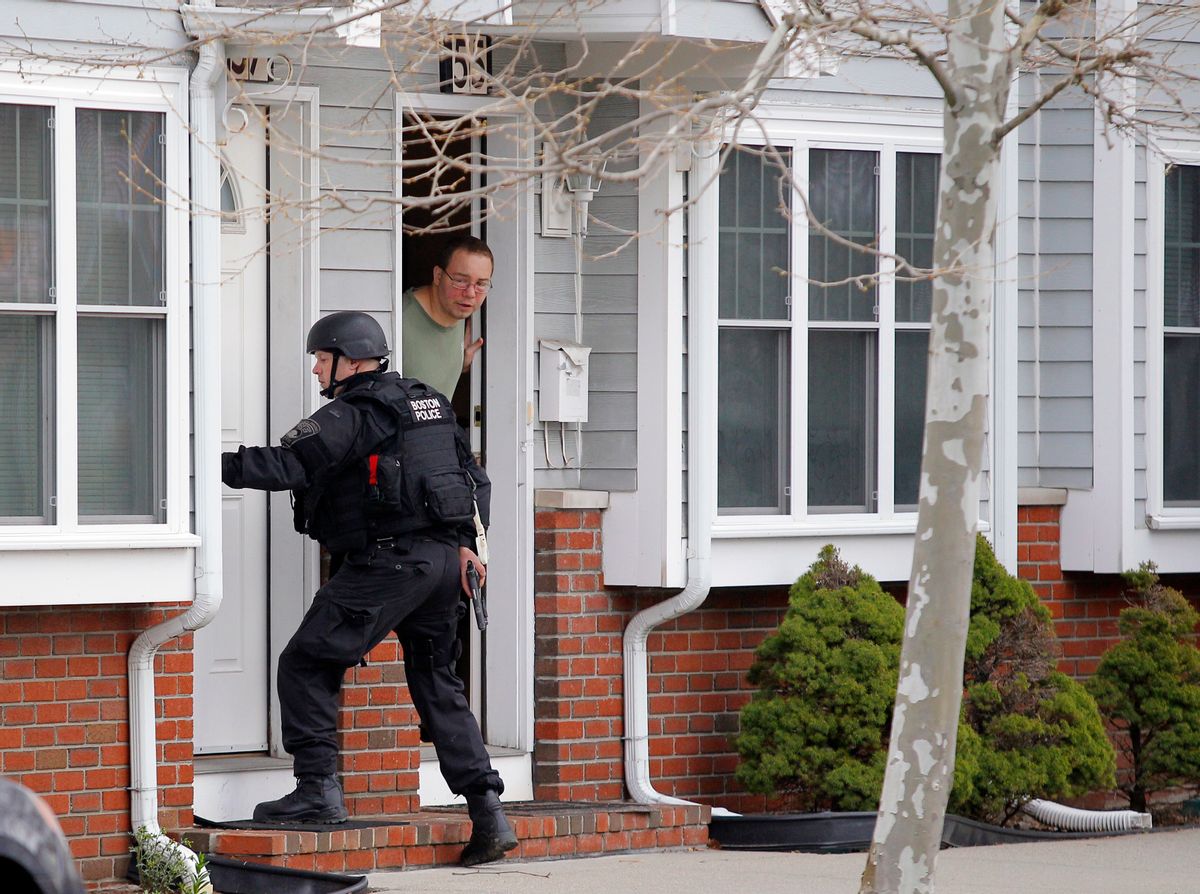 At Thursday afternoon's press conference, the FBI released photos of the two suspects in the Boston Marathon bombing. They enlisted the public's help in tracking down the suspected bombers. They didn't have to wait long.

National awareness of last night's events in the Boston area began with shots fired on the MIT campus at approximately 10:20 p.m.

A police officer at that Cambridge university died and is believed to have been shot by the suspects.

The "white hat suspect" had, immediately previously, robbed a nearby 7-11.

Subsequently, the pair of suspected bombers carjacked a Mercedes, but dropped its owner off alive at a gas station.

Followed by the police by car, the suspects threw explosives and exchanged gunfire in the streets of Watertown, Mass.

After midnight, a suspect, stripped naked, was taken into custody. He was reportedly set free shortly thereafter.

The so-called "black hat" suspect was left critically injured from the firefight with police.

Misinformation reigned on Twitter after midnight, with two suspects' names having been heard on a police scanner. One of the two was a Brown student who had gone missing on March 13. That erroneous tie was promulgated by Reddit, which has attempted to insert itself into the investigation.

At 4:10 a.m., the Boston Police released a new image of the surviving suspect, the "white hat."

Shortly thereafter, Gov. Deval Patrick ordered the shutdown of all public transportation in the city of Boston. Residents of numerous Boston suburbs were ordered to "shelter in place," and SWAT teams began moving from house to house.

At 5:45 a.m., the surviving suspect was identified as 19-year-old Dzhokhar Tsarnaev. He is still at large.