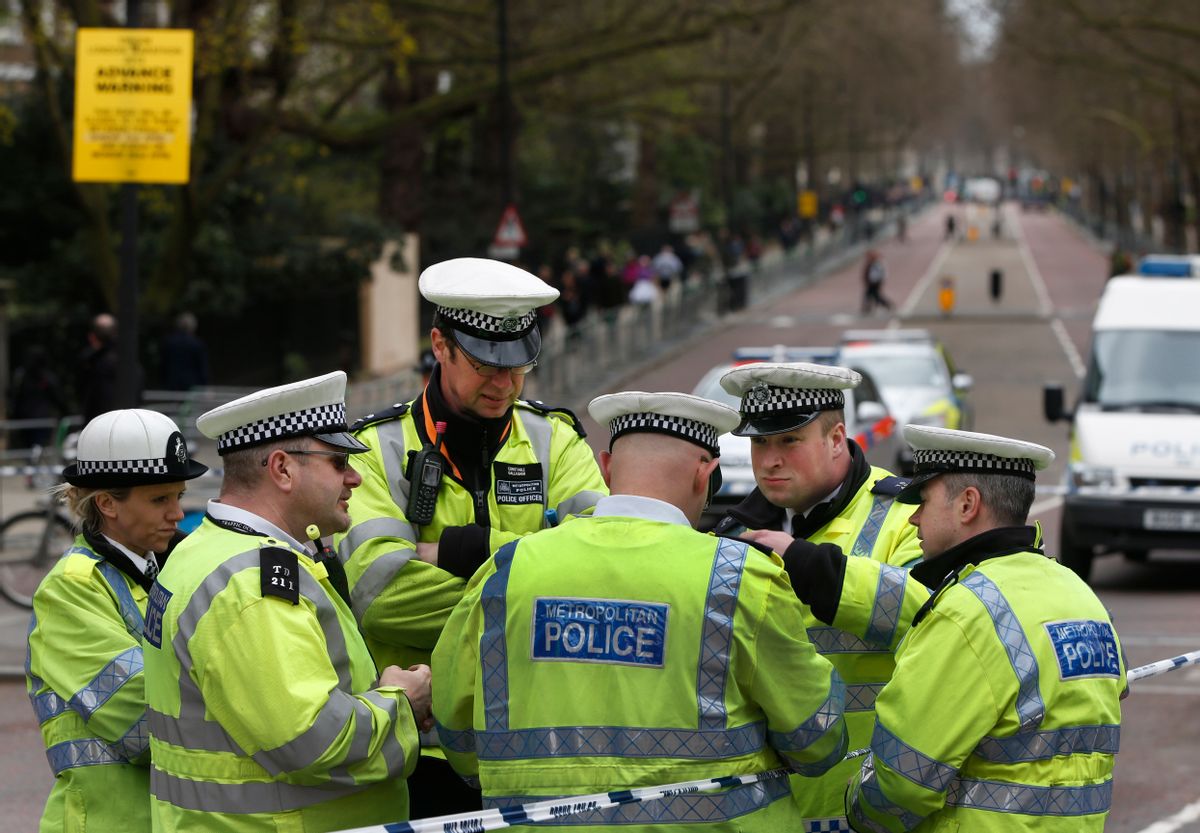 British police officers gather near the Mall in central London, Friday, April 19, 2013, where the London Marathon finish line will be on Sunday, April, 21, 2013. (AP/Lefteris Pitarakis)
--

LONDON (AP) — London's police force says it will have 40 percent more officers on duty at the London Marathon than last year, to reassure participants and spectators in the wake of the Boston bombings.

She said Friday that officers in London are in close contact with Boston police and the FBI, but have found "no link whatsoever" between London and the double bomb attack that killed three people and wounded more than 170 at the Boston Marathon on Monday.

Police in Massachusetts are hunting a suspect in the Boston bombings, identified as 19-year-old Dzhokhar A. Tsarnaev. A second suspect died after clashes with police.