"It wasn't your fault"

I know the unfathomable grief that Martin Richard's parents must be feeling. I lost my daughter to a bomb, too 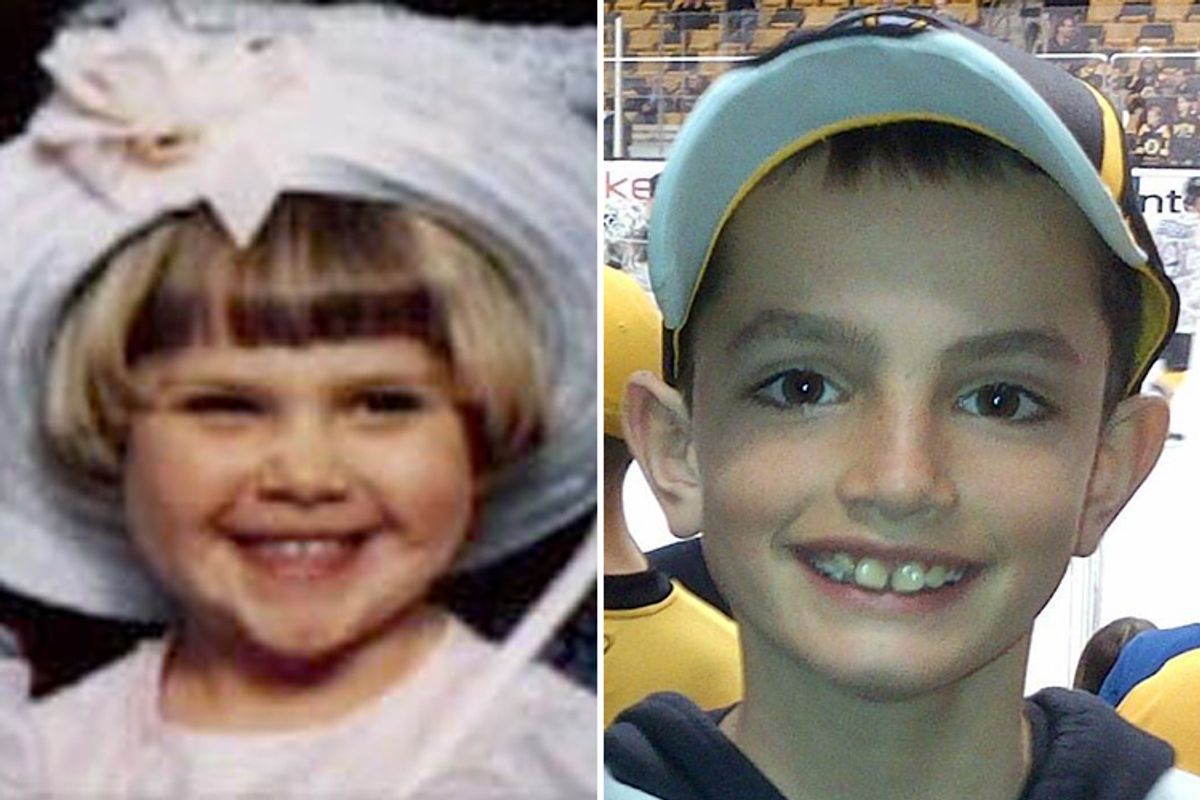 I haven’t been able to watch footage of Boston. When it comes on TV, I can watch a little bit, but then I have to walk away. The picture of Martin Richard, the little boy who died, brings tears to my eyes, because I know what his parents are going through. I lost my 4-year-old daughter, Ashley, in the Oklahoma City bombings, along with my husband’s parents, LaRue and Luther. Eighteen years later, I’m still living with the trauma. The trauma never goes away.

I was at work when the bomb went off. Everything on my desk shifted. In my naiveté, I wondered: Did one of the silos blow up? We turned on the news, and saw the chaos, the building torn away. I thought, “Thank God no one I love is in that building.”

My husband’s parents were taking care of Ashley that day. My husband’s father had an appointment at the Social Security Building at 9 o’clock, which I didn’t realize was in the federal building. When it finally sunk in what was happening, I collapsed in on myself. It’s a very hopeless feeling, not knowing.

We spent days looking for her, sitting in hospitals and churches, watching and waiting. I kept thinking, she’s just lost. She’s a little girl. Someone has her, and they don’t know where to take her. But eventually we realized there was no hope of finding her. It was inevitable that she was gone. That they were all gone. It was Wednesday when they finally called us to say they had her body. A few months later, I received a call after she was buried that they had found her hand. We put it in a little urn, and we buried it with her.

I blamed myself for a long time. As a parent, you do everything in your power to protect your children from violence. And you start wondering if there was something you could have done better. So when they finally found Timothy McVeigh, it did give me a focus for my anger. I had a face. It did change how I felt to hear his mind-set and his irrationality. He called my daughter “collateral damage.” I can’t even begin to tell you how angry that made me. Just that one statement.

Eventually I’ll reach out to the parents of that little boy. Right now, they’re too far in grief and disbelief but when they’re ready, I’ll reach out. What I want to tell them is that they didn’t do anything wrong. They were living their life without fear, and they have to continue to live their life without fear in honor of their boy. That’s the way you move forward. You’ll get angry. You’ll go through all the phases of grief, but eventually you’ll get to acceptance. And acceptance doesn’t necessarily mean that you’ve let go of the person you lost, but you understand where you are now. Eventually his parents are going to have to forgive. Forgiveness isn’t for the person who did it. Forgiveness is for the person who is forgiving. It does not mean releasing anyone from their responsibility. It’s letting go of what holds you to the place where you are.

We had another daughter born after the bombing. A gift. She’s 14 now. I have a stepson who is now married, and 27, and considering children of his own. But my son Zac died in 2006 of cardiac arrest at 17. It was very sudden, very tragic. There is no way to say whether the cardiac arrest was the result of the bombing. Post-traumatic stress disorder does have physiological effects on people, and when the medical examiner called me he told me there was no reason Zac should have been lying on his table. In my heart of hearts, I feel like there was a connection there, but I have no medical proof.

Right now, I’m the transportation director for our public schools in Deer Creek, Okla. Part of my job is to drive a bus. I make sure all the children get taken care of, and the kids get to school. People ask me sometimes, why do you do what you do? And I say, because I live for the service of children.

I don’t know how much my experience has in common with what people are going through in Boston. What we have in common is a bomb. But violence is violence, whether it’s a bomb or a shotgun or a knife. It’s random, and it’s unexpected. It takes our loved ones. It rocks our security. I think anyone who has lost someone in an act of violence shares this grief. The bottom line is whoever did this was a murderer, just the same as anyone who murders someone on the street. But every act of violence, regardless of how it’s perpetuated, brings people together. We as a community seek to find answers for loss.

We need each other. That’s why we live together. Do not pretend that you’re disconnected, because you’re not. That’s why we choose to live in communities like we do. We need to be there for each other. Don’t assume that your neighbor is coping. They’re probably not. That’s what we learned in Oklahoma 18 years ago. That we’re stronger in numbers.

This story was told to Sarah Hepola.