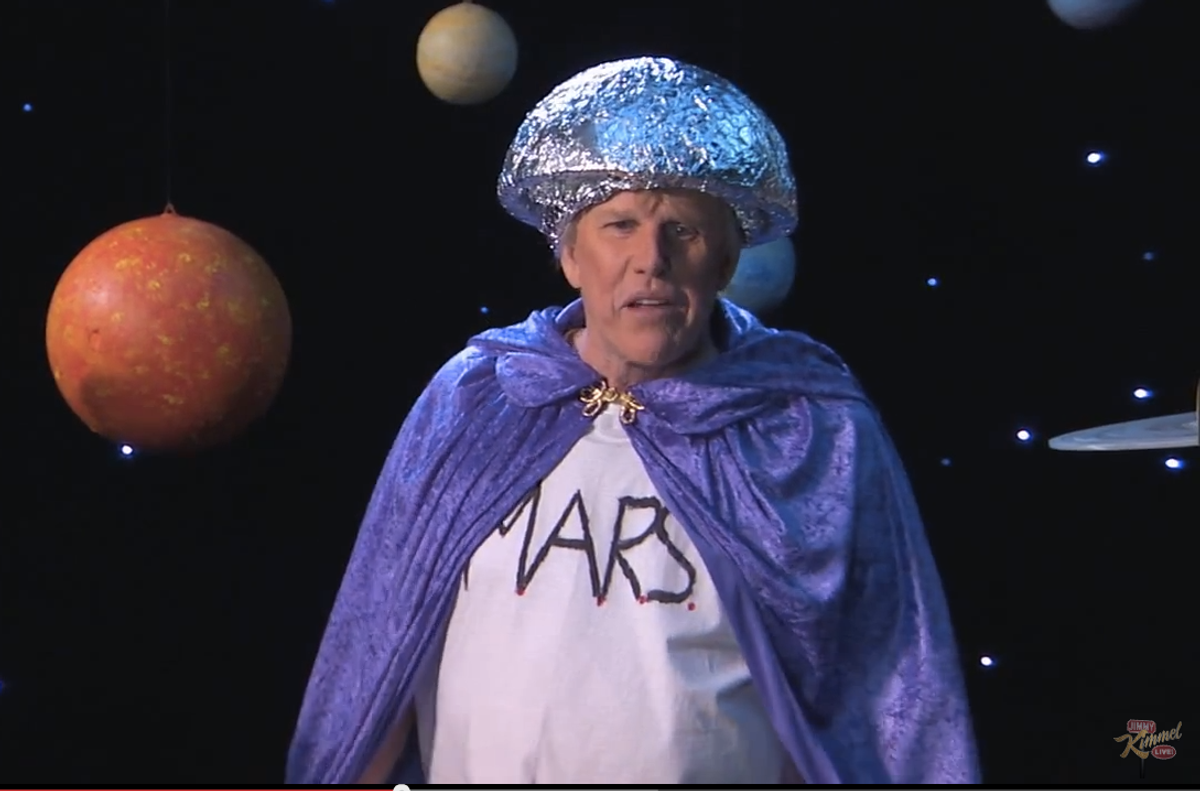 On Jimmy Kimmel last night, Gary Busey showed his audition reel for Mars One, a reality show that it being planned by a non-profit organization in order to create a settlement on Mars (for real). It’s basically a one-way trip to Mars, where apparently viewers at home can watch the participant expire. In space.

Anyway, Busey’s audition reel is hilarious and kooky and everything you’d expect from a Gary Busey audition reel for a one-way trip to Mars. “I don’t let anything get me down,” he says, “because I am positive. If you’re not positive, don’t go to Mars, because you’ll get trapped in your own eating habits. When you find yourself eating part of your calf muscle, you should not be on Mars.”