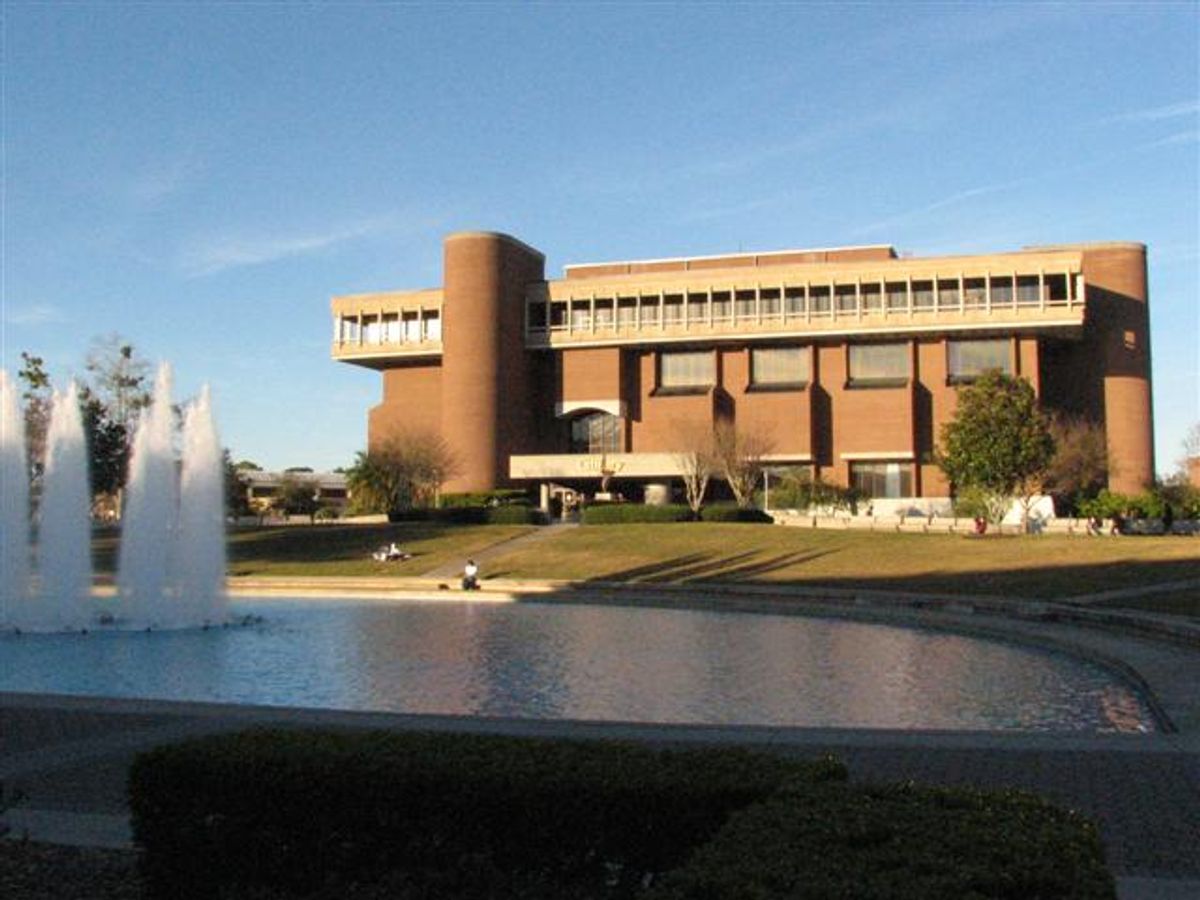 Library at the University of Central Florida (UCF) (Wikimedia Commons)
--

In a quest for more answers surrounding the swift publication of sociologist Mark Regnerus’ paper on the controversial “New Family Structures Study” in the sociology journal Social Science Research, independent journalist John Becker filed a lawsuit Monday, seeking access to public records from the University of Central Florida in Orlando, where the sociology journal is housed and where the journal’s editor, James Wright, serves on the faculty. The suit alleges that the state school has violated the state’s public records law by failing to produce documents related to the study’s publication.

Becker filed a request for records last month through Florida’s Public Records Act, asking the school to turn over communications between Wright and other scholars and reviewers regarding the publication of the study.

Last summer’s publication of Regnerus’ explosive study – which found negative outcomes for children raised in same-sex households compared to children raised by married heterosexual parents – culminated in a widespread consensus that Regnerus’ study was methodologically flawed. Questions were raised about the political motivations of Regnerus’ conservative funders, as well as the seemingly rushed rate of publication.

As The American Independent reported recently, many of these suspicions were justified.

As Wright and others have noted in the past, the publication of Regnerus’ article in the June 2012 issue of Social Science Research was speedier than most. A mere six weeks lapsed between the paper’s submission and publication. Some of the articles published in the same issue took around a year between submission and acceptance.

“What we’re hoping is that the documents might shine some light onto the reason that it was rushed to publish,” Becker said in an interview with The American Independent.

He also said he wants to know more information related to who peer-reviewed the article and why the paper was accepted for review before the data collection had been completed.

Becker said the university denied his records request, arguing that the information he was seeking is the product of Elsevier, which publishes Social Science Research. But the Florida attorneys representing Becker in this case, Andrea Flynn Mogensen and Victor Chapman, have argued that the information in question “constitutes public records by law and UCF policy.”

In the lawsuit, the attorneys argued that the materials requested constitute university materials:

During the course of his research and editorial activities [with Social Science Research], Professor Wright utilizes UCF resources and materials, including, without limitation, UCF employees, students, computers, internet, e-mail, telephone, office supplies, and postage … UCF supports, advertises and promotes the research and editorial activities of Professor Wright and the Journal on its website and in other promotional materials. UCF’s website states that it houses the Journal which Professor Wright is the editor of.

“These records are open to any citizen who wants to inspect them and we will vigorously enforce Mr. Becker’s constitutional right to obtain the records from UCF,” said Mogensen, a civil rights lawyer based in Sarasota, Fla., in a press release.

The University of Central Florida did not immediately respond to a request for comment.

Last year, following the media firestorm over the New Family Structures Study, Wright asked Southern Illinois University sociology professor Darren Sherkat, who sits on the journal’s board of advisory editors and was a fierce critic of the study, to audit the submission and review process for the Regnerus paper and a companion paper reviewing previous studies on same-sex parenting, authored by Louisiana State University professor Loren Marks.

In his audit report, Sherkat concluded that “neither paper should have been published, in my opinion.”

“Both papers have serious flaws and distortions that were not simply ignored, but lauded in the reviews,” Sherkat wrote. “Given that the reviewers were mostly comfortable conservatives, it is not surprising that the reviews were very positive, and contained minimal critique of the data, measures, or methods used in the studies.”

Yet, he ultimately determined there “were no gross violations of editorial procedure.”

“Obviously, the [peer] reviewers did not do a good job — because of both ideology and inattention — but the clear signal to the editor was ‘publish these papers,’” he wrote. “Still, once they were accepted there was an unseemly rush to publication (at least for the Regnerus paper), and that was justified based on the attention that these studies would generate. The published responses were milquetoast critiques by scholars with ties to Regnerus and/or the Witherspoon Institute, and Elsevier assisted with the politicization by helping to publicize the study and by placing these papers in front of the pay wall.”

On his web site, Becker blogged about why he wants to see these records.

“My goal is simply to discover the truth: whether everything was above board and best practices and ethical standards were followed, or whether something more sinister occurred,” Becker wrote. “The documents I requested from UCF may help to answer these important questions.”

Becker is an openly gay journalist, who lives in Vermont. He has written for multiple outlets, such as The Huffington Post, The Advocate, and The Bilerico Project, often investigating LGBT issues. In 2011, Becker went undercover at a Christian counseling clinic co-owned by Rep. Michele Bachmann (R-Minn.) and her husband, Marcus, posing as a conflicted gay man seeking therapy to change his sexual orientation to heterosexual. Becker exposed the clinic for agreeing to administer so-called “ex-gay” therapy, which is a discredited practice within the mainstream psychology community.