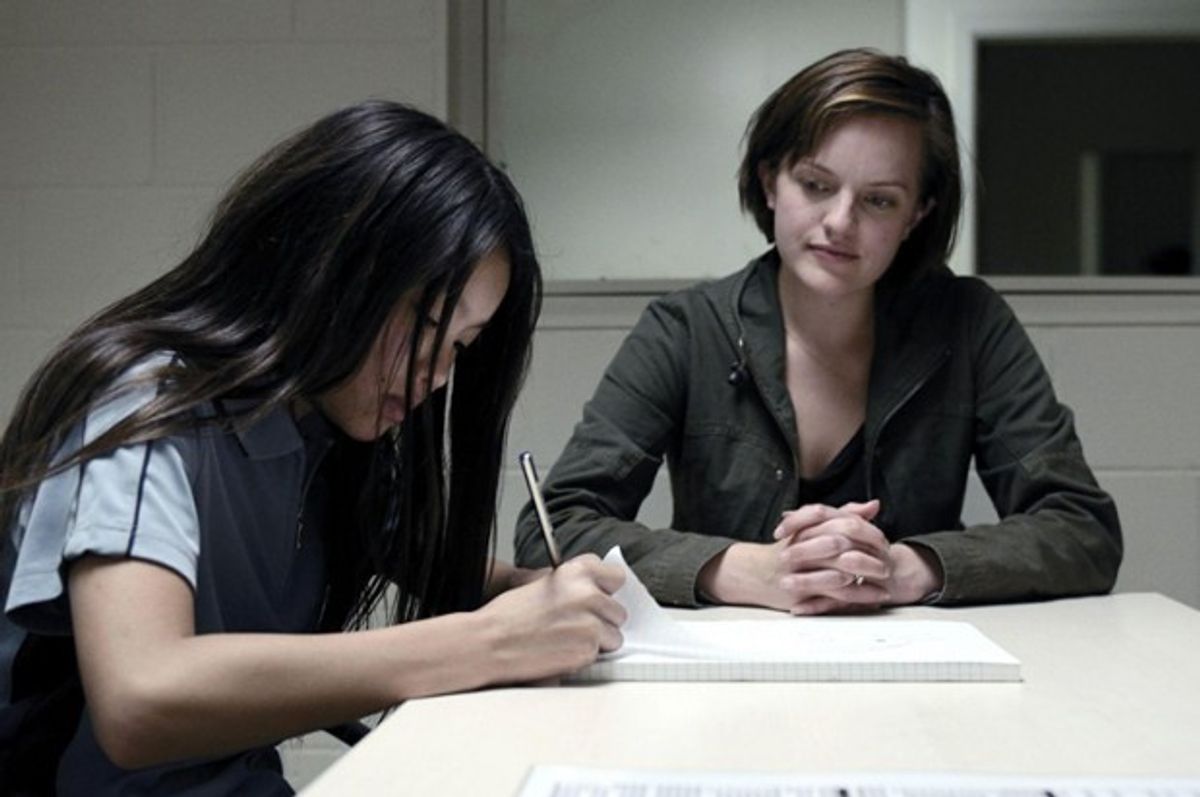 Laura Miller recommends the memoir of Alexandra Aldrich, a descendent of the prominent Astor family, which provides a glimpse into a less privileged, less happy childhood than one would expect:

In premise alone, “The Astor Orphan” sounds like some delicious children’s novel, the kind of thing you’d gobble a dozen times over by the age of 8. In reality it’s a mournful, curious tale of an anxious child’s longing for security. Aldrich, who kept a diary from an early age, apparently sticks closely to it; her book has a halting, episodic rhythm. It lacks the fluency of truly accomplished storytelling, but the story it tells is so extraordinary, and Aldrich’s tone is so baldly honest, that the reader’s attention will not flag.

Miller was also enchanted by "Harvest," the dark, fictional tale of a small Irish town that falls apart, narrated by the “less versatile” but still “perfect fit for the book” John Keating:

John Keating’s narration of Jim Crace’s “Harvest” falls into the latter category. His eminently pleasant voice, with an Irish lilt that he turns up and down at will, is more or less the same whatever book he’s reading. In the case of “Harvest,” a deceivingly simple account of the implosion of a small rural community, it is exactly the right voice to convey a story with some of the qualities of a fairy tale. Small things here have big meanings, and Keating, who imparts the flavor of a bedtime story to the proceedings, adds to the novel’s archetypal resonance. Like that movie, “Oblivion” incorporates all sorts of themes, ideas and images from science-fiction cinema of the last several decades, including “Blade Runner,” “The Matrix,” “Total Recall,” “2001: A Space Odyssey” and Andrei Tarkovsky’s “Solaris,” among others. It explores nearly the same territory of loss, loneliness and rediscovery, but the philosophical veneer and the reverent design aesthetic fit a whole lot better when the whole story doesn’t take place inside a 1980s video game. I’m sure some people will see “Oblivion” as another Philip K. Dick rehash — to be clear, it’s not based on any of his material — but to my mind Kosinski and co-writers Karl Gajdusek and Michael Arndt have synthesized all these influences into a witty and elegant post-apocalyptic parable that’s well suited to our age of asymmetrical warfare and even asymmetrical reality. (One could indeed steer a discussion of “Oblivion” toward a discussion of the limits of political knowledge and global understanding — but not before you’ve seen the movie.) The first sentence of Willa Paskin’s review for the “Top of the Lake” finale says it all: “If you haven’t seen it yet, what are you waiting for?”:

The stupendous Jane Campion–Elisabeth Moss collaboration “Top of the Lake” finished on the Sundance Channel last night: If you haven’t seen it yet, what are you waiting for? If you have, you know that the last two-hour installment masterfully wrapped up the series major mystery without forgoing its lyrical, steady tone. A dramatic and vast shot of a teenage boy plummeting off a cliff was balanced with scenes of that same teenager and his friends having an outdoor slumber party, that same teenager comforting his friend by cutely demonstrating how a baby might worm its way out of the birth canal. The small moments were not drowned out by the large.