"If we can’t shoot them, we have to at least be firm in our threat to take immediate action against them" 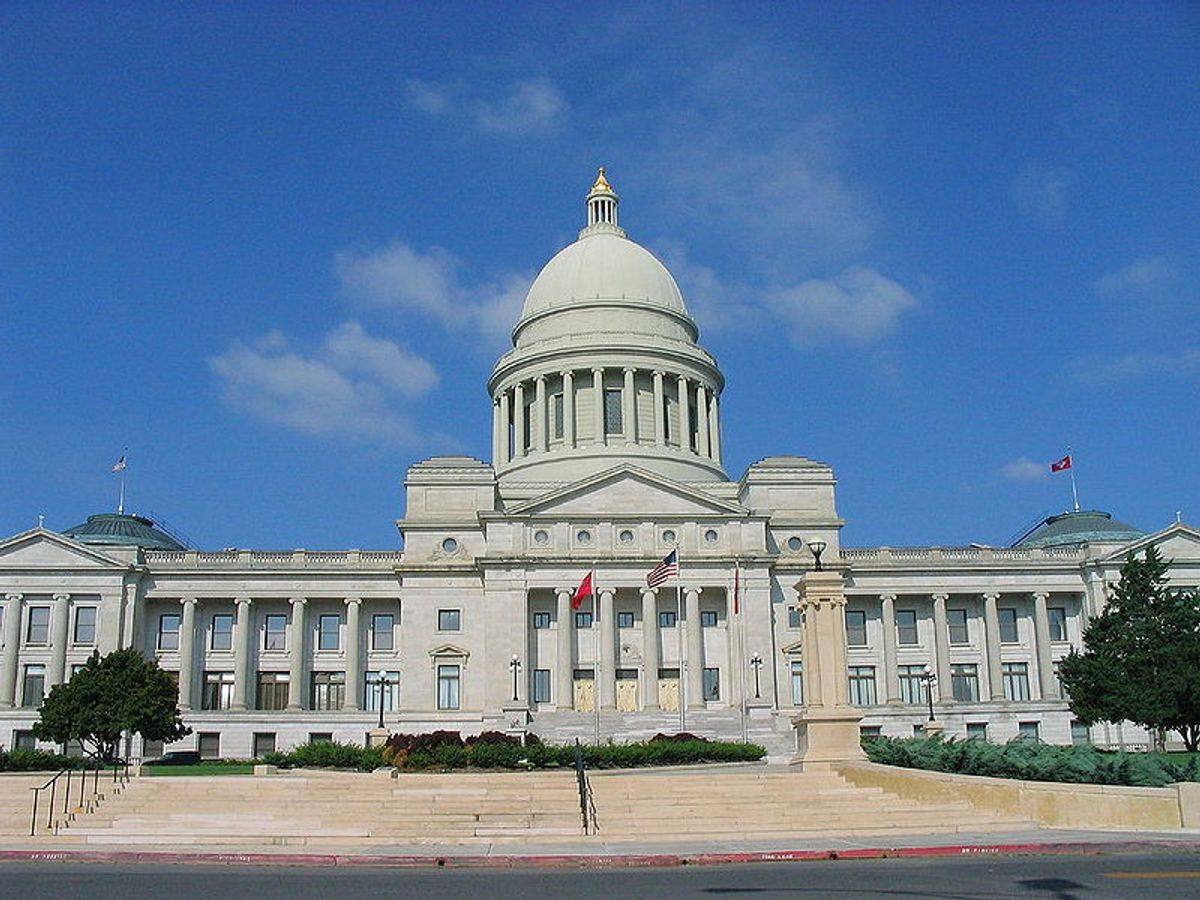 The Benton County Republican Party's April newsletter included an essay from Chris Nogy, the husband of the group's secretary, called "Scathing," in which he suggests "a quick implementation of my 2nd amendment rights to remove a threat domestic," referring to the legislature's vote to expand Medicaid.

Nogy was particularly outraged over the "betrayal" by Republicans, after the GOP-controlled state Senate approved the expansion by a large margin.

Here's the key part of Nogy's essay in the newsletter:

The 2nd amendment means nothing unless those in power believe you would have no problem simply walking up and shooting them if they got too far out of line and stopped responding as representatives. It seems that we are unable to muster that belief in any of our representatives on a state or federal level, but we have to have something, something costly, something that they will fear that we will use if they step out of line. If we can’t shoot them, we have to at least be firm in our threat to take immediate action against them politically, socially, and civically if they screw up on something this big. Personally, I think a gun is quicker and more merciful, but hey, we can't.

As ThinkProgress reports, Arkansas Republicans were quick to distance themselves from Nogy: