"How can the brain understand itself?"

The host of the new show "Brain Games" tells Salon the organ's biggest mystery, and how to make yours work better 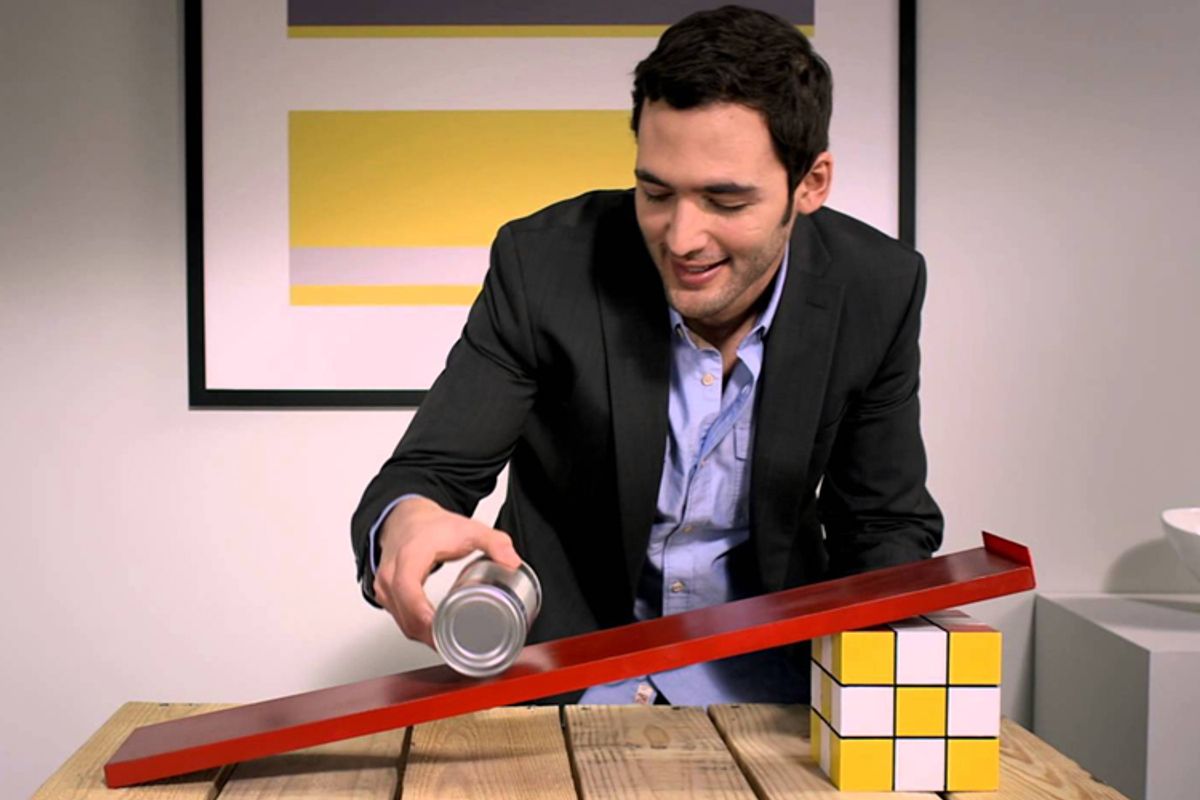 From studies about the spiraling costs of diseases like Alzheimer's to headlines about President Obama's recent push for more neurological research, the brain has been in the news a lot lately. So tonight's premiere of the new show "Brain Games" on the National Geographic Channel (which, full disclosure, recently made a miniseries based, in part, on my book) is well timed. Hosted by Jason Silva, the program is a "Sesame Street" for adults, employing entertaining exercises and experiments that encourage viewer to explore their own minds in real time.

I talked to Silva about the new show, President Obama's research push and what we still do not know about the human mind.

Your show is predicated on the idea that many people do not really understand how their own brain works. Why do you think that is?

The brain is said to be the most complicated object in the universe, the source of our artistry and genius -- a biological supercomputer which gives rise to a sentient mind, a mind that is aware of itself. But how do you use the mind to watch the mind? How can the brain understand itself? This is almost a philosophical problem ... We've used our brains to create mind-boggling technology, instruments that allow us to fold our observations back into ourselves, using fMRI scanners to peer beneath the layers of our own being. It's a trip just thinking about it. We still don't completely understand consciousness, yet I find we are getting closer than ever to this holy grail -- even some of the basic wiring of the brain is enough material to build an entire TV show with, and that's what we've done with "Brain Games."

If through your show the audience gets a better understanding how the human brain works, what does that get the average viewer? How can it help them in their own lives?

I consider "Brain Games" to be "smartertainment" -- entertainment that informs and inspires. I'm interested in using media to infect people with awe -- to return a sense of wonder, a sense of mystery to our daily reality -- and what better way to do that than teaching people about the brain? If we can manage to show people a good time, while expanding their knowledge repertoire, then we've done two great things at once.

I think if people understand their brains a little better, perhaps they will take their observations of daily reality with a grain of salt. Perhaps they won't take things for granted. The brain receives incomplete information from the world and then completes that information. It fills in the blanks, it "guestimates" reality. We bring to our experiences a set of expectations, biases, cognitive shortcomings -- and perhaps a little humility and wonder would do us all some good.

President Obama has just proposed a project to invest in brain research. What do you think we can realistically expect to discover that we don't already know?

Obama's initiative is excellent news. Most people don't realize the exponential pace at which information technology progresses: 30 linear steps gets you to 30; 30 exponential steps gets you to a billion. I think we are on our way to reverse engineering the brain and eventually creating non-biological intelligences that will far exceed human brains. I'm giddy with anticipation at what might happen once we create a digital brain ... Digital AIs that don't have the hard-wired limitations of the brain will change everything. We can expand the boundaries of self.

Minds like ours are made for merging. We've been merging with our technologies for 10,000 years and this is only the beginning. I made this video for TEDGlobal that proposes that our brains are merely the space in which organisms called ideas "mate" with each other.

What do you think we least understand about the human brain?

Consciousness is still the greatest mystery. How does a brain learn to perceive itself? How does sentience emerge from the complicated wiring of our neurons. Douglas Hofstadter tackled this question in his Pulitzer Prize-winning book "Godel, Escher, Bach: An Eternal Golden Braid" and I created a video -- I call it a philosophical espresso shot -- to explore Hofstadter's ideas visually.

If somebody wants to exercise their mind and make it work better, what are some of the best things they can do?

Decondition their thinking. Tom Robbins once said that you cannot "manufacture imagination or wonderment" but that if you pull people radically out of context, you can force them to come alive once more and see the world anew. We need to create contexts that force us outside our mental habits and old modes of thinking. It's all about stepping outside our comfort zone. I'm really excited about advances in our understanding of neuro-plasticity and how we can leverage that to constantly rewire our brains.

There was a recent study out of Stanford that looked at the effect of awe on the brain. They define awe as an experience of such perceptual vastness that we have to reconfigure our mental models of the world just to accommodate ourselves to the experience. That's the mind-stretching power of awe that I've analyzed in the past.

TV has been thought of as "cold media" that does not spur brain activity or development. Knowing that, is a brain games TV show an oxymoron?

Steven Johnson's book "Everything Bad Is Good For You" actually cites evidence to the contrary of what you mention. I believe television, as a medium, has the capacity to engage consciousness in dizzyingly rich ways. Good content fires up the brain. It's up to the artists and other people in the imagination business to take advantage of these rhetorical technologies like storytelling, films and TV to direct our attention to spaces in which we stretch ourselves! That's what good content is all about.