The book is the first of its kind, and features a sealed envelope of "sexually explicit" illustrations 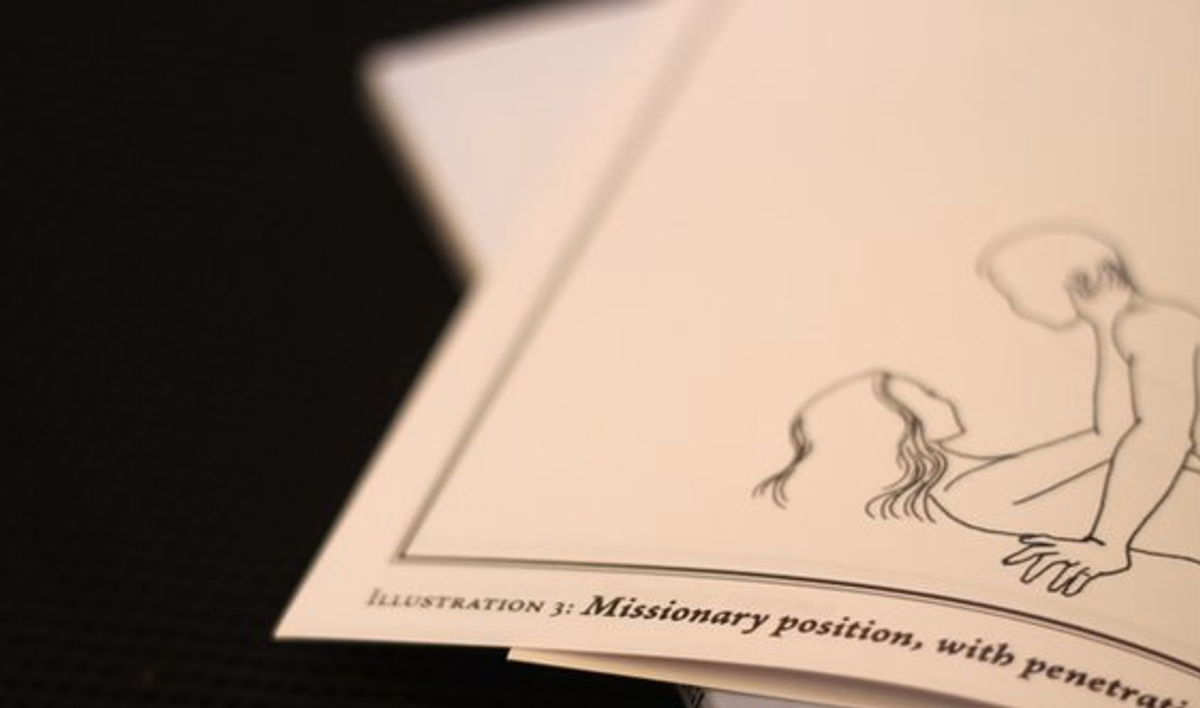 David Ribner is an ordained Orthodox rabbi, has a master's degree in social work, a doctorate from Columbia University and currently works as a Jerusalem-based sex therapist. He is also co-author of the first-ever educational guide to sex and sexuality for ultra-Orthodox Jews.

Ribner co-authored "The Newlywed's Guide to Physical Intimacy" with Orthodox researcher Jennie Rosenfeld, and the book covers everything from the very basics, like the difference between male and female anatomy, to the also-very-basics, like where to put your arms and legs during sex.

The topics addressed are strictly vanilla, but it's information that isn't freely available in ultra-Orthodox communities, Ribner explained in an interview with BBC News: "Sex is only appropriate within a marital context," he said. "Beyond that it's not talked about. Because of that, it's become very difficult for people to have any kind of dialogue about it."

"We wanted there to be a place where people could say, 'I know nothing and I want to know something,'" he added.

The book is all-text, with the exception of a sealed envelope containing illustrations of basic sexual positions that is attached to the back of the book. The sealed envelope contains a warning about its "graphic" contents, and encourages readers made uncomfortable by sexually-charged images to throw the envelope away.

Of the decision to conceal the images of faceless figures in an envelope rather than sprinkle them throughout the book, Ribner explained: "We wanted this to be acceptable to the widest possible population with the least risk of it being offensive."

The book has been available in English since last year, but was recently translated into Hebrew and will soon be available in Israel. In an interview with the BBC, Bar Ilan University professor and sociologist Menachem Friedman expressed skepticism that Israeli bookshops would sell the book openly, but believes the book may be made available behind the counter for curious readers.

"I suspect it will meet tremendous negative reaction -- at least within the most extreme elements of the ultra-Orthodox Jewish community," he told the BBC.