"I would be first in line" to use torture if it would "save one innocent life," said Greg Ball 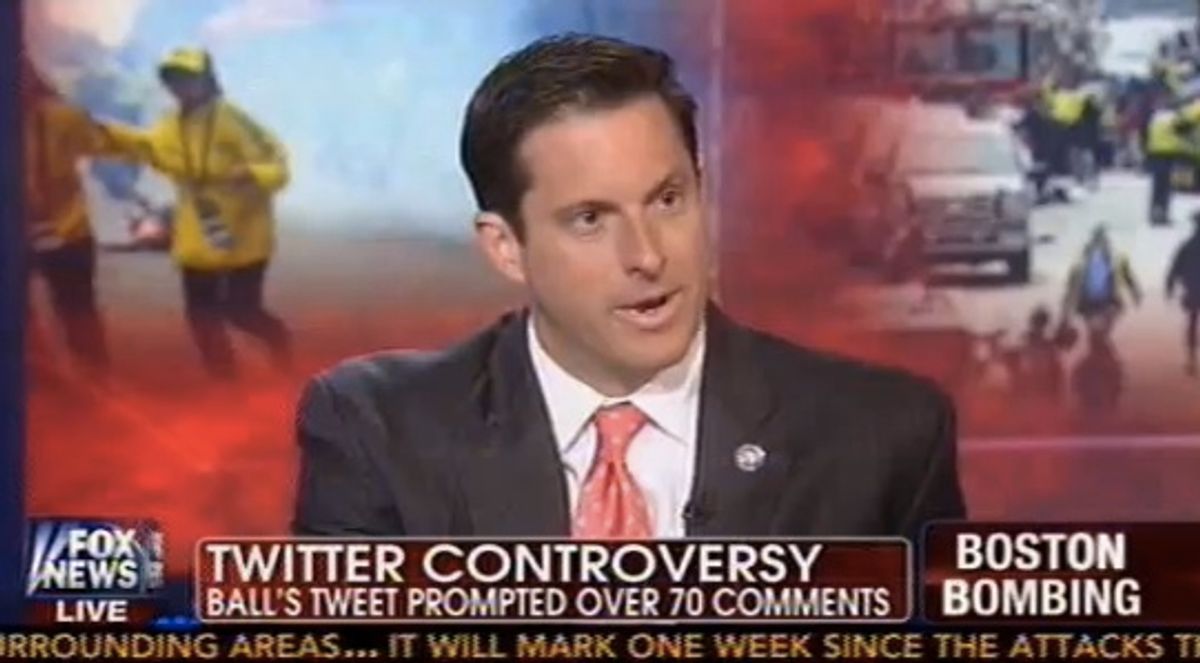 State Sen. Greg Ball, a Republican from New York, doubled down on his tweet suggesting that torture should be used on Boston bombing suspect Dzhokhar Tsarnaev, telling Fox & Friends that if it would "save one innocent life," he would be fine with it.

“If getting that information, including torture, would save one innocent life, including, that we’ve seen, children, would you use torture?" Ball said. "I would be first in line.”