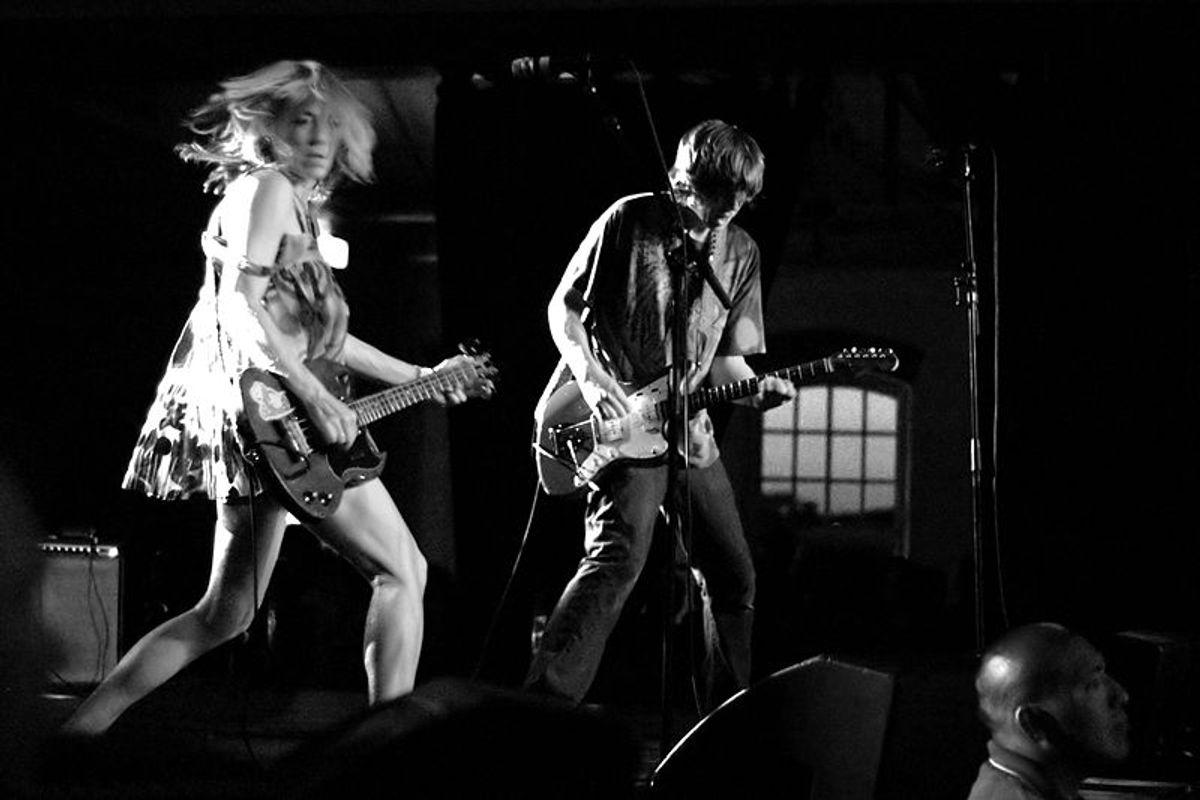 For 27 years, Kim Gordon and Thurston Moore were one of rock's most enviable couples, successfully pioneering a path for the indie rock scene with band Sonic Youth. But in 2011, the band dismantled and Moore and Gordon filed for divorce -- a split that rattled indie fans to the core.

In this month's Elle Magazine, Gordon opens up about what happened:

Some years ago, a woman Gordon declines to name became a part of the Sonic Youth world, first as the girlfriend of an erstwhile band member and later as a partner on a literary project with Moore. Eventually, Gordon discovered a text message and confronted him about having an affair. They went to counseling, but he kept seeing the other woman. "We never got to the point where we could just get rid of her so I could decide what I wanted to do," Gordon says. "Thurston was carrying on this whole double life with her. He was really like a lost soul." Moore moved out. Gordon stayed home and listened to a lot of hip-hop. "Rap music is really good when you’re traumatized," she says.