Augusten Burroughs: "What did normal people do when they stopped drinking?"

I had no idea how to fill the day when I got sober. Writing about it at least gave me something to do with my hands 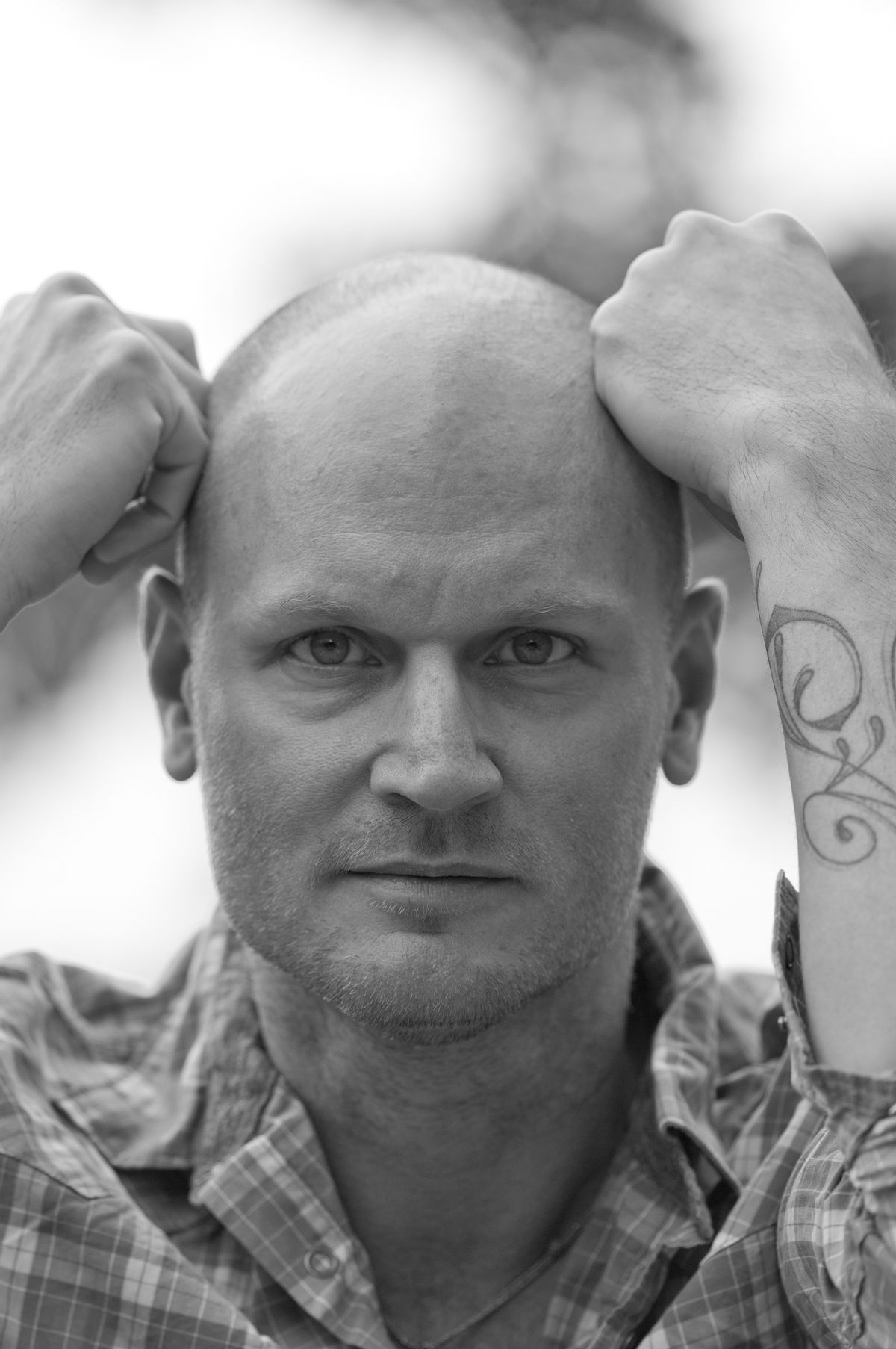 When I was a kid, one of my many phobias was that somebody would read my diary. Not because I revealed anything particularly secret beyond run-of-the-mill complaints about my brother’s greasy metallic aroma or the lack of buying power afforded by my pittance of an allowance. It’s just that I’d written this journal only for me; it wasn’t polite enough or interesting enough or funny enough for anyone else to read.

Dry began as nothing more ambitious than a journal I started the day I returned to New York City from rehab in Minnesota.

I was feeling nearly electriﬁed with the discomfort of existing with a blood alcohol level at zero. And I had no idea what to do with my sober self.

What did normal people do when they weren’t drinking?

I supposed they did things like clean, speak to friends on the phone and drop their kids off at gymnastics practice. In the past, periods of sobriety would be spent making apologies to people for various things I did to them while under the inﬂuence. So I sprayed Windex on things and rubbed paper towels over them, and with my free hand I clutched my phone and spoke to my cousins and my grandmother. I stacked the mail that had collected into two neat piles: bills to throw in the trash and pretend never arrived and mail-order catalogues for later, bedtime reading. Then I sat on the custom-made couch I’d purchased several years earlier and had only used as a sort of open-format clothes dresser. It was possibly the ﬁrst time I’d actually used the couch for sitting. I felt like I’d been accidentally locked inside a psychotherapist’s waiting room after hours. Couches were ridiculously pointless unless you had an actual receptionist and maintained ofﬁce hours. And while it was satisfying to have the debris picked up and air that smelled pleasingly like freshly wiped car windows, the fact remained that four in the afternoon was simply too early for bed.

Which left me with a throbbing and inﬂamed corpuscle of an issue I had to face immediately: Now what?

Across from where I sat was a round wooden table and a plastic patio chair. My computer was on this table, anchored to it by its sheer size and weight.

I walked over and sat, opened a new text document and started to type. Those ﬁrst few lines simply announced my return from rehab to nobody in particular. I wrote about not knowing what to do with myself, my hands especially. It was like I was writing to a friend, only I didn’t know which friend.

I didn’t even think of it as writing, really, just typing. Something to do with my hands, because I have always needed something to do with my hands or else they will ﬂutter about and twitch; I’m liable to smack them against something or cut into them by accident and require stitches. So it’s good to have them right in front of me at all times where I can watch them.

I found quickly that the mechanics of writing, of my ﬁngertips jabbing at the letters, served to somehow focus me by funneling my attention, backspacing and typing my way into my thoughts. The soft and steady percussion of hitting the keys was a metronome of sorts, allowing the amorphous anxiety or confusion or discomfort or misery or excitement short-circuiting inside my brain to form into actual sentences, detailed thoughts and emotions with deﬁnite form.

This was incredibly helpful. So helpful and instructive to me that on that ﬁrst day I began writing, I continued writing for the next six or seven hours.

And I kept on writing, day after day, month after month.

In the years since Dry was ﬁrst published, many people have told me they are amazed by the details within the book; how it’s the little things I do or say that really make them relate to the story of my own recovery. I am frequently asked, “How could you possibly remember so much?”

But I didn’t have to remember much of anything at all because I wrote Dry as it happened. Much of what I did or said during the drunken stupor that was my twenties was lost forever, but I could get down what was going on right now in this, my sober stupor.

As the length of my sobriety increased, so, too, did the length of the document. I still felt like I was writing a letter; albeit an insanely long one, to a friend. But now I felt like this friend would never have a face or a name.

It was, by far, the largest collection of words I had ever assembled, and I began to wonder, Why?

Also, What do I do with it now?

My friend Suzanne Finnamore had answers to both questions. “Because you’re a writer,” she told me. “You can bullshit and pretend you’re not all you want but it’s going to come out one way or another.”

As for what to do with all this writing, she said, “Your diary should be a book.”

She even knew exactly what to call it. “Dry,” she said.

What Suzanne told me had begun to feel ﬁrst possible and then real and true; I really was a writer. Growing up among poets and academics had caused me to view writing as something other and more reﬁned than what I did. But now I thought that might not be true.

Having seen something so basic about myself gave me a sense of joy and a great deal of hope about my future, which is palpable in the writing. Even though it contains so much darkness and sadness, it is all suspended  in a matrix of awe at the world and at being alive in such a world.

The problem was, I had no idea how to turn Dry into a book because it had no end.

Then George, the person at the heart of Dry, died. And my life spiraled and narrowed into a focused beam of grief and the need for drinking to escape.

I drank and watched TV. I suspected my body would be discovered by neighbors, dead on the bed with QVC playing on the screen. But instead of this, I began writing a novel about a home shopping channel and once I started, I did not stop until it was ﬁnished, seven days later.

My journal was left untouched and I focused on polishing the new manuscript and then ﬁnding an agent.

Literary agent Christopher Schelling signed me on as a client, saying, “Any query letter that manages to mention Joyce Dewitt, Debby Boone and Princess Diana in the same paragraph  is an automatic ‘Yes.’ ”

Only after St. Martin’s Press had acquired Sellevision did I even think to tell Christopher about what I’d written before and ask him if he would mind reading through it just to see if maybe any part of it could be used for something.

My belief that what I had initially written as a journal but now imagined as a book called Dry faded a little each day that Christopher remained out of touch. No e-mails, no calls meant he was still reading it.

By the time he did call, I had convinced myself that he was going to ﬁre me because he was appalled by what he’d read. Pre-empting him, I began damage control. “I mean, I know it’s a horrible mess, but it’s not a book or anything, it’s just my own ramblings. I only wanted you to read it so you could tell me if the style of it, the way it’s just me not thinking about what to say but just saying it, if this  kind of writing might be useful.” And then I kept on going. “Or  maybe even there’s a section or two I could just  lift right out and use like a seed to grow a novel?”

Christopher laughed and said, “Quite the opposite. More like, you had this when you sent me the manuscript for Sellevision? Why didn’t you show me this ﬁrst?”

Suzanne had been right, I really had written a book. Christopher said, “It needs a shitload of work; there’s just way, way too much here and it’s all over the place. But there’s deﬁnitely a book here.”

“That a person might want to read?” I asked.

“Absolutely,” he said. “It’s funny and sad and fucked-up and crazy and completely riveting.”

My childhood memoir, Running with Scissors, was actually the book that came out after Sellevision, and it changed my life. Then Dry changed it again. So many more people read Dry than would have if Scissors had not come before it.

Everywhere I went, literally, somebody I didn’t know would politely pull me aside and say, “I read Dry. Me too.”

People told me their English professor made them read it in a class or somebody passed it to them in treatment.

“Your book saved my life.” The ﬁrst time somebody said this to me I felt stricken, almost mistaken for somebody else.

If I said “Thank you,” did that make it seem like it had been intentional? When in truth, if Dry had saved their life it was only by accident. All I did was write my way through the day.

Fifteen years, very dense ones, have passed since I wrote Dry, and ten years since it was published, so when somebody tells me that it’s been an important book to them, I like knowing why.

Today I can see how my lack of a ﬁlter while writing about trying to get sober could actually be helpful or inspiring or life-saving to somebody. I didn’t try to polish my life up because I was trying to see it clearly myself.

I think that’s what people respond to.

When strangers approach me about Dry, they tend to do so with stunning openness about their own lives.

This book has introduced me in one way or another to so many amazing and essential people in my life.

On its own, without me doing anything.

Books are like that. Books just are. Sometimes books need to be, they need to exist and so they will body-snatch a writer and climb out through the writer’s ﬁngers and into the world where they belong to different people to different degrees and for different reasons.

I wrote Dry, but it’s not my story today. Dry belongs to the person who connects most powerfully with it, who identiﬁes and says, “That’s me.”