Boxer who fought Tsarnaev: "Wish I'd known he was evil" 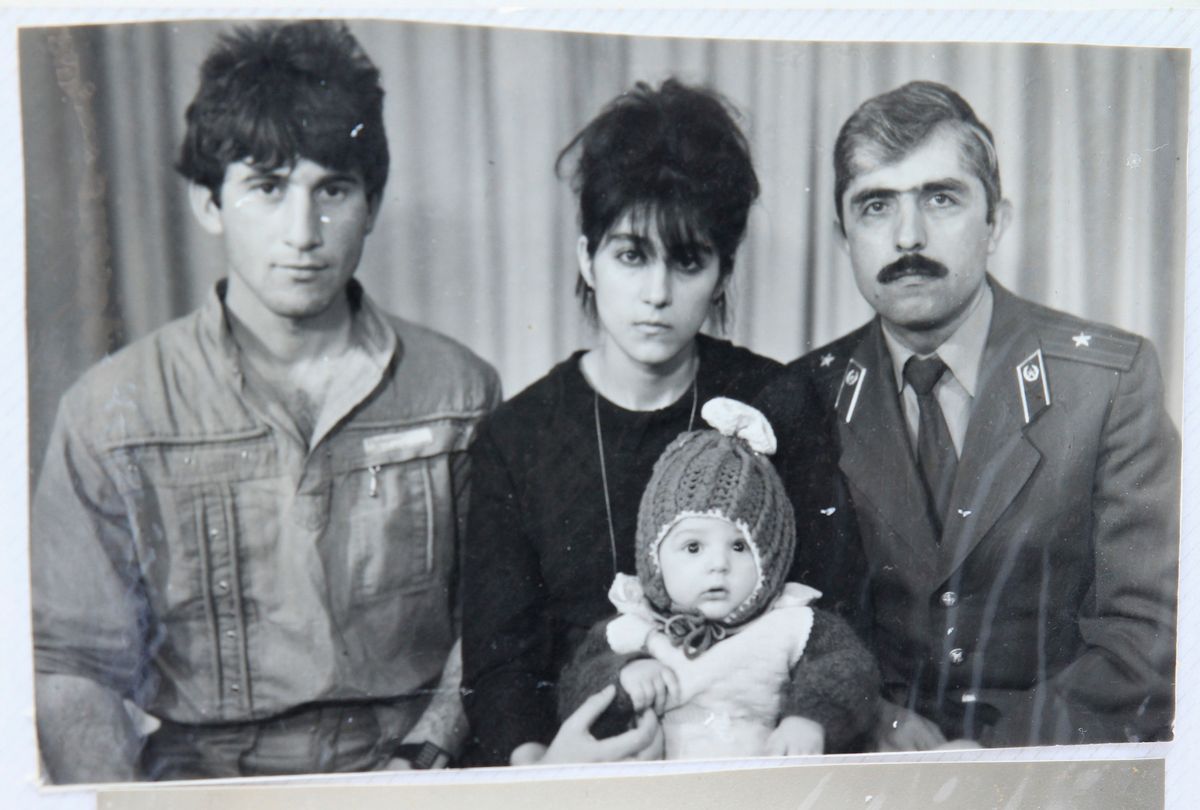 Edwin "La Bomba" Rodriguez, Massachusetts super middleweight contender, sparred with Tamerlan Tsarnaev two years ago. "Today I find out he's a terrorist and one of the Boston Marathon bombers," he posted on his Facebook page last Friday. "I'm glad I put a beating on him, but wish I'd known he was evil, because I wouldn't have slowed down on him..."

According to USA Boxing, Tsarnaev was registered in Massachusetts as an amateur boxer in 2004-2005 and in 2008-2010. He trained at the Somerville Boxing Gym and later at the South Boston Boxing Club. Apparently, his first amateur fight was at the Golden Gloves competition at Lowell Memorial Auditorium in January 2004. The Lowell Sun reported that he arrived in the United States and settled in Cambridge only five months earlier. His family had fled Grozny, Chechnya, which was ground zero in the Russo-Chechen wars of the mid-'90s and the early part of the twenty-first century. In 2003, the United Nations labeled it "the most destroyed city on earth."

To Tsarnaev, the Golden Gloves may have marked a beginning. "I like the USA," he told the Sun. "You have a chance to make money here if you are willing to work." "I think he can win the whole thing," his trainer said after that first bout. "He can throw." The trainer in the opposite corner was just as impressed. "There might not be a better fighter in the [178 lb.] class. He was good."

Tsarnaev was good enough to fight his way into the 2009 National Golden Gloves Championship's 201-pound class at Salt Lake City. He knocked down his Chicagoan opponent only to lose what was called "a controversial decision." The next year he won the regional tournament and the prestigious Rocky Marciano Trophy. He was supposed to represent New England in the Nationals again, but was disqualified when it was discovered that he was not yet an American citizen.

Trainer Kendrick Ball remembers the first time he saw Tsarnaev. "He was wearing a white shirt unbuttoned, tight jeans, and a trench coat. His shoes were bright like aluminum foil." He had "a swagger," Ball recalled. He seemed to be inviting someone to clown him but the trainer soon realized that "he could back it up." Working the opposite corner, Ball watched him throw jabs up from the waist with a sharp exhale "like a steam shovel," and follow up with powerful right hands. "He was strong," Ball said, strong enough to invite to Camp Get Right, his gym in Worcester, for sparring. So the trainer and the fighter exchanged numbers and set dates.

Tsarnaev showed up to spar — alone. No trainer came with him, no second. And that's a no-no in boxing. "I would never send my fighters to spar at another gym without me," Ball said. "You never know what can happen. They can be overmatched; suffer a concussion that you might never hear about." Stranger still was the fact that Tsarnaev brought no mouth piece, protective cup, or headgear. When Ball offered to let him borrow equipment, Tsarnaev declined. "He told me that's how he fights."

Ball let him go four rounds with an amateur super heavyweight, who dropped him with a left hook to the ribs. Tsarnaev recovered and wanted to continue. Ball wouldn't let him. Instead, he invited him to spar with a super middleweight ranked ninth by the Transnational Boxing Rankings. "Edwin [Rodriguez] is too small for me," Tsarnaev said. "I'll take it easy on him." Ball chuckled at that, and told him to "watch Friday Night Fights and see if you need to take it easy on him." (Rodriguez scored a first-round knockout on March 19, 2010 in a televised bout.) Tsarnaev watched, unmoved. "I'll take it easy on him," he said again.

In boxing parlance, "a gentleman" is a fighter who can be counted on to take it easy when sparring a lesser opponent. Rodriguez is "a gentleman," said Ball — unless provoked. Tsarnaev's arrogance provoked him.

Tsarnaev went two rounds with Rodriguez, who had no problem solving that steam shovel jab and landing at will. He was too hurt to continue on for a third round, but insisted on going back in for the fourth. Rodriguez decided to teach him a hard lesson. Before the round was over, Tsarnaev climbed out of the ring holding his side and spitting up blood in a bucket. Ball later found out that Rodriguez had broken one of his ribs. Afterwards, Tsarnaev had a more realistic outlook. "Edwin is really good," he admitted.

Tsarnaev and his half-empty gym bag travelled to different clubs around Massachusetts looking for sparring. Ex-middleweight contender Rodney Toney, now a trainer, saw him at The Ring Boxing Club on Commonwealth Ave on a couple of occasions. The Ring is located along the route of the Boston Marathon.

In 2010, Tsarnaev was pursuing his dream to fight for the United States Olympic Team.

By 2011, his dream was fraying. According to FBI records, a foreign government petitioned them about Tamerlan Tsarnaev. The request was "based on information that he was a follower of radical Islam and a strong believer, and that he had changed drastically since 2010." The FBI conducted a background check and interviewed the young man but found no evidence of terrorist activity.

In the summer of 2011, Tsarnaev showed up at the Big Six Boxing Academy in Providence, R.I. As usual, he was alone. Jason "Big Six" Estrada, a professional heavyweight tipping the scales at over 230 pounds, sparred with him on two occasions and noticed that the stranger fought in a stand-up, European style with his lead arm extended out, and both hands waving around and probing for an opening. Estrada said that he had decent speed and a good defense, though it wasn't enough: Estrada dropped him with body shots. Tsarnaev kept getting up and "coming back hard." They sparred two sessions before it was decided to put him in with a fighter his own size. That fighter, a cruiserweight with twelve professional fights, was expected to handle the amateur. "I'm not gonna lie," Estrada told me. "Tamerlan made him look silly."

An opportunity beckoned. Big Six Entertainment was planning to promote its first professional card in December 2011. Tsarnaev "wanted to get on that card," Estrada said. "And we were more than willing to get him on that card."

But Tsarnaev never got back to him.

That may have been the pivot that changed the trajectory of his life. Tsarnaev drifted away from the boxing ring and into something else, something dark. Travel records indicate that he left the U.S. in January 2012 and took a flight to Sheretmetyevo International Airport in Russia. He returned in July, sporting a beard.

There are reports on the New England boxing circuit suggesting that his interest in boxing sputtered into this year before it died. Only two months ago, Kendrick Ball bumped into him at Lowell's Golden Gloves tournament. "We talked boxing for about fifteen minutes," Ball said. "I was going to call him in the next few weeks to spar with my fighter."

Ball and Estrada were stunned at the news that he may have been responsible for taking four lives, including a child's, and maiming over a hundred spectators and participants at the Boston Marathon. "He could've turned professional," Ball said, his voice dropping to a whisper. "He would've been somebody we'd hear about, in a good way." Would he have been a contender? Estrada believes he would have been "a crowd-pleaser."

Throughout its history, Boston has acted as the nation's plain-speaking conscience, pointing towards both faith and reason when things get unruly. When patriots dumped British tea in the harbor, we told our sister colonies that it was high time for independence, and they followed. The abolitionist movement of the next century also found its epicenter here. Years before the Civil War, Boston said it was high time that slavery ended, and the rest followed, or were dragged. Ours is a city of calloused hands, strong virtue, and beginnings. It is no wonder that the first professional police department was established here, as was the first free public library.

Last Monday, Tsarnaev and his brother walked down Boylston Street in the shade of that library. It is alleged that they were behind what happened next, a terrorist attack during a sacred event. The city acted with the discipline of the Puritans who founded it. It shut itself down to make damn sure whoever did it got what was coming to them. All day Friday, the bricks-and-mortar itself seemed to glare in the eerie stillness; and the moment the faces of the bombers were broadcast to the world, a million eyes scanned the city and surrounding areas.

The Tsarnaev brothers grew desperate. They shot and killed a Massachusetts Institute of Technology officer in cold blood, carjacked an SUV, and were chased by screaming blue lights across Watertown. They threw bombs out the window to slow down their pursuers, but were cornered on Dexter Street. A firefight erupted in a residential neighborhood.

Tamerlan Tsarnaev madly flung himself toward the police officers with an explosive device strapped to his chest. He was shot to pieces. His injured brother was found curled up in a boat by a streetwise citizen. He is now in custody under heavy guard at Mount Auburn Hospital.

In 1897, the first Boston Marathon was run. On April 15, 2013, there was blood at the finish line at the 117th. We'll clean it up, take care of our own and anyone else who comes here with good intentions, and we'll run again next year.

This is a place of beginnings, not endings. On April 15th 2013, a baby was born to boxing contender and gentleman Edwin Rodriguez. His name is Evan.

first published in the thesweetscience.com