Fox "liberal:" No more Muslim or Chinese immigrants for a while

Bob Beckel says some Muslims should be sent home or to jail, while Chinese students will hack us 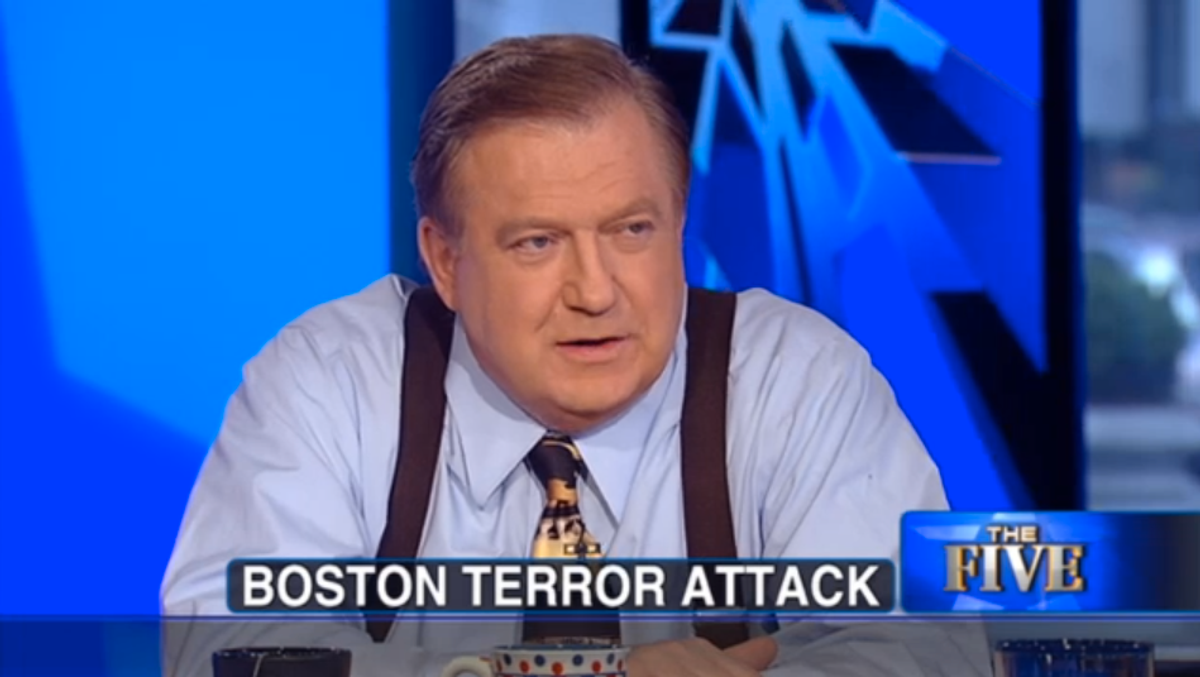 In the pantheon of dumb responses to the Boston Marathon bombing, this just might take the cake. Bob Beckel, the token liberal and politically incorrect comic relief on Fox News' "The Five" roundtable show, said today that we should stop allowing Muslim students to come to the United States for a little while, at least until we can deal with all the ones who are here now:

“I think we really have to consider, given the fact so many people hate us, that we're going to have to cut off Muslim students coming to this country for some period of time so that we can absorb what we've got and look at what we've got and decide whether some of the people here should be going, be sent home or sent to prison."

Later, Beckel took a moment to clarify and backpedal a bit "before I get complaints." Instead, he added Chinese students to the list of personas non grata, because, he said, they will just end up hacking us:

"First of all, I recognize that a Chinese student died in Boston and it was a tragedy. I think anybody that's here as a Chinese student or a Muslim student should stay here and finish their education. It is now time for us to take a pause and breath and hard look at the future of immigration of students. And, therefore, I think that we ought to be very selective in allowing any Muslim or Chinese students in here. They are brought here, taught computers, go back home and hack us.”