Michael Bay proud of "Armageddon," after all

The director clarifies his apology for the film 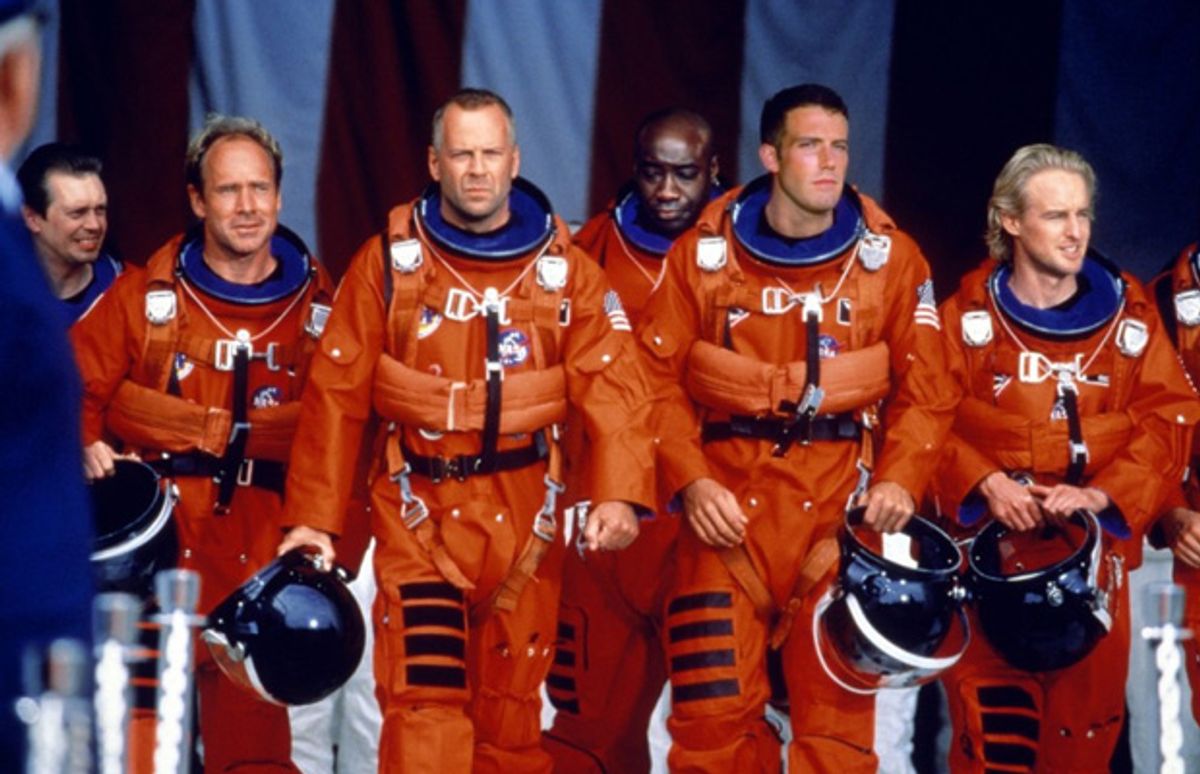 He told the Herald: “I will apologize for 'Armageddon,' because we had to do the whole movie in 16 weeks. It was a massive undertaking. That was not fair to the movie. I would redo the entire third act if I could. But the studio literally took the movie away from us. It was terrible. My visual effects supervisor had a nervous breakdown, so I had to be in charge of that. I called James Cameron and asked ‘What do you do when you’re doing all the effects yourself?’ But the movie did fine."

But Bay, who is currently promoting his Miami crime drama "Pain & Gain," quickly squashed any (mis)interpretations of the quote. Taking to his online forum, Bay released said he is not apologizing for "Armageddon" at all, and is "proud of the movie":

One press writer has gone too far in reporting false information. He has printed the bare minimum of my statement which in effect have twisted my words and meaning. I'm not in the slightest going to apologize for the third movie in my movie career, a film called Armageddon. On the red carpet for Pain & Gain some reporters asked me what are you apologizing for, and I said what on earth are you talking about?

What I clearly said to the reporter, is I wish I had more time to edit the film, specifcally the the third act. He asked me in effect what would you change if you could in your movies if you could go back. I said, I wish we had a few more weeks in the edit room on Armageddon. And still today Armageddon, is still one of the most shown movies on cable TV. And yes, I'm proud of the movie. Enough said.