The network stayed on the scene in Watertown, Mass., despite having nothing new to report 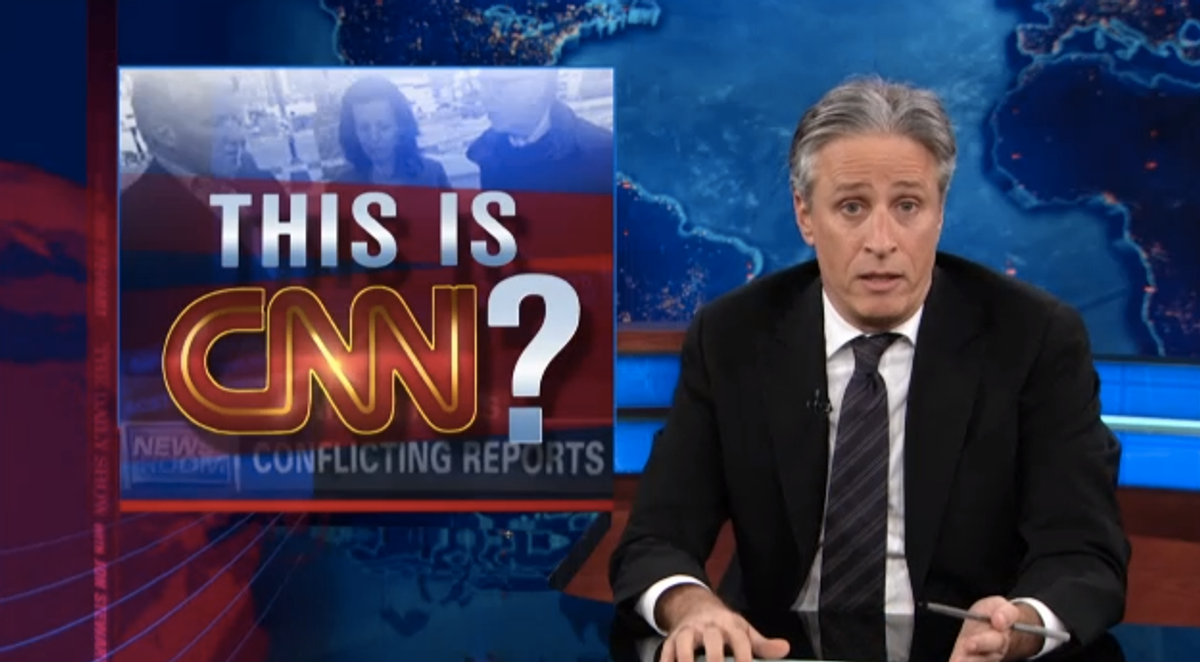 "If there's one thing you can say for this network, it's that they were there," Jon Stewart said dubiously about CNN's chaotic news coverage of the manhunt in Boston last week.

When other networks switched over to news anchors, CNN stayed on the scene in Watertown, Mass., despite having no news to report: