Sharron Angle: "It's a possibility" that I would run for Senate again

Angle, a Tea Party favorite, lost her challenge to Harry Reid in 2010 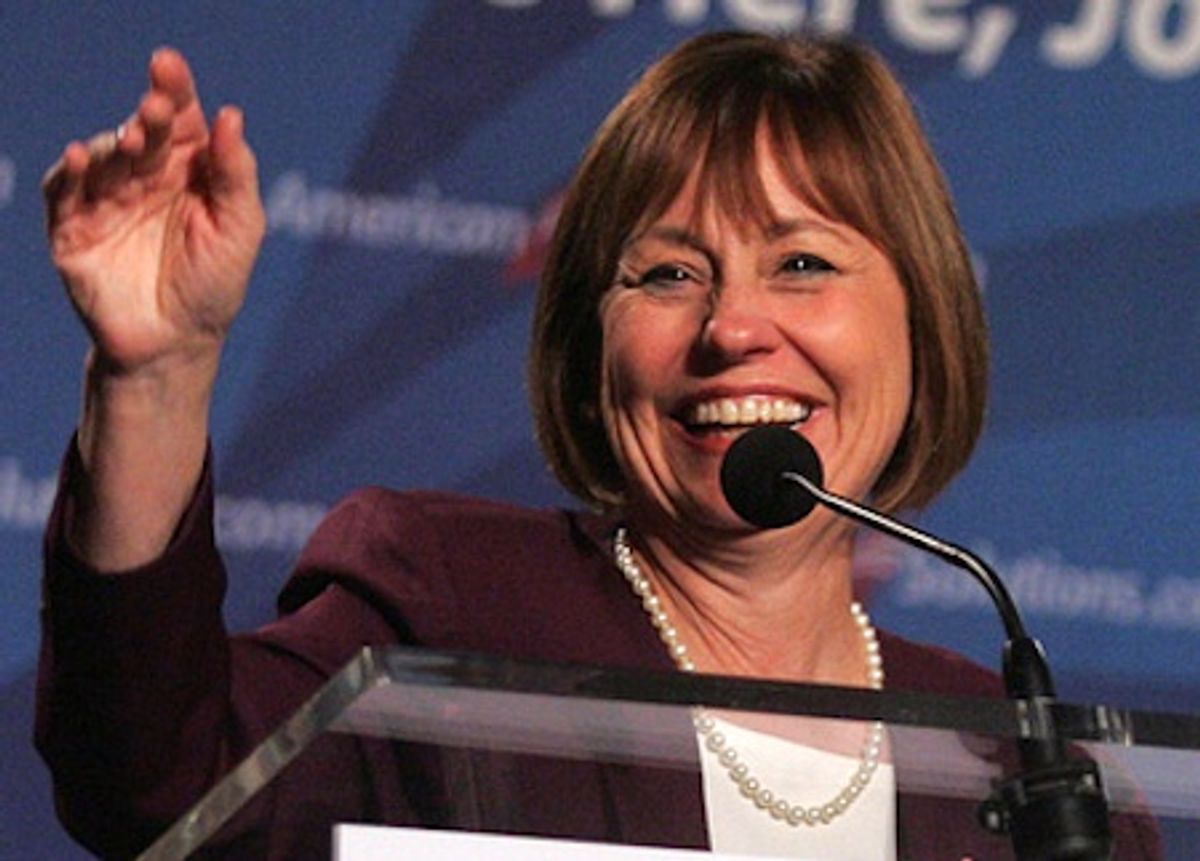 Sharron Angle, the Tea Party favorite who lost a challenge to Harry Reid in 2010, said that she'd be open to running for office again. "It's a possibility," Angle said, the Elko Daily Free Press reports.

Speaking to the a committee meeting of the Elko County Republican Party, while promoting her book “Right Angle: One Woman’s Journey to Reclaim the Constitution," Angle added: "If you believe in representative government, then you have to be willing to be one of those representatives. And I’m willing.”

Angle was a part of the infamous group of Republican candidates who in 2010 rode a wave of Tea Party support to primary wins, only to prove unelectable in the general election. Along the way, she made headlines for her former role in a far-right third party, her comment to a group of Latino students that "Some of you look a little more Asian to me," and her chronic aversion to speaking to the media - once even using a decoy.