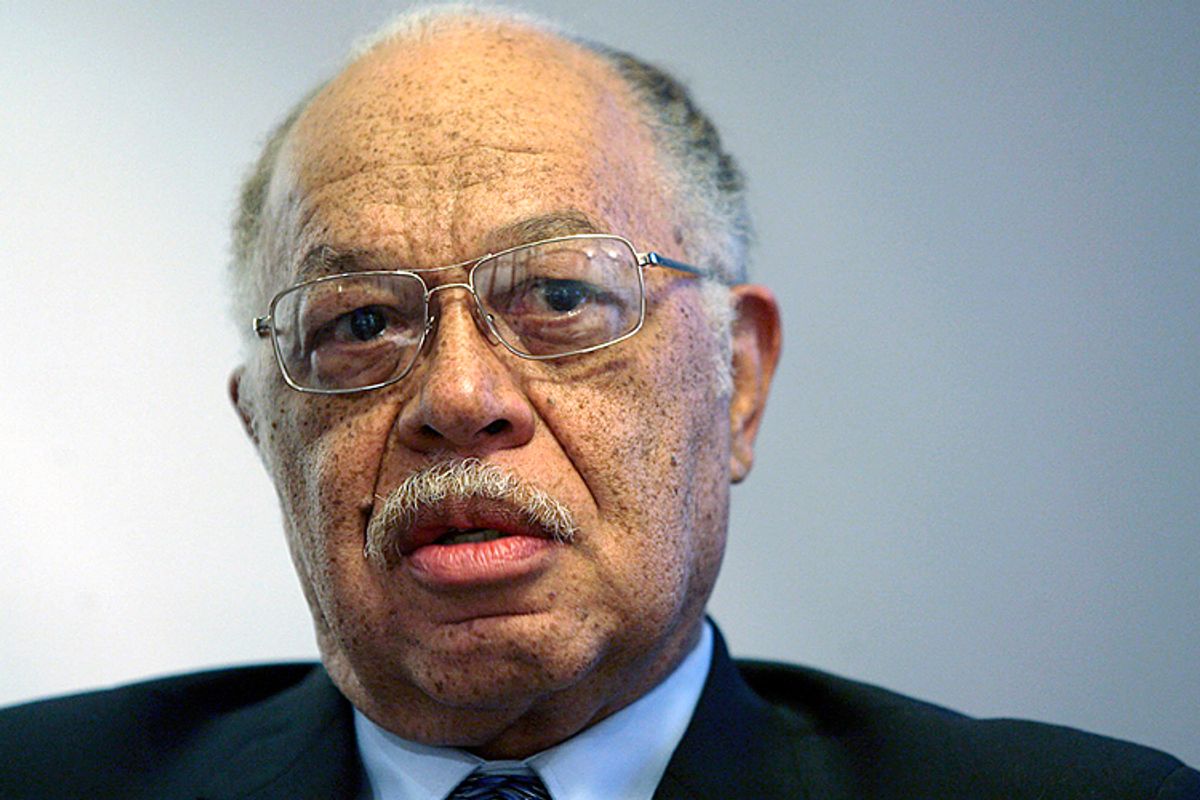 PHILADELPHIA (AP) -- An abortion provider charged with killing babies after they were born alive won a reprieve when a judge threw out three murder counts, but the death penalty still looms if he is convicted in four other newborn deaths.

Lawyers for Dr. Kermit Gosnell, 72, could start presenting defense witnesses as early as Wednesday. Gosnell has been in prison since a 2011 grand jury report that described his outdated West Philadelphia clinic as "a house of horrors."

Common Pleas Judge Jeffrey Minehart had ruled Tuesday that prosecutors over the past month failed to make a case on three of the seven first-degree murder counts, involving aborted babies known as Baby B, Baby C and Baby G.

On Wednesday, Minehart clarified that he did not intend to dismiss charges related to Baby C, which former employee Lynda Williams admits killing after it was alive for 20 minutes.

Instead, Minehart has thrown out the charges involving Baby F, which allegedly jerked its leg after it was born. Another staff member says Gosnell then cut the baby's neck to "ensure fetal demise."

Defense lawyer Jack McMahon challenged testimony from former staffers that they routinely saw aborted babies move, breathe or cry, even after they'd been given a drug designed to stop their heart in utero. McMahon argued that any movement or breath seen by the staffers amounted to involuntary spasms.

He noted that each of the babies had purportedly moved, breathed or whined just once.

"These are not the movements of a live child," McMahon argued Tuesday, after a month of prosecution testimony. "There is not one piece - not one - of objective, scientific evidence that anyone was born alive."

Minehart did not elaborate on his ruling, leaving the nearly full courtroom of reporters, abortion opponents and others to interpret his reasoning.

The body of Baby B had been found stored in a plastic water jug in 2010. The baby, like others, had been "snipped" or cut in the neck, and prosecution witnesses estimated it to be 28 weeks gestation. But McMahon had argued there was no evidence the baby had breathed outside the womb.

And unlicensed doctor Stephen Massof had said he saw Gosnell cut the spine of Baby G, after seeing what he called "a respiratory excursion." McMahon, though, said there was no proof of the baby's age or viability.

"She wasn't treated any differently than any of the other thousands of other people who went through there," McMahon argued, attributing the death to a medical complication.

Prosecutors have said that patients were routinely exposed to unsanitary, intentionally reckless conditions at Gosnell's clinic. Former staffers have testified that patients received heavy sedatives and painkillers from untrained workers while Gosnell was offsite, and were then left in waiting rooms for hours, often unattended.

The 2011 grand jury report alleges that dozens of women were injured at Gosnell's clinic over the past 30 years. Some left with torn wombs or bowels, some with venereal disease contracted through the reuse of non-sterilized equipment, and some left with fetal remains still inside them, the report alleged. The report also blamed Gosnell for an earlier maternal death that was not charged.

The prosecution rested Thursday, and the defense is calling witnesses this week. It's not known if Gosnell will testify.

A string of character witnesses testified Tuesday afternoon for Gosnell's co-defendant, Eileen O'Neill. She is charged with three counts of theft for practicing medicine without a license, after Minehart dismissed six similar counts.

Gosnell is also charged with racketeering, performing illegal abortions and failing to counsel women 24 hours before a procedure.