The bestselling author placed high-profile ads asking the government to bail out books. He talks to Salon 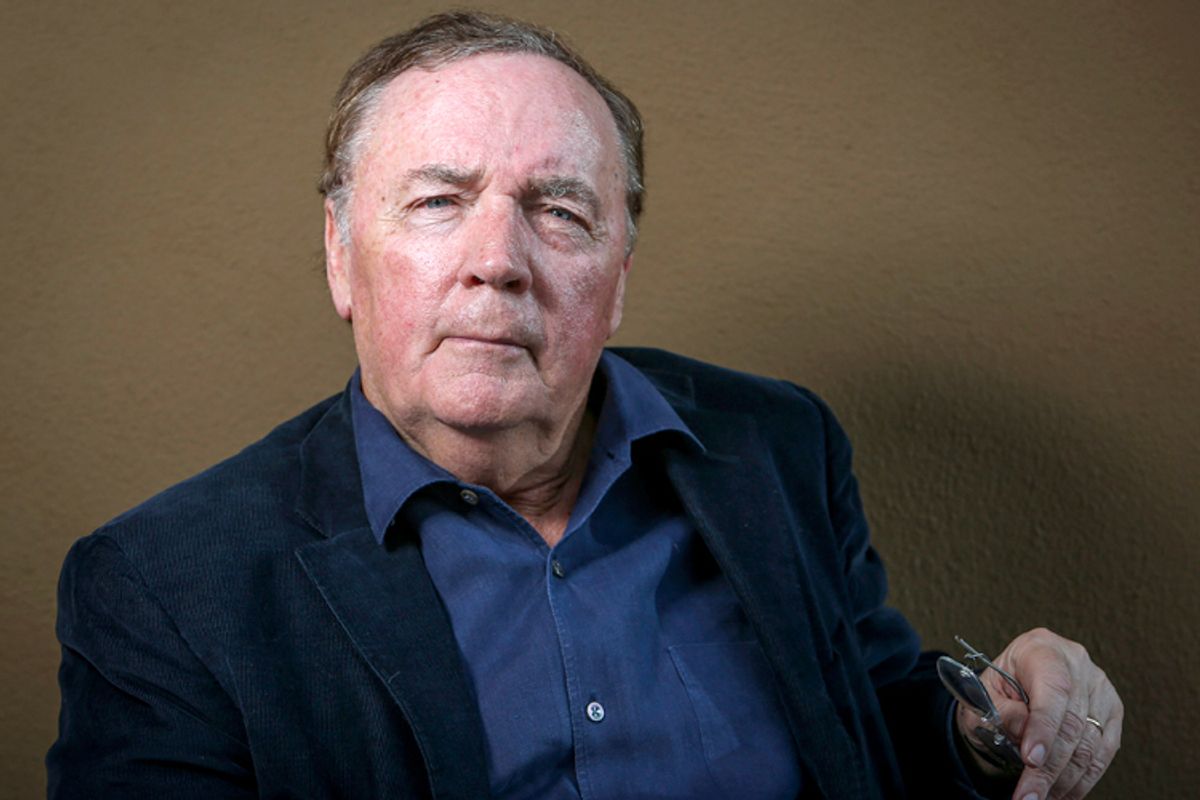 James Patterson is in no need of a bailout.

The author of bestsellers including "Along Came a Spider" and "Suzanne's Diary for Nicholas" currently occupies spots on four different New York Times bestseller lists with three discrete books. (Those would be "Alex Cross, Run"; "Now You See Her," written with Michael Ledwidge; and "I, Michael Bennett," written with Ledwidge also.)

Despite his success in a strain of genre fiction not often recommended in classrooms, Patterson has become, suddenly, the closest thing the publishing industry has to an ambassador. The multimillion-seller author placed an ad last weekend in the New York Times Book Review and in Publishers Weekly (depicted below) advocating for government intervention -- the same sort of bailout Goldman got -- in order to save an industry besieged by bookstore closings and consolidation of the few remaining major publishing houses. Patterson cited books including William Styron's "Sophie's Choice," Joan Didion's "Year of Magical Thinking," and Toni Morrison's "Beloved" in service of his argument that the American publishing industry has, historically, been able to produce enduring classics -- and that its power will be gravely foreshortened, and the number of classics limited, by  attenuated publishing and bookselling industries.

Salon spoke to James Patterson about his decision to publish the ad, and what comes next in the mission to save American book publishing.

Tell me about the decision to place the ad.

I do a lot of things to try to raise level of awareness of what's going on in country right now. This is an unusual and different time for books, the most unusual in the history of this country. E-books are fine and dandy, but it's all happening so quickly, and I don't think anyone thought through the consequences of having many fewer bookstores, of libraries being shut down or limited, of publishers going out of business -- possibly in the future, many publishers going out of business.

A lot of it had to do with getting kids reading. I have a site for school librarians, teachers, and kids to go to -- readkiddoread.com. It's a fairly big site: it does a fair amount of good. And I will have 400 scholarships for teachers at 21 universities this year. I'm giving 300,000 books.

So do you think a bailout of books is actually realistic? Or was it a kind of purposefully outlandish "Modest Proposal"?

I don't think it's a question of bailing out, necessarily. In Germany, Italy, and France, they protect bookstores and publishers. It is widely practiced in parts of Europe. I don't think that's outlandish. But people have mixed feelings about the government doing anything right now.

I haven't thought about it but I'm sure there are things that can be done. There might be tax breaks, there might be limitations on the monopolies in the book business. We haven't gotten into laws that should or shouldn't be done in terms of the internet. I'm not sure what needs to happen, but right now, nothing's happening.

The press doesn't deal with the effects of e-books as a story. Borders closing down is treated as a business story. Where we are in Westchester during the summer, you'd think that'd be a bookstore haven, and there's nothing. And that's not unusual. I don't think we can be the country we'd like to be without literature.

Have you gotten feedback yet? Are people proposing solutions?

My solutions to this point are the other things i'm doing, and it's a lot. In terms of the big picture, yeah, if I'm gonna see Obama tomorrow -- if i could see the president, I'm not sure what I'd say -- because he'd say what do you want me to do? I think that's the stage we're at. The stage we need to get to, something needs to get done. Let's go the next stage.

Is encouraging readers to support bookstores and authors not enough?

I think part of it is -- World Book Night is tonight [Tuesday night] and I was in Nashville last night to go to a kickoff at Ann Patchett's store. One of the things we agreed on is there are too many people talking about things who don't do anything. She did something. She bought a bookstore. To some extent, it's a symbolic act. But it got a lot of coverage. And it has to be out of love. And I'm doing something. With World Book Night, they have 25,000 people going out and giving out half a million books tonight. It seems to me that in addition to that -- I think it'd be a cool and doable thing if we encouraged everybody in the country -- it won't be everybody -- to pick a book they loved and give it to a stranger. I think it'd doable, and a cool thing for person giving and receiving the book. For a day we all think about books more. You go out, you go into wherever -- the train, wherever -- and say, "I just want to give you this book, I love it."

You published your advertisement in The New York Times Book Review, a publication that's unlikely to review your books or take them seriously.

I don't care about that, that's irrelevant. Stephen King's [mentioned in the ad as a classic author] and he hasn't been kind to me. It's just that they're more influential. And I put the ad in Publishers Weekly to make inroads in business. My publisher, we will sit down and talk about this.

Do you see yourself at the forefront of a movement?

I don't think we have a real strong spokesperson in the publishing community, someone who can stand up. If they were, they got distracted by lawsuits [against Amazon and publishing houses]. That scares publishers, as it should. It doesn't really matter. I'm stepping up a little. But it'd be nice if it was the head of a publishing company.

The president could stand up and say, "bookstores are important, libraries are important." Laura and Barbara Bush both did. Now, not so much -- Michelle [Obama] hasn't taken it up. She has a lot of causes, but this isn't one of them.