Katherine Tsarnaeva is one of the most mysterious figures in the Boston bombing investigation. Here's what we know 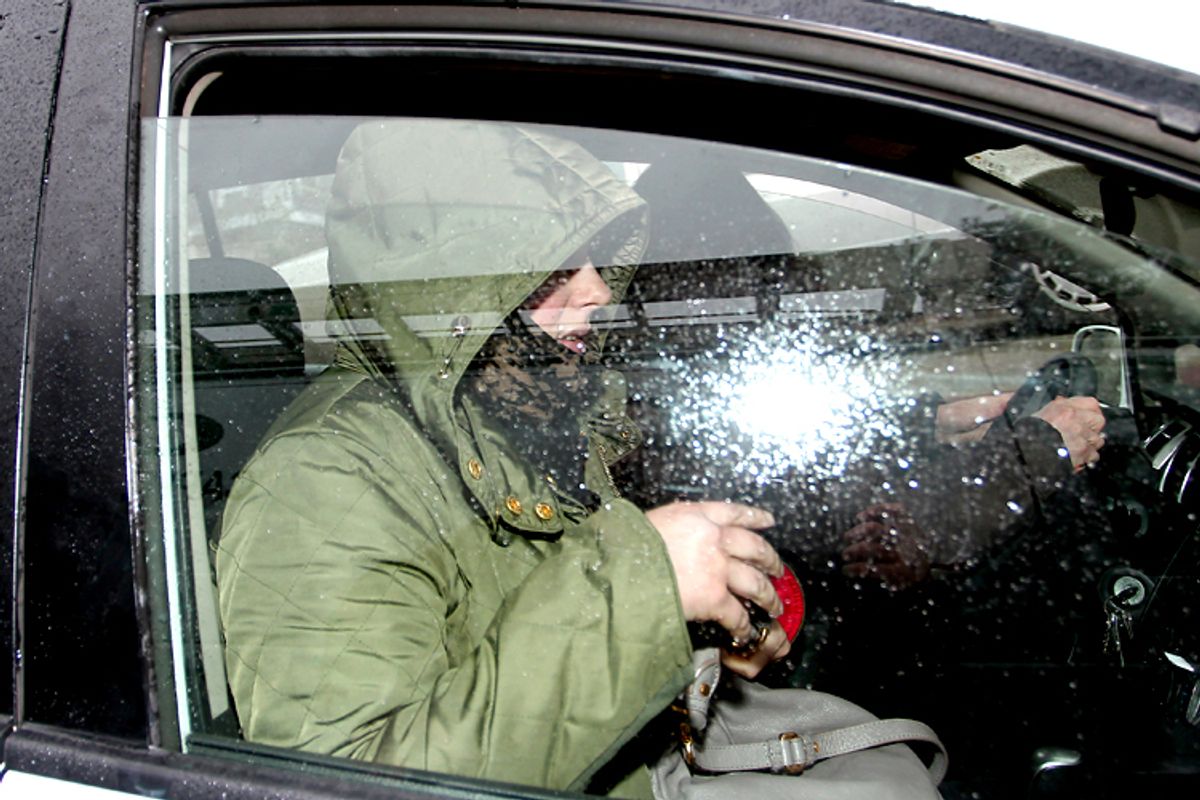 That's one of the central questions in the ongoing investigation of the bombings at the Boston Marathon. Ms. Tsarnaeva was the wife of the late Tamerlan Tsarnaev and sister-in-law to Dzhokhar Tsarnaev, the respective suspects 1 and 2 in the case.

But unlike the Tsarnaev brothers, she is a New England native and a convert to Islam, and by all appearances a devout one; she has recently been photographed leaving her parents' Rhode Island home in the traditional hijab.

According to her attorneys, Tsarnaeva is fully cooperating with the investigation into the incidents in Boston; she had been the subject of federal scrutiny once authorities became aware Tamerlan Tsarnaev was married.

According to an Associated Press report, Tsarnaeva was born Katherine Russell and attended North Kingstown High School in Rhode Island and Suffolk University in Boston, where she had a special interest in and aptitude for art; she left Suffolk in 2010, the same year she married Tamerlan Tsarnaev. They lived together, with their young child and, at times, Tamerlan's mother and father, in a Cambridge apartment.

Tsarnaeva is not the woman Tsarnaev was charged with beating in a 2009 domestic dispute: that was Nadine Ascencao, who filed charges of assault and battery, later dismissed before trial, against the late Tsarnaev. "He was a little tough guy, but I thought that was it. In high school, everybody acts like that. Like a bully guy, you know? Now it's just shocking for me," Ascencao told the Wall Street Journal.

Ascencao is a Portuguese name, and Tsarnaeva's lawyer told the AP Tamerlan was dating another woman when they met. It's probable that Ascencao is the "half Portuguese, half Italian" ex-girlfriend with whom Tsarnaev posed in Johannes Hirn's 2010 photo gallery with captions. The gallery, with captions about Tamerlan Tsarnaev's boxing career, has since been taken private (context and some captions are available here). If this is the case, then in Tamerlan's telling as reported by Hirn, Ascencao converted to Islam, too.

Tsarnaeva's parents, Rhode Island residents who the AP reports raised Katherine as a Christian, had been in the process of selling the North Kingstown home, where Katherine now resides with her child. While the Tsarnaevs are still technically suspects, the Russell parents' statement to reporters indicated their certitude. That statement read in part: "Our hearts are sickened by the knowledge of the horror he has inflicted."