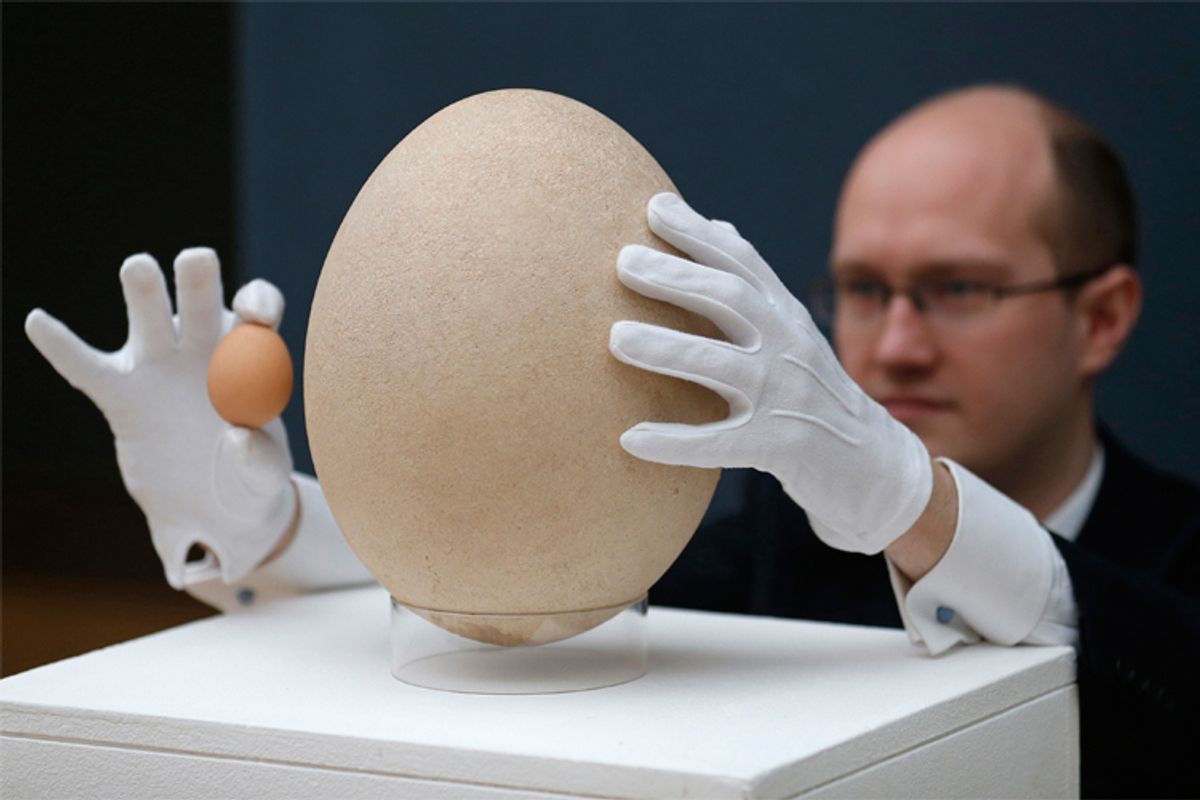 LONDON (AP) — A massive, partly fossilized egg laid by a now-extinct elephant bird has sold for more than double its estimate at a London auction.

Christie's auction house said Wednesday that the foot-long, nearly nine-inches in diameter egg fetched 66,675 pounds ($101,813). It had been valued at 20,000 to 30,000 pounds pre-sale, and was sold to an anonymous buyer over the telephone after about 10 minutes of competitive bidding.

Elephant birds were wiped out several hundred years ago. The oversized ovum, laid on the island of Madagascar, is believed to date back before the 17th century.

Flightless, fruit-gobbling elephant birds resembled giant ostriches and could grow to be 11 feet high (3.4 meters). Christie's says their eggs are 100 times the size of an average chicken's.