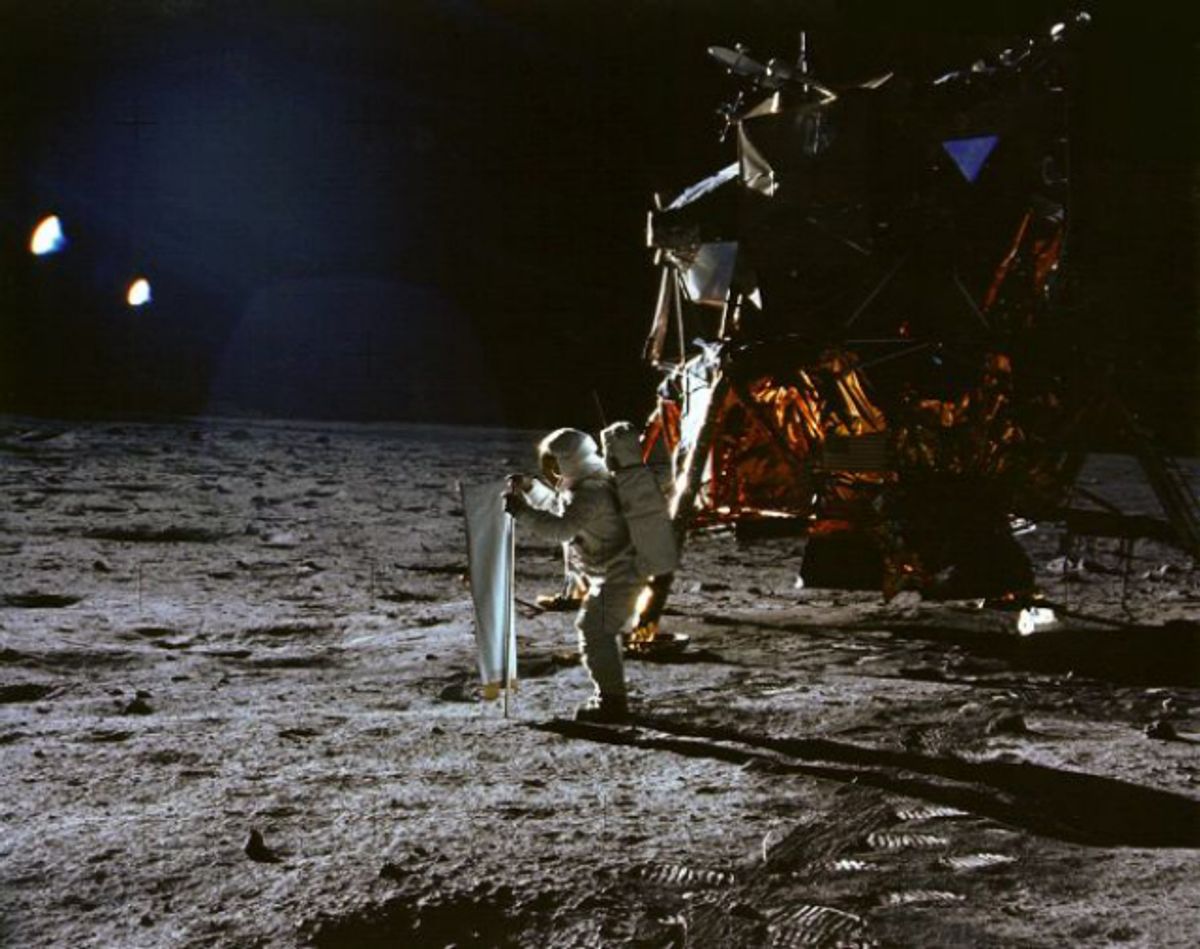 Some of the most historic sites of human history aren’t even on our planet. On the moon are the six lunar landing sites left from NASA’s 1969 to 1972 trips to the moon, and traveling somewhere out in the distance of the universe are interstellar objects like the Voyager probes. There are even closer historical space objects lingering in orbit with other space debris around the planet, like dead satellites and pieces of rockets.

A growing focus has been how to preserve these historical sites and objects, when no earthly country can own the land or space they are on. Leonard David with SPACE.com explored this emerging extraterrestrial preservation concentration this week, focusing on the gathering of several of its academic proponents at the annual Society for American Archaeology meeting that was held earlier this month in Honolulu. For example, Beth O’Leary of New Mexico State University elaborated on how to turn the site where the 1969 Apollo 11 lunar lander touched down into a protected national historic landmark, using funding from NASA. Joe Reynolds of Clemson University pointed out the similarities in preserving these types of sites to places like Antarctica, where groups like the Antarctic Heritage Trust oversee historical exploration bases and sites, while the land remains possessed through an international treaty.

Buzz Aldrin’s footprint on the moon (via NASA)

The issue of space preservation is one that’s been raised before, including back at the 2008 NASA Lunar Science Conference, where the possibility of the moon rovers just rolling over astronaut footprints and knocking down planted flags in their robot paths was examined. This concern of new moon missions brazenly, and unintentionally, destroying history led to the Google X Lunar prize competition reaching an agreement with NASA that their space exploration prize winners wouldn’t wreck the moon sites.

2012 image of the Apollo landing site (via NASA)

Surprisingly, a lot remains of the lunar missions on the moon’s powdery surface. The relics left behind including Lunar Roving Vehicles, pieces of the Lunar Modules, and scientific instruments (hauling all those moonrocks back to Earth required the lightening of the module weight). There are even the golf balls Alan Shepard hit during the Apollo 14 mission. A 2012 photograph of the Apollo 11 site where Neil Armstrong and Buzz Aldrin stepped onto the Sea of Tranquility as the first human visitors to the moon shows much of their materials and even their tracks left behind. And of course, the space debris isn’t going anywhere, as a study recently conducted for the Inter-Agency Space Debris Coordination Committee warned that the around 20,000 objects in orbit were actually becoming a serious hazard for collisions. All of this material is still owned by the government who left it there, even if space and the moon remain unowned.

Alan Shepard golfing at the Apollo 14 moon mission (via Discovery)

Taking world heritage guidelines and applying them to a place that isn’t even part of our world is obviously complex, made even more so by the dense international laws of space, especially the 1967 Outer Space Treaty that keeps any country from claiming sovereignty outside of our atmosphere. As Reynolds stated at the Society for American Archaeology meeting: ”I am a preservationist trying to protect a human archeological site 233,000 miles away.”