Tween girl gets Internet famous for being really, really good at science 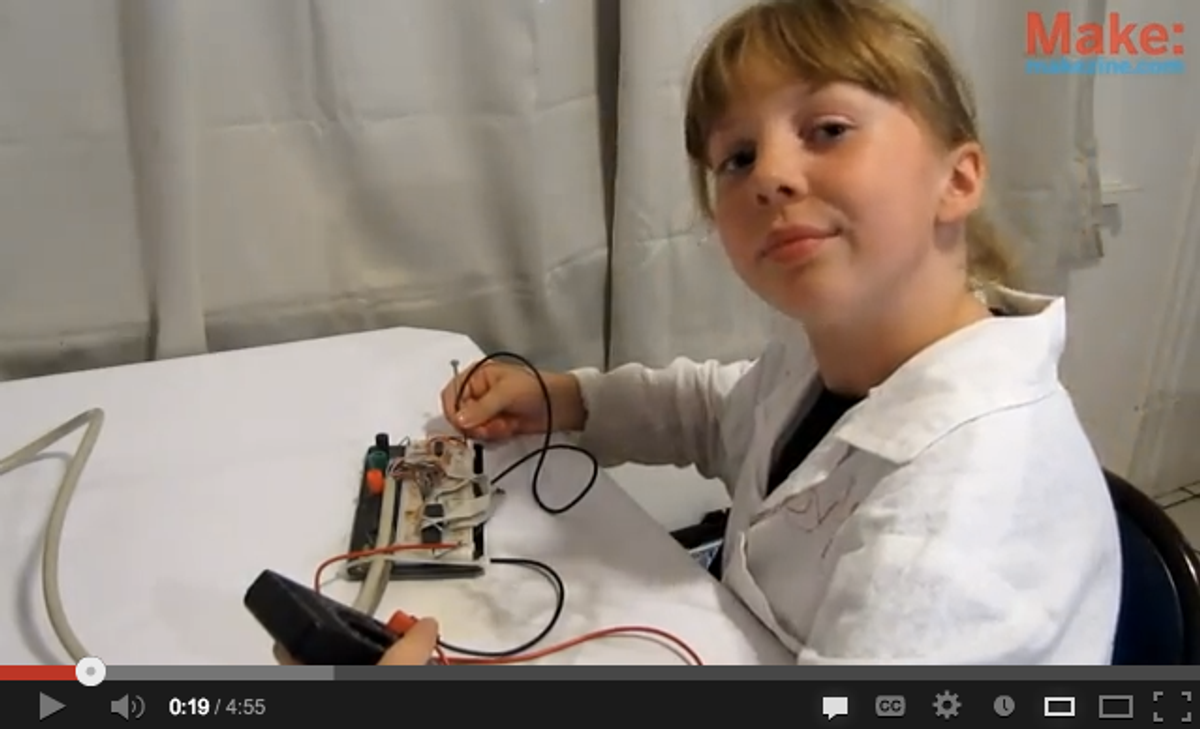 Sylvia Todd is "big on the Internet." The 11-year-old science star has received more than 1.5 million hits on her YouTube series "Sylvia’s Super-Awesome Maker Show," in which she teaches viewers how to make things -- like electricity-conducting dough and painting robots. (The latter of which landed her a one-on-one interaction with President Barack Obama at the White House Science Fair. “I shook his hand twice!” she told the New York Times.)

Sylvia films her "Super-Awesome Maker Show" with help from her parents, but she is the driving force behind the series, as the Times reports:

The seeds for the show were planted when Sylvia was 5, and she and her father attended the Maker Faire in San Mateo, Calif., an annual event organized by Maker Magazine that celebrates makers and their projects. Two summers ago, Mr. Todd began videotaping Sylvia’s demonstrations, as a summer project. “We just wanted to do something fun,” Sylvia said.

But unlike many other YouTube stars, the Todds haven't been able to capitalize on the success of the series, making it more of a labor of love than a source of revenue: "I would say we spend maybe $100 a year,” Sylvia's father said of the series budget. “We don’t have a lot of money for this; really, it just takes time.” But budding young scientist Sylvia isn't much interested in a media career, and sees herself as an astronaut or an aeronautical engineer later down the line.

Although, being the sensible type, she does have a backup plan: “If all else fails,” she told the Times, she'll consider becoming “a comic book artist.”