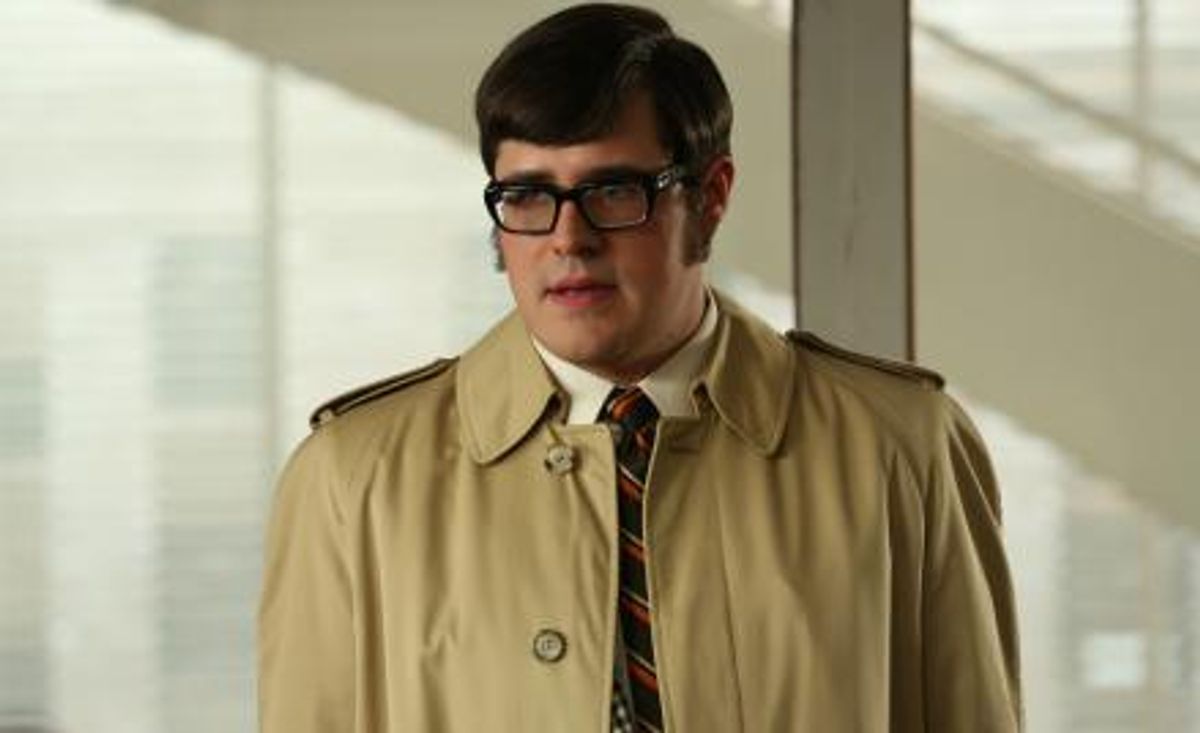 Sunday’s episode of AMC’s “Mad Men” threw a mixture of accurate historical details into its skillfully written storylines, and viewers -- as usual -- made sport out of separating the fact from the fiction. One subplot centering on the real-life football legend Joe Namath spurred more than its share of Twitter-fueled speculation.

In the episode, “To Have and to Hold,” Harry (Rich Sommer) pitches a sponsorship concept to Dow Chemical as a way of improving the PR-challenged company’s image. The pitch? “Broadway Joe on Broadway,” a variety special featuring Namath singing Broadway show tunes on ABC. “America loves football and America loves Broadway,” or so goes the pitch.

So did the special really happen? While several viewers wondered on Twitter, the reality is, the concept was more fiction than fact -- although there was a little bit of both. Namath, of course, really went by the nickname “Broadway Joe,” but he didn’t earn that designation from his singing abilities. As he told Sports Illustrated in an interview, he got the nickname from his New York Jets teammate Sherman Plunkett, who conjured up the moniker after Namath had appeared on the cover of the magazine with Broadway as a backdrop.

However, the football star did, in fact, enjoy a bit of a showbiz career -- on stage and screen -- but he doesn’t seem to have donned a straw hat for the a musical special as imagined by the “Mad Men” pitchman. In 1969, a year after the episode takes place, Namath did star in his own talk show, “The Joe Namath Show,” which debuted just a few months after Namath led the Jets to victory in Super Bowl III. The show was canceled after only one season.

Namath also guest-starred on several established variety shows, including “The Sonny and Cher Comedy Hour,” “The Dean Martin Comedy Hour” and “Laugh-In,” but most of those appearances came later. As for starring on the actual Great White Way, Broadway Joe starred on Broadway only once, in Herman Wouk’s “The Caine Mutiny Court-Martial,” which ran at the Circle in the Square Theatre in 1983. (Here’s a brief write-up in New York magazine.)

Still, Harry’s aims to rehabilitate Dow’s image weren’t entirely based in fiction. The company was the target of fierce criticism in the 1960s, as college students around the country staged sit-ins to protest Dow’s manufacturing of napalm, an agent used in flame-throwers and bombs. So in the interest of Matthew Weiner-style realism, the chemical giant circa 1968 could certainly have used a bit of PR help from America’s favorite quarterback. And judging from some of the reactions of “Mad Men” viewers, the idea isn’t so crazy. It looks like Harry really did earn that $23,500 commission check.