President Obama has said the use of such weaponry would could prompt the U.S. to intervene in the Syrian civil war 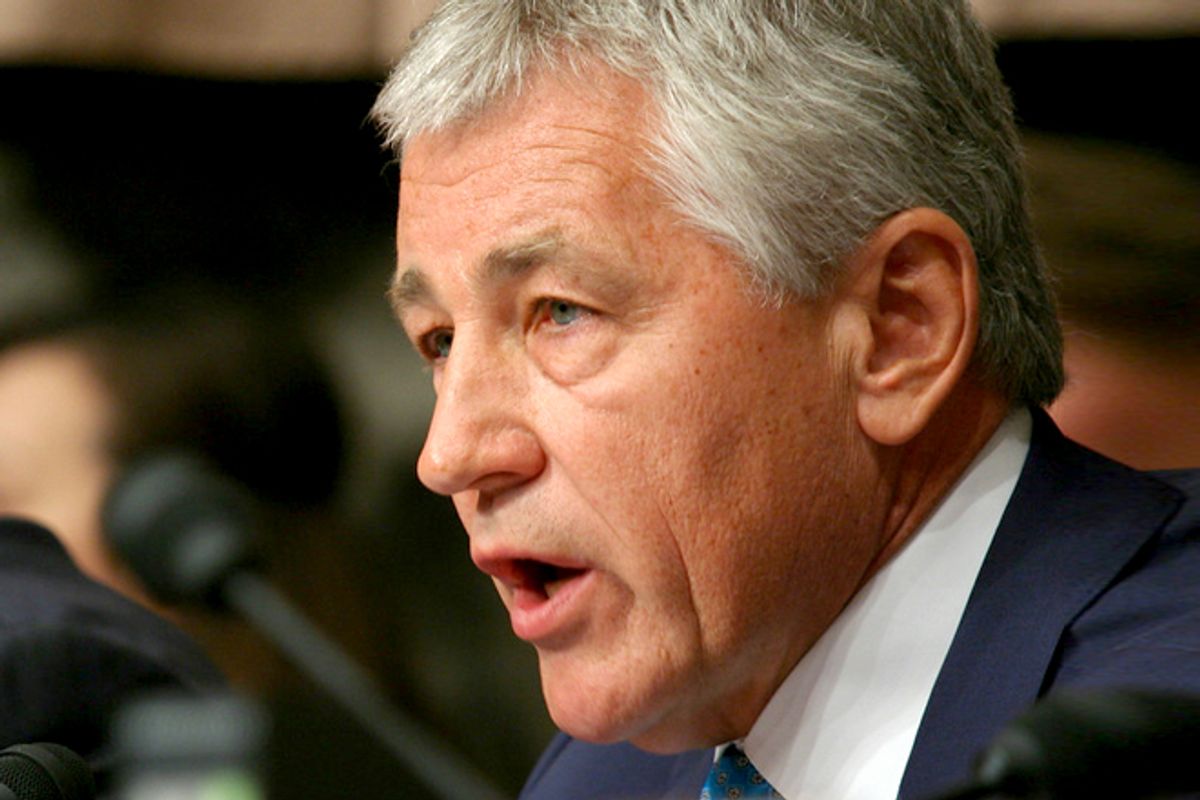 Hagel, speaking to reporters in Abu Dhabi, said the White House has informed two senators by letter that, within the past day, “our intelligence community does assess, with varying degrees of confidence, that the Syrian regime has used chemical weapons on a small scale in Syria, specifically, the chemical agent sarin.”

“It violates every convention of warfare,” Hagel said.No information was made public on what quantity of chemical weapons might have been used, or when or what casualties might have resulted.President Barack Obama has said the use of chemical weapons would be a “game-changer” in the U.S. position on intervening in the Syrian civil war, and the letter to Congress reiterates that the use or transfer of chemical weapons in Syria is a “red line for the United States.” However, the letter also hints that a broad U.S. response is not imminent.White House legislative director Miguel Rodriguez, who signed the letter, wrote that “because the president takes this issue so seriously, we have an obligation to fully investigate any and all evidence of chemical weapons use within Syria.”

The assessment, Rodriguez says, is based in part on “physiological samples.”

He also said the U.S. believes that the use of chemical weapons “originated with the Assad regime.” That is consistent with the Obama administration’s assertion that the Syrian rebels do not have access to the country’s stockpiles.

In Washington, McCain quoted from the letter the White House sent to several senators who had pressed the administration about Syria’s possible use of chemical weapons.

“We just received a letter from the president in response to our question about whether Assad had used chemical weapons,” McCain told reporters following a closed briefing with Secretary of State John Kerry on Syria and North Korea.