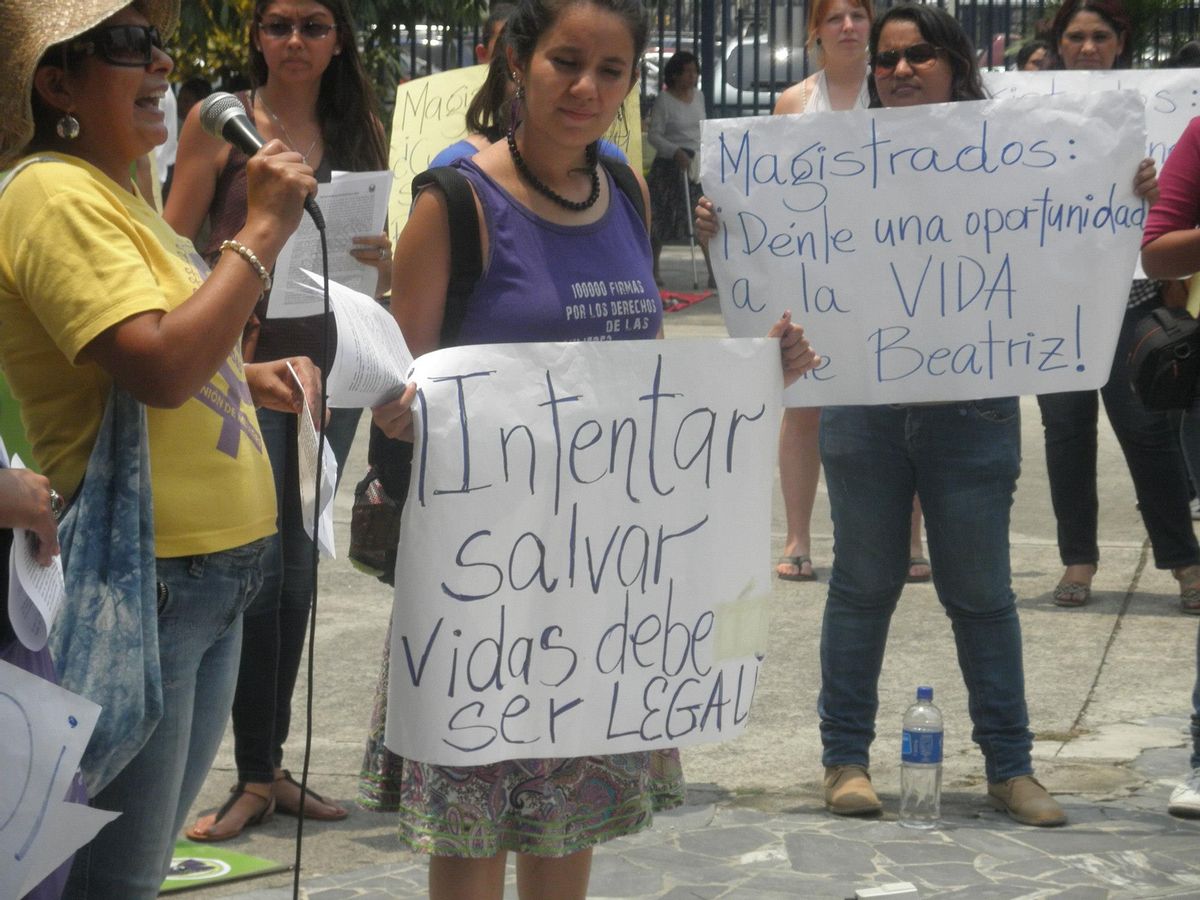 The court has only issued a temporary directive that the woman, identified only as Beatriz, be given "necessary medical care" while they consider her petition for an abortion. But time is short, as Amnesty's Human Rights Project Coordinator Kathryn R. Striffolino told Salon on Thursday:

As Salon previously reported, Beatriz is 22 years old and five months into a pregnancy with a non-viable, anencephalic (developing without a brain and certain parts of the skull) fetus. Doctors have diagnosed Beatriz as being at high risk for pregnancy-related death due to health complications caused by an autoimmune disease. But, because abortion is banned under all circumstances in El Salvador, Beatriz cannot go forward with the procedure without risking putting herself, and her doctors, in jail.

Ministry legal advisor Carlos Castillo has also urged the court to resolve the case quickly and before Beatriz's condition worsens. He also called on the legislature to revisit the law banning all abortion in El Salvador.

Until then, Beatriz, her family and her community must wait.

"Everything is so fluid right now, we just don't know," Striffolino told Salon. "Her life, literally, is in the hands of the court."