Glenn Beck is back

After a long exile, the former Fox News host is staging a conspiracy-fueled comeback 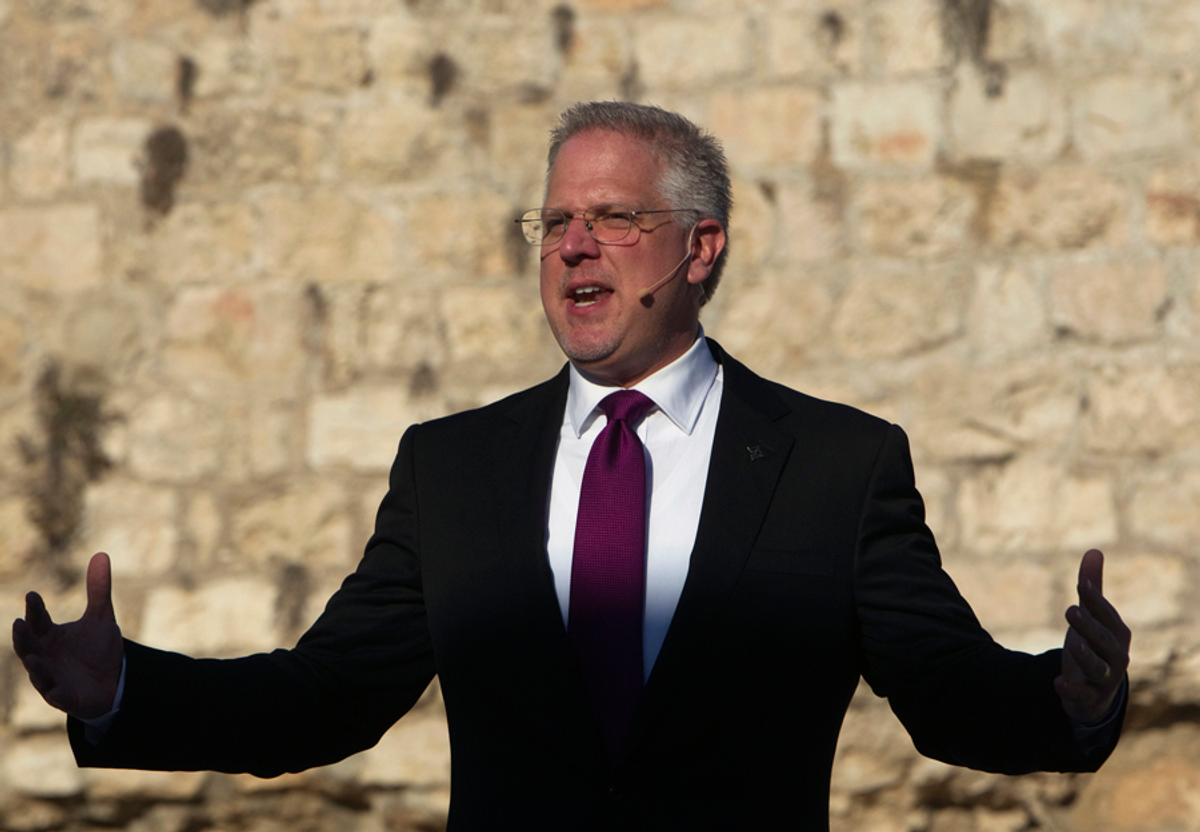 "I've missed you so much," Jon Stewart whispered longingly at an image of Glenn Beck on Wednesday night's "Daily Show," before kissing his fingers and then pressing them against the virtual cheeks of Beck's floating head in the video box over his right shoulder.

You thought the conservative broadcaster had been banished to the Siberia that is the Internet since he left Fox News in June of 2011, but thanks to some signature conspiracy theorizing in the wake of the Boston Marathon bombing, Beck is back, baby. Just look at this Google Trends chart for searches of his name beginning the month after he left Fox:

After leaving Fox, Beck toned down his rhetoric a bit, even flying this writer -- not exactly a huge fan of Beck's -- down to Dallas in January to help him debunk conspiracy theories about the Sandy Hook massacre. In the past two years, there have been lots of big stories about the business of what Beck is doing with his Internet venture, but fewer about what he was saying.

But after Boston, Beck was back to his old tricks, exposing a nefarious scheme by the U.S. and Saudi governments to cover up a “really bad, bad, bad man" -- the Saudi national who was initially suspected, then cleared, of being involved in the bombings.

Now, mounting an escape from exile, Beck is back to terrorizing the left. MediaMatters, which made Beck its public enemy No. 1 before hoping to forget about him forever in the summer of 2011, has been back on the case, along with liberal sites like Salon and Wonkette. Rachel Maddow did a powerful segment on the conspiracy theories that included Beck on MSNBC this week.

Josh Glasstetter of People for the American Way, whose Right Wing Watch blog has been one of the few that's tracked Beck in his exile, said they've seen explosive growth on Beck content recently. "In under a week’s time, our video of Glenn Beck promising to expose a government cove-up in the Boston Marathon bombing has been viewed half a million times. Beck has beaten out the likes of Pat Robertson, Ted Nugent and Herman Cain to claim the mantle of our most-viewed video," Glasstetter said, adding that much of the traffic seems to be driven by conspiracy websites.

Beck even returned to the air of Fox News last night, with his head held high, schooling Bill O'Reilly on this dangerous coverup.

The empire Beck has built outside Dallas is by all accounts going gangbusters and was an impressive operation up close when I visited. The network is reportedly bringing in around $40 million a year, with 300,000 subscribers who pay $10 per month, and more than 9 million unique monthly visitors to TheBlaze.com. And those revenue numbers will likely only grow exponentially if Beck succeeds in his campaign to get wider distribution on cable and satellite providers.

The question is: Now that he's having a mini-resurgence -- and sites are remembering the appealing traffic numbers that come with putting Glenn Beck in headlines -- are we all going to have to start paying attention to him again for good?