Senate fixes the (part of the) sequestration (that affects rich people)!

Just in time for members to fly home, Congress averts the one cut it cares about. Hint: Not Head Start! 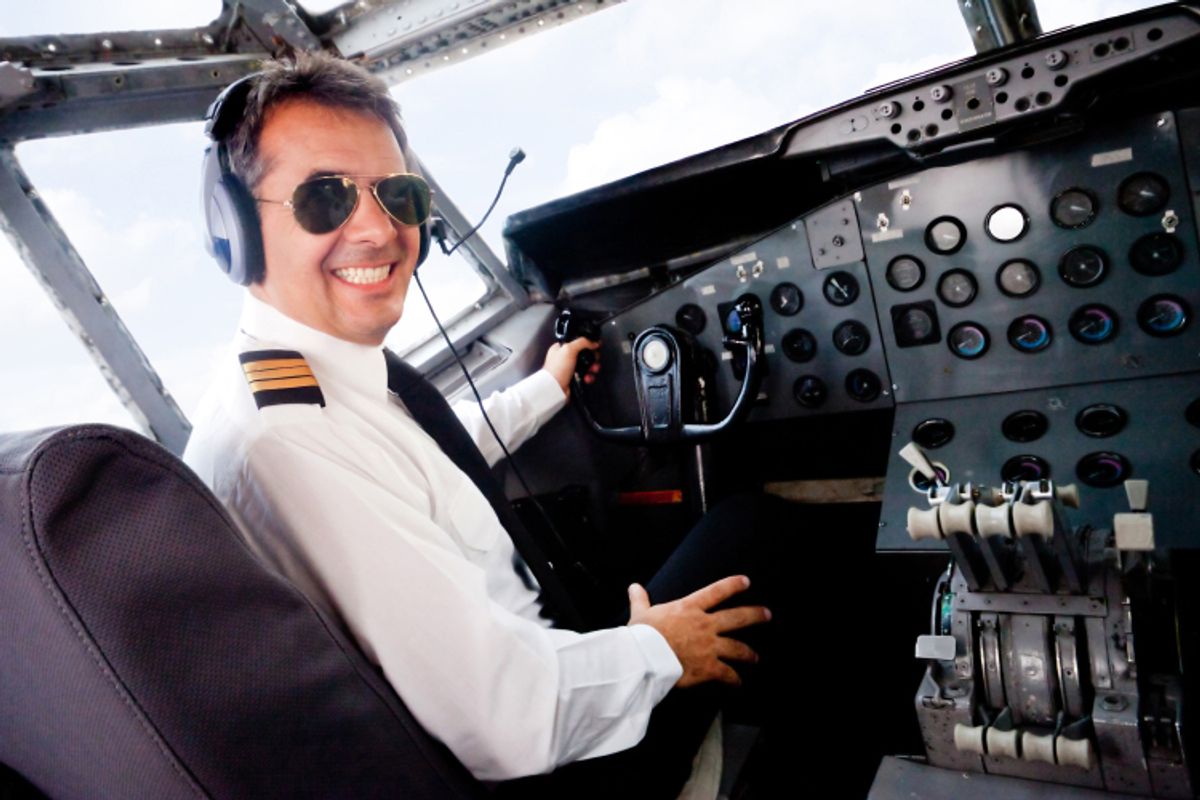 After a month or so of the sequestration budget cuts only affecting people Congress doesn't really care about, the cuts hit home this week when mandatory FAA furloughs caused lengthy flight delays cross the country. Suddenly, sequestration was hurting regular Americans, instead of irregular (poor) ones! Some naive observers thought this would force Congress to finally roll back the purposefully damaging cuts that were by design never intended to actually go into effect. Those observers were ... sort of right! The U.S. Senate jumped into action last night and voted to ... let the FAA transfer some money from the Transportation Department to pay air traffic controllers so that the sequestration can continue without inconveniencing members of Congress, most of whom will be flying home to their districts today. The system works! (For rich people, like I've been saying.)

The Washington Post says, "The Senate took the first step toward circumventing sequestration Thursday night," though in fact what it did was work to ensure that the sequester continues not affecting elites, who fly regularly. I am embarrassed that I did not predict this exact outcome in my column Tuesday morning. The Senate, which can't confirm a judge without months of delay and a constitutional crisis, passed this particular bill in about two minutes, with unanimous consent. The hope is that the House can get it taken care of today, I guess in time for everyone to fly to Aspen or wherever people whom Congress listens to fly to on Fridays.

After that Congress will be done fixing all the various problems with the design and implementation of the sequestration:

But House action on a broader deal to undo the across-the-board cuts appears remote. House conservatives say much of the impact has been exaggerated by the White House, and they have relished the success of forcing visible spending cuts on a Democratic administration.

“I think it’s the first time we’ve saved money in Washington, D.C.,” said Representative Raúl Labrador, Republican of Idaho. “I think we need to move on from the subject.”

Move on, people who may become homeless! We fixed the airports, what more do you want?

There was a big to-do yesterday about a Politico story insisting -- explosively! morning-winningly! -- that Congress was trying to exempt itself from Obamacare. Because this is Politico, the story was based on equal parts misunderstanding of policy and desire to create a fuss. The actual story is that Republicans proposed forcing members of Congress and their staffs to only use healthcare plans created by Obamacare or available in the exchanges. Democrats passed the amendment, as a sort of fuck you. But the exchanges are designed for people who don't have employers who pay for healthcare. Congressional staffers get employer-sponsored health benefits. The exchanges are explicitly not designed for employees of large employers who pay for healthcare, so some people are right now trying to figure out how to make sure staffers continue to get healthcare. It may end up not being a big deal, or it may require a tweak to the law. But it's not a scandal. (Honestly, it's all a pretty good argument for ditching employer-based healthcare in favor of universal single-payer but then again everything is.)

But the fuss was already created. The story will live forever, and no amount of debunking in the world will kill the popular myth that Congress attempted to secretly "exempt" itself from Obamacare. So self-serving!

Their staffers are generally the poorest people members of Congress know, and trying to make sure their healthcare is paid for is seriously the closest our legislature gets to altruism. But while the story of Congress working to make sure its staffers don't have to shoulder the entirety of their premium costs because of Republican political stuntmanship was treated as a scandal and an example of everything rotten about Congress, the story of Congress hurriedly making sure the well-off minority of Americans who fly regularly don't get briefly inconvenienced -- while ignoring the costs of brutal cuts on programs for low-income Americans facing housing or hunger crises -- is treated as a wonderful and encouraging display of bipartisanship.

Have a great flight home, senators!